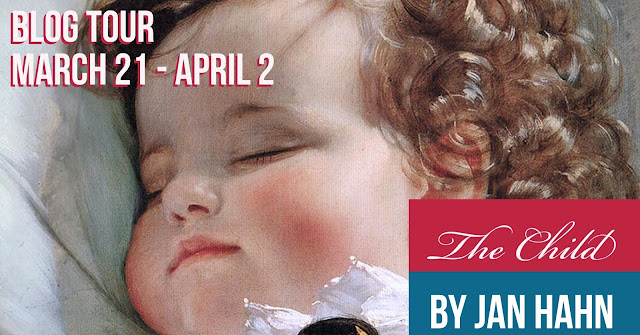 What a great place to begin the blog tour for my latest book! Thank you, Maria Grazia, for hosting me. I enjoy visiting your book club and discovering what you’re reading.

Most of my previous books have been written in Elizabeth Bennet’s voice, but I’ve ventured into new territory in The Child. It’s written strictly from Darcy’s viewpoint. Today, I thought we might start where he does, on the steps of St. George’s Church in London.

The parish still exists today in the City of Westminster, and I found some interesting bits about the church I’d like to share with you. I even found a slight connection to Jane Austen.


St. George’s is an Anglican church in Hanover Square, a fashionable residential district located in central London. The church was built in the early part of the eighteenth century in 1721. Because it is in the Mayfair area of London, it has been the scene of many stylish weddings for daughters of the ton. Thus, it seemed fitting for the Darcys to be members of St. George’s parish when they were in Town, and it provided the perfect setting for a Darcy wedding. 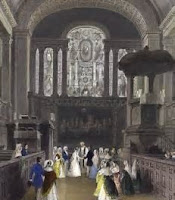 Well-known people who have married at St. George’s include:

• The daughter of English landscaper, Capability Brown, in 1773
• John Nash in 1798, a Regency architect who designed the Brighton Royal Pavilion and Buckingham Palace, and
•Theodore Roosevelt, 26th president of the United States, who married his second wife, Edith Carow, there in 1886.
St. George’s connection with Jane Austen involves Ann Radcliffe, author of The Mysteries of Udolpho. She was buried in a vault in the Chapel of Ease at the church in 1823. Austen referred to Radcliffe’s gothic novel in Northanger Abbey. 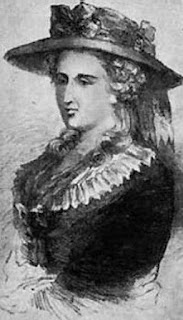 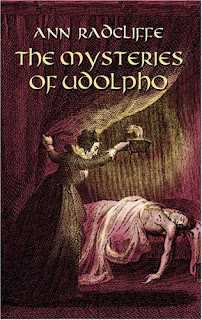 It is said that the famous composer Handel was a member of St. George’s parish. 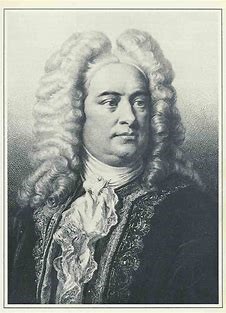 And at the other end of the spectrum of fame, Eliza Doolittle’s father desires to better his station in life by getting married at St. George’s in My Fair Lady. He sings about it in the song, “Get Me to the Church on Time.”

Although The Child begins at St. George’s, both Hanover Square and the church also play pivotal parts in Chapter Fifteen when Darcy has reached one of the lowest points in his life.

If I ever return to England, I’d like to visit St. George’s. I missed it the first time around, but now that Darcy has stood on its steps and sat in its pews in my book, I’d like to experience it first-hand. How about you? Have you ever visited Hanover Square, St. George’s Church, or Mayfair? I’d love to hear your comments. 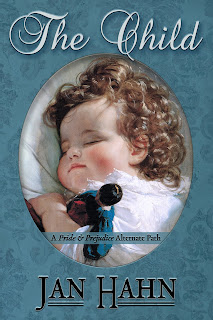 Will Darcy ever grow to love a child he never wanted?

In Jane Austen’s Pride and Prejudice, Fitzwilliam Darcy’s proposal to Elizabeth Bennet at Hunsford is disastrous. In Jan Hahn’s The Child, Darcy flees England soon afterward, striving to overcome his longing for her. Upon his return two years later―while standing on the steps of St. George’s Church in Hanover Square―he spies the very woman he has vowed to forget. But who is the child holding her hand?

Darcy soon discovers that Elizabeth and her family are suffering the effects of a devastating scandal. His efforts to help the woman he still loves only worsen her family’s plight. His misguided pride entangles him in a web of falsehood, fateful alliances, and danger.
Will Elizabeth be able to forgive Darcy for his good intentions gone awry? And what effect will the child have on Darcy’s hopes to win Elizabeth’s love?

Buy the book at Amazon or  Amazon UK 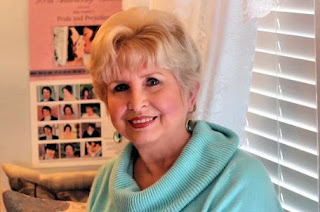 Award-winning writer Jan Hahn is the author of five Austen-inspired novels. She studied music at the University of Texas, but discovered her true love was a combination of journalism and literature. Her first book, An Arranged Marriage, was published in 2011, followed by The Journey, The Secret Betrothal, A Peculiar Connection, and The Child. The anthology, The Darcy Monologues, contains her short story entitled Without Affection. She agrees with Mr. Darcy’s words in Pride and Prejudice: ‘A lady’s imagination is very rapid; it jumps from admiration to love, from love to matrimony in a moment.’
Jan is a member of JASNA, lives in Texas, has five children and a gaggle of grandchildren.
Jahn Hahn’s Facebook Page  Jan Hahn’s Author Page

Love this story and I am so happy you published it!

That sounds like a good excuse as any to go back to UK! Will add to my list. I'm sure Joana Starnes, our resident Austen tour expert! would also be interested!

I don't believe I have visited St. George's Church but will next trip.

This book sounds so interesting... Wondering if the child is Lydia's? Would loe to win a copy of it.

Thanks so much for your comments, Vesper, Amy, Christina, Eva, Priscilla, and Janet! Wouldn't it be fun for all of us to meet Joana Starnes in London and let her show us around? We could make it into a week-long party or longer!

I would love to visit St. George’s Church someday. I am so happy to hear about your latest release and the blog tour to come.

Thank you! In 2012 I visited the film sites from the 1995 miniseries. Now I’d like to go back and visit the sites I’ve written about in my stories. See how many things I got wrong. ��

Really nice information you had posted. Its very informative and definitely it will be useful for many people

I've not visited England but it will be added to my list of places to go to when I travel there someday. Congratulations on the new release, Jan! And all the best for the tour. Can't wait to read what other posts that you have for us.

I hope you get to go to England. I’ll never forget it. Thanks for supporting the blog tour. I appreciate it!

There's so much to see in England that I need to go back and stay longer to experience some more of it's beauty and history!

Me, too, Dung! I need to spend at least three months in England. That won't happen, but I can dream.

Thanks for the great trip, I enjoyed it a lot. Congratulations on the release of your book Jan.

Thank you, Kate! I appreciate it.

I'm late to this tour (Real Life got in the way), so I'm having a marathon catch up this evening! Although I've visited London on a number of occasions, I don't think I've ever been to Hanover Square as far as I'm aware. Something to remedy one day, perhaps, especially if I can do it in the company of other like-minded folk. Thanks for another fascinating post Jan. Your book sounds amazing!

Thank you for this guest post! I like posts that teach me something and I find that using a blog tour to do this is a beautiful idea!
I have never been in England but I wish I could do, in my future, a trip on the footsteps of Jane Austen!

It is really a great and useful piece of info. I’m glad that you shared this helpful info with us. Please keep us informed like this. Thank you for sharing.

Kids Dentistry near me


This blog is a fascinating one and it induces me to know more about it. Thanks for the sharing

Nice Post, good creativity and great idea..keep sharing your ideas to inspire others.
if you are looking for zirconia crowns in india. then you can visit dental direkt india, which is best zirconia provider in india