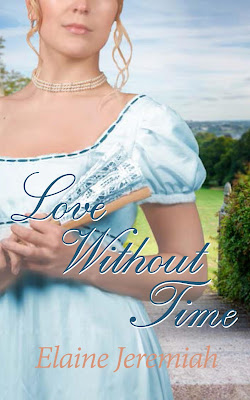 I know nearly everyone lists ‘Pride and Prejudice’ as their favourite Austen novel, but it’s mine too! It’s just so witty and fun and Elizabeth Bennet is the kind of person I’d love to be. She’s feisty, intelligent and confident and she’s not afraid to speak her mind. She won’t settle for anything less than true love and that’s why she refuses Mr Darcy the first time. She doesn’t love him – in fact at that point she can’t stand him. And Mr Darcy – the archetypal hero. Tall, handsome and brooding, what’s not to like?
Another aspect of it that I love is how it goes deeper than just a formulaic love story. Both Elizabeth and Darcy are forced to examine themselves and their behaviour. The fact that they’re both willing to change, to admit they were wrong is a sign of their integrity as people. They feel like such real characters and I think that’s why they’re so loved.

And what about time travel fiction? Do you have any favourite novel or author?

Actually, I haven’t read a great deal of time travel fiction, but what I have read I’ve enjoyed and it has definitely inspired me to write this trilogy. The ‘Confessions of a Jane Austen Addict’ books by Laurie Viera Rigler were great and I absolutely loved ‘The Jane Austen Project’ by Kathleen A. Flynn. Also Jane Odiwe has written a lovely story called ‘Searching for Captain Wentworth’. These are three very different books, but they’re fantastic reads and I’d highly recommend them.

If you could time travel to Jane Austen’s time, like your heroine, Cassie/Cassandra, what would you like to experience of that world and what would you miss the most of ours?

I’d like to experience England being far less built up and more open than it is today, with fresher air and no cars. To see the city of Bristol where I live as it was, just so much more countryside around. And it would be amazing to see a truly Regency Bath.
I think what I’d miss most of all from our time would be the ease of keeping clean and central heating/running water. No showers/deodorants/toilets/running water… Need I go on?!

Could you tell us more of Cassie? What kind of heroine is she?

Cassie is someone who at the beginning of the story isn’t very confident or sure of herself. But suddenly finding herself in Regency England forces her to be resourceful and assertive. She has to learn to think on her feet and make decisions – like what to tell these Regency people she’s meeting about herself, where she’s from. Obviously, she has to make up stories. She couldn’t tell them the truth, they’d never believe her. And this is what a lot of the tension in the story is centred on: how can Cassie be believable to these people when she’s having to make up a whole load of stories about who she is and where she came from?
Ultimately, having to make these decisions causes Cassie to become a stronger person which is what you see more of in book 2.

Does she end up in one of Jane’s novel and interact with her characters or does she meet Jane herself?

No, she doesn’t end up in one of Jane’s novels or meet Jane herself, but she does meet plenty of ‘real life’ Regency people and gets to experience life in Regency England first hand. There are plenty of references to Jane Austen’s work too.

Is this your first novel? Do you plan to write more Austen - inspired fiction?

This is actually my fourth novel. My first three were modern-set novels. I definitely plan to write more Austenesque fiction – as mentioned, this is the first in a trilogy but I’m also considering experimenting with writing a more ‘traditional’ Jane Austen fan fiction story, maybe a novella, in between writing book 2 and 3 of this trilogy. This could be a Darcy/Elizabeth story, or I might expand a short story I’ve written about Jane Fairfax.

How would you promote Love Without Time in a tweet? 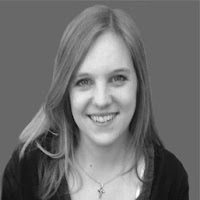 About the author: Elaine Jeremiah

I live in Bristol, UK with my husband and our dog. I’ve always enjoyed writing and telling stories, but it's only in recent years that I’ve turned to writing novel-length stories. Although in the past I’ve experimented with different genres, as a lifelong fan of Jane Austen, I feel I’ve found my niche with Jane Austen fan fiction. When it comes to reading, I enjoy books of many genres - as long as they have a great plot, engaging characters and a fulfilling ending.

When Cassie Taylor meets an ordinary-looking man in a bookshop, the last thing she imagines is the encounter will lead to her time travelling to Regency England.


Jane Austen-obsessed Cassie would love a romantic hero of her own to sweep her off her feet, but meeting Ted is seriously underwhelming. Then everything is turned upside down when Ted saves her life – and she nearly ends his.
Guilt-ridden and panicked into saying she’s Ted’s girlfriend at the hospital, Cassie takes a walk outside at night, loses her way and finds herself in the past. She meets a young Regency woman, Isabella, who takes pity on her, allowing her to stay at the majestic Westerleigh Hall. But not everyone there trusts her and Cassie will find there are many pitfalls to be avoided if she’s to survive in this world.

Can this be real? Is she dreaming? Will she ever get home?


a Rafflecopter giveaway
Posted by Maria Grazia at 09:30

I loved that book Elaine and cannot wait to read the sequel.

Lots of look with your writing.

I think I was half asleep when I wrote my comment, or either need new glasses. I meant to say I Loved the first book and can't wait to buy the sequel. And I wish you "lots of luck" with the final book of he sequence. :)

Ha ha thank you so much Brenda!

I just read The Jane Austen Project and that makes this book appeal to me. I see a fantastic up-and-coming author in Elaine. Thanks for this post, Elaine and Maria!

Thank you so much Suzan! Glad you enjoyed the post.

I so enjoyed the interview & your book sounds wonderful!! I’m not normally a timetravel fan, but if you can go back to the Regency era, well that is just so tempting I cannot resist :D

Thank you so much Mary and Charlotte for your lovely comments. Hope you get to read my book sometime! :D

Thank you! I hope you get to read it sometime soon. Good luck in the giveaway!

What a fun concept, I love to immerse myself in all things Jane. A visit to “her” England would be great, if only for a day or two. So your story sounds lively to me!!

Thank you so much Jo's Daughter! Good luck in the giveaway.

I too love Laurie Viera Rigler's Austen-inspired time travel novels, Elaine. I haven't the other two books yet but it's on my wish list along with Love Without Time. I prefer to wait until all three books are published before giving your trilogy a go. Thanks for the giveaway.

Thank you Luthien! I can definitely understand your logic! ;o) I hope you enjoy my books when you get the chance to read them.

I would like to thank you for the efforts you have made in writing this article.
Management Assignment Help

Slim Ambition Keto Weight Loss is the freshest keto decision that could empower you to thin some place close expending your extra fat for imperativeness! Using the ever-standard keto diet, these pills could work to empower you to meet your weight decrease targets to some degree less difficult. If you are endeavoring to remain mindful of your weight decrease since you aren't getting results, you could endeavor keto! Regardless, is the Slim Ambition Keto Supplement better than our fundamental keto pill? Snap the banner underneath to witness firsthand how these things break down before arrangements are no more!
Read more >> https://www.sharktankdietary.com/slim-ambition-keto/
https://www.facebook.com/SlimAmbitionKetoPills/
https://www.facebook.com/SlimAmbitionKetoReviews/
https://sites.google.com/site/slimambitionketoreviews/
https://sites.google.com/site/slimambitionketopills/


Enhanced Keto Pills Reviews: This is a genuinely new enhancement available. In this way, there isn't a huge amount of data out on it. In any case, we're going to let you know however much as we think about Enhanced Keto Pills Ketosis Weight Loss Formula as could be expected. This item professes to have the option to enable you to get more fit. It fundamentally claims to have the option to keep you in ketosis on the off chance that you need to take a cheat day from the keto diet itself. Notwithstanding that, they guarantee that this 800mg BHB Ketone equation can enable you to get in shape too quick. Presently, we're going to make sense of whenever Enhanced Keto Pills Diet Pills work. Since you have the right to know this before you purchase anything. Continue perusing or snap underneath to check whether they made the #1 spot now! Read more: http://www.pillspanda.com/enhanced-keto-pills/