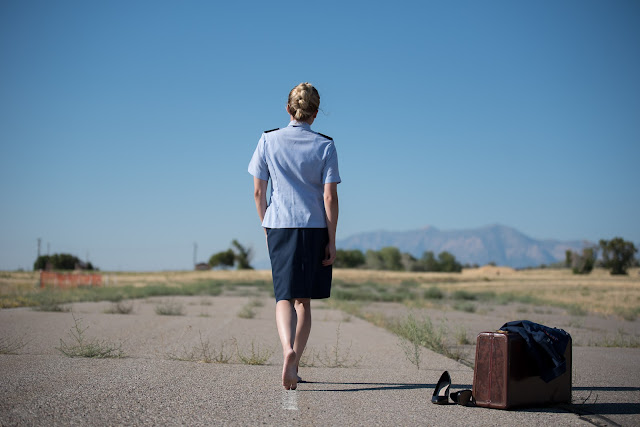 Thank you, Leigh for taking the time to answer a few questions and, above all, for being my guest again. Let's start from your heroing. Can you give us an insight into your main character, Elizabeth Bennet. 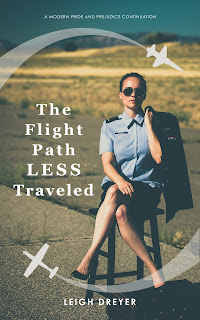 My Elizabeth Bennet has just gone through tremendous trauma at the end of The Best Laid Flight Plans and now she has to get back up, brush herself off, and push forward. In the original Pride and Prejudice Elizabeth faces a lot of invisible enemies (marriage or lack thereof, the entailment, etc.), but I wanted to see where she would take me when her enemies were very much physical. Would she be strong and fight?

This book is part of a series, tell us a little about it?

The Flight Path Less Traveled is book two in a series of three planned books: The Best Laid Flight Plans, The Flight Path Less Traveled, and Came a Flight Gently. The first book is a P&P variation whose story line closely follows the events of P&P. The next two are original continuations although you will definitely see other favorite Austen characters and events as the story continues. Each book is an altered line from a poem that I find meaningful and that I feel speaks to the tone of book I wanted to write.

Tell us about the cover/s and how it/they came about. 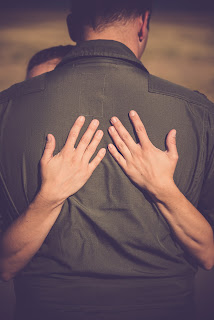 The photoshoot was done in Utah by Monica Cook, a military spouse, who runs Joyous Reflections Photography and Portraiture, at the Air Force museum at Hill Air Force Base. It was important to me to highlight Elizabeth as a female officer. Females are so rare in the pilot world that I wanted to be able to see Elizabeth as I see her, a strong woman who is willing to work harder than anyone else to achieve what she sees for herself. I made the choice to have the little ringlets and her hair up in a kind of braid Mohawk, because I thought it was a fun throwback to the Regency hairstyles. Of course, after the events at the end of The Best Laid Flight Plans, she is pictured out of a flight suit and in her blues, but I wanted to continue to present that strong image as she fights to recover.

Which actor/actress would you like to see playing the lead character from your most recent book?

When I answered this for The Best Laid Flight Plans, I said maybe David Gandy for Darcy and Katherine McNamara or Lily Collins for Elizabeth. Now, I’m kind of thinking brunette Chris Evans and Gal Gadot or a young Marissa Tomei. I picture a modern Elizabeth as a strong, independent female, but also fun and feisty and never cruel.

Which writers inspire you?

For your own reading, do you prefer ebooks or traditional paper/hard back books?

I prefer paper books, but I do the vast majority of my reading on kindle or on my phone because they are so easy to drag around with me. I work a lot and am frequently running around with my kids so carrying a paperback isn’t always practical. I do all my reading on my Kindle Paperwhite and have for about five years.

What are you working on at the minute?

Book three, Came a Flight Gently and a short story about how Mr. and Mrs. Bennet meet and get married. I’m also working on outlining a time-travel story.

Came a Flight Gently will start where The Flight Path Less Traveled ends and will continue the story in New York and feature the Reno Air Races (National Championship Air Races), the last of the great pylon races.


You can buy the book online at amazon.com or amazon.UK

a Rafflecopter giveaway
Posted by Maria Grazia at 09:33

I'm excited about this release, I've been looking forward to it. the whole idea is so interesting, and I loved the reviews of the first book. Reading the reviews made me wait to read Book 1, because I don't enjoy cliffhangers. I'm going to read both of them together, unless there is another cliffie waiting at the end.
Congratulations Leigh, I love the covers for both books.

Enjoyed the interview. Congrats on the release and thank you for the chance to win a copy. As for the question about my favorite pilot real or fictional, I would say Goose since I have fond memories of watching that movie with my family.

I enjoyed the interview. I read many of the same authors. I have the first book on a veryong tbr list waiting to be read and the second is on my wish list.

I am definitely going to have to read book 1 again before reading books 2 & 3, and all 3 at once! So I'm glad that you're hard at work on book 3. And I also eagerly look forward to the time travel story.

As a former USAF officer myself I really enjoyed your first volume and have been looking forward to its sequel. Of course it has been many years since I wore the uniform (1974-79); but I spent one of those years in South Korea when China was doing in air nuclear bomb testing in Manchuria and two of our US Army officers were killed at Panmunjom. The world can be a very dangerous place. Thank you for bringing the milieu of the military to the world of Austenalia.

Love the interview and info about the photo shoot. Do not include me in the giveaway. I already have the book.

This is very exciting about your coming projects too! Congratulations XO

The second book leaves it open, but definitely isn't a cliffhanger by any means. Read away! (And thank you for your kind comments about the covers. I am still blown away by how great they turned out)

I know I say it in my bio, but I really was basically Goose and Meg Ryan's child growing up. Did you enjoy the little Goose Easter egg in Captain Marvel?

Reading buddies! If you have any great recommendations, shoot them my way!

Thank you! Send me lots of efficient writing vibes!

The service has wildly changed since you were in, but I lived at Osan growing up and later lived in Korea as an adult (fun fact: I also speak Korean) so it has a fond place in my heart. Thank you for your kind words and I'm glad the book reflected positively on your experiences.

Best vacation ever? I do the same! My most memorable was traveling around the US with my parents and 4 siblings and staying up until 3 am crying over Beth's death in Little Women in a hotel bathroom because no one would let me leave a lamp on. Hahaha

Thank you! The photo shoot was great fun!

Loved the cover for The Flight Path Less Traveled, Leigh. And it was great to know you better through the interview.

Referring to Maria Grazia's question, I like the character played by Owen Wilson in the movie Behind Enemy Lines.


You will need to know how to create a questionnaire is you study psychology especially. While there are situations in which a simple “yes” or “no” response will do, there are other times when you need to collect rich data that provides more details about customer preferences.