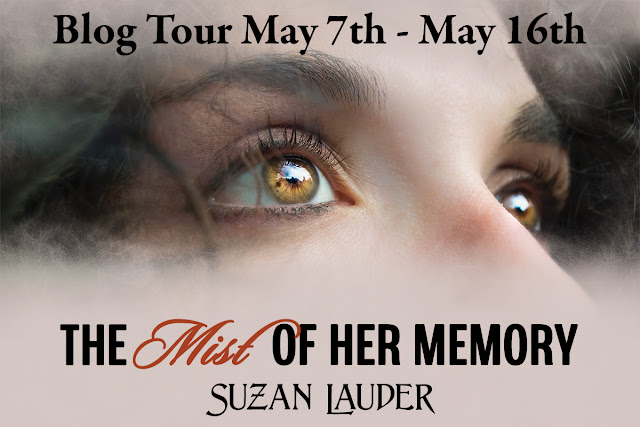 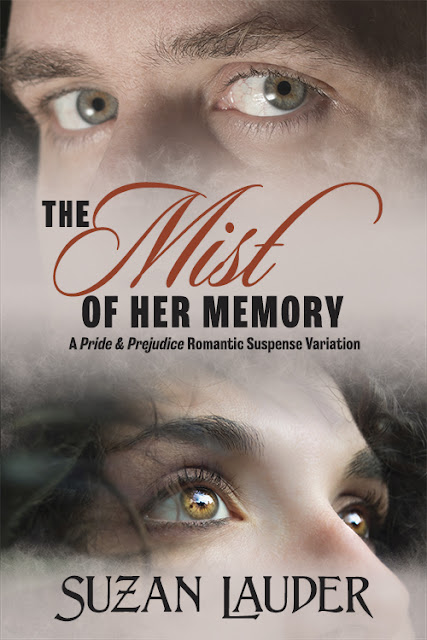 Which of Elizabeth’s recollections bear the closest resemblance to the truth? And what is the result of her sister Lydia’s elopement with Mr. Wickham? How is Mr. Darcy to rekindle his romance with Elizabeth when her aunt and uncle strictly shield her from him?
Prepare to grip the edge of your seat during this original romantic tale of suspense and mystery, another Pride and Prejudice variation by bestselling author Suzan Lauder.
“Suzan Lauder skillfully weaves a story that submerges you into the plot and doesn’t let go. The Mist of Her Memory’s twists and turns hold a well-guarded secret that keeps you guessing until the very end.” 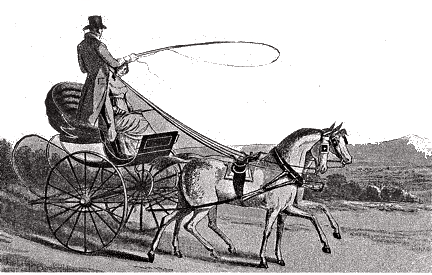 The orchestra played the introductory notes to the next dance, signalling to anyone promised  for the dance to join the lines within the centre of the throng and saving Miss Bingley from  continuing to make untoward comments about the Bennets. He had suffered more than enough of the three ladies’ sycophantic behaviour, and he was relieved when they were collected by their respective partners. Miss Bingley tried to tarry as long as she could, but her dance partner wanted a prime spot in the line and led her away while she gazed over her shoulder at Darcy. He turned away.

He himself had not committed to any lady other than relatives tonight, and those sets would  be later on in the festivities. As the current dance commenced, he procured some mulled wine and wandered the edges of the ballroom, nodding and acknowledging acquaintances and stopping to speak briefly to those he called friends. Few of these conversations took place, and Elizabeth’s words rang in his ears, challenging him to practise his skills of speaking comfortably to strangers. He took the easy course and began with his cousin Colonel Fitzwilliam.
“I feared I might have to extract you from the situation you became entangled in near the entrance,” the colonel said. Richard could be counted upon to divert an awkward moment in any situation. “It was brief, thanks to Mr. Dahl’s quickness in collecting his partner for the best spot in the formations.”

The colonel smirked. “Ah, Dahl. His estate is entailed, and his tastes never fail to be more expensive than his income. A bit of love for wagering on sport as I understand it. He needs an infusion of money from a wealthy lady, and Miss Bingley is not so difficult to look at.”
“I did not know you were well acquainted with him.”
Richard’s head jerked back as if he were affronted. “I am not. I merely like to keep abreast of what is happening in the world. I must save myself by deflecting ladies like Miss Bingley towards men like Dahl.”
Darcy nodded. “So merely a distant acquaintance then?”
“Indeed. Speaking of such, I have no new information for you on the old acquaintance you seek. I do not believe you wish to call him friend.”
The light mood was done with. “I am sorry to hear it.”
“On a similar bent, another acquaintance appears to be missing, which causes me some grief, and I cannot, for the life of me, figure out how to deal with it.”
This caught Darcy’s attention. His frame stiffened, and he sat a little straighter. Did the colonel speak of Elizabeth? After all, she was supposedly on the continent, yet also believed to be in Bedlam. Richard knew of Miss Lydia’s disappearance with Wickham. Who else could be missing?
Fitzwilliam continued, “Sir Frank Nelson-James of Mellonleigh in Sevenoaks was courting my sister all season last year.”
“Yes, I recall seeing him dance with Lady Margaret as much as propriety allowed.”
“He has not been seen for nearly a seven month. Maggie is crushed, alternately thinking she has fallen out of favour with Sir Frank and blaming herself, and other times, thinking the worst has happened. Some said he was at his country home, but he was expected at Matlock after a critical race with his driving club. He was last seen on his way north in early August.”
Darcy rubbed his chin. “That does not sound like Sir Frank.” The gentleman in question was well respected and reliable, and the Fitzwilliams had held the expectation of a brilliant match with the quiet and unassuming Lady Margaret.
“I probably should have mentioned it earlier, but I half expected him to show up out of the blue. Yet it has not happened. No one wanted to cast aspersions on his character, as if he were doing something nefarious rather than following through on expectations.”

My thanks to Maria Grazia for hosting this excerpt and to Claudine for organizing the blog tour. 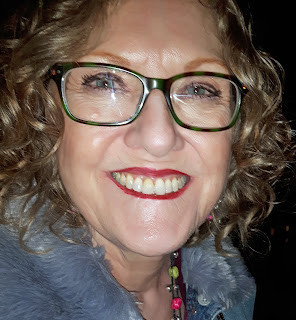 A lover of Jane Austen, Regency period research and costuming, cycling, yoga, blogging, and independent travel, cat mom Suzan Lauder is seldom idle.
Her first effort at a suspense novel, The Mist of her Memory is the fifth time Lauder has been published by Meryton Press. Her earlier works include a mature Regency romance with a mystery twist, Alias Thomas Bennet; a modern short romance Delivery Boy in the holiday anthology Then Comes Winter, the dramatic tension-filled Regency romance Letter from Ramsgate, and the Regency romantic comedy, A Most Handsome Gentleman.
She and Mr. Suze and two rescue cats split their time between a loft condo overlooking the Salish Sea and a 150 year old Spanish colonial home near the sea in Mexico.
Suzan’s lively prose is also available to her readers on her blog, road trips with the redhead www.suzan.lauder.merytonpress.com, on her facebook author page https://www.facebook.com/SuzanLauder, on Twitter @suzanlauder, and on Instagram as Suzan Lauder. She is a lifetime member of JASNA.


a Rafflecopter giveaway
Posted by Maria Grazia at 09:00

Enjoyed the excerpt. Thanks for the chance to win a copy of the book!

This is an intriguing scene: it sets up another layer of mystery to the story, and readers are assured, even if Elizabeth is not, that she is very much on Darcy's mind.

Thanks for the intriguing excerpt, Suzan Lauder. I, like Vesper, love romance and mystery mixed. You did it well.

Thanks for hosting the excerpt, Maria.

Vesper, I recall your need to read stories about secondary characters--I hope you'll read this one for its special deviation from most JAFF. Thanks to you, darcybennet, Kelly, and Janet for commenting, and best of luck on the draw. This has always been a fave site for a blog tour. Thanks, Maria, for having us join you!

Elizabeth on the continent or in Bedlam? Oh my. I must read this. Thank you for the generous give away.

Yes, those are the possibilities one would come up with for someone missing after a head injury in the Regency. You're welcome, and thanks for dropping by!

I'm quite curious of this mystery as it drew me in the moment I read the blurb. Lots of questions are in my mind but the answers can be found by reading the novel. Thank you for sharing a snippet from your book, Suzan.

I look forward to knowing what you think about it, Lúthien.

The subject of Philosophy and its subcategories have been widely discussed in both the Western and non-Western world albeit with different focuses. Philosophy includes many different subfields involving investigation into our existence. These subfields include epistemology, ethics, logic, metaphysics, philosophy of science, social and political philosophy, and Metaphilosophy. Epistemology focuses on the study of Knowledge, also known as “Theory of Knowledge”. Ethics involves the study of moral values and rules, Logic; the study of reasoning. Metaphysics is the study of being and knowing also known as the principles of reality. Read more at http://writeacoverletters.com
One of the first points to be clear about is that a philosophical essay is quite different from an essay in most other subjects. That is because it is neither a research paper nor an exercise in literary self-expression. It is not a report of what various scholars have had to say on a particular topic. It does not present the latest findings of tests or experiments. And it does not present your personal feelings or impressions. Instead, it is a reasoned defense of a thesis.