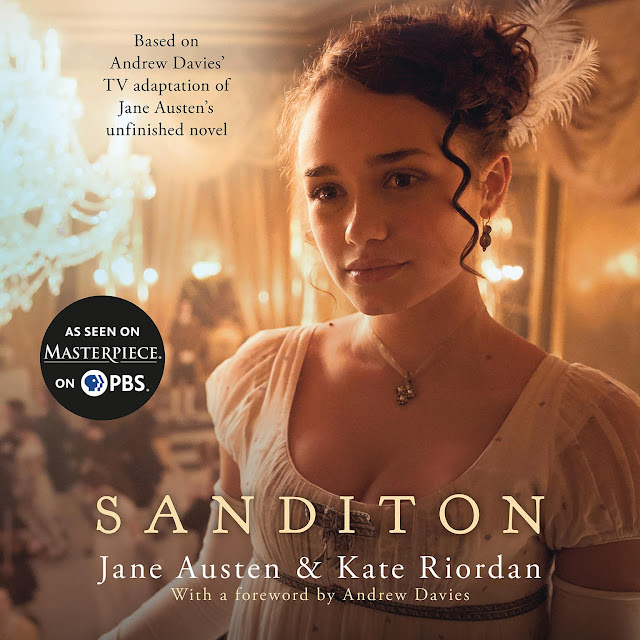 When Jane Austen was chronically ill with a mysterious disease in early 1817, she turned her thoughts to a happier subject. She started working on a witty and delightful novel set in a seaside town, Sanditon.  She never finished it. She just left us 11 chapters, about 60 pages.

Sanditon tells the story of Tom Parker, who is obsessed with turning the sleepy seaside village of Sanditon into a fashionable health resort. He enlists the backing of local bigwig Lady Denham. Through a mishap, Tom makes the acquaintance of the Heywoods and invites their eldest daughter, Charlotte for an extended stay at Sanditon.

How does a well-known contemporary historical-fiction writer feel following in Jane Austen’s footsteps? That must have been scary. As Kate Riordan confessed in an interview she granted me when her book was released in the UK. She had to avoid thinking about that too much, she would be too intimidated to start. So from the beginning she, who dearly loves Jane Austen, felt honoured to have anything to do with her work, but tried to view Sanditon as a   collaboration between Austen and Andrew Davies, with herself coming in as a distant third and she also deliberately avoided reading any other completion of Austen’s unfinished final work, Sanditon.

Kate Riordan’s task was to turn Andrew Davies’s  and Justin Young’s scripts for the 8-part TV series Sanditon - now on Masterpiece PBS for US and Canada viewers - into a novel.  She didn’t have much space for creating her own plot and sub-plots,  but she got the licence to fill in the gaps due to the different type of writing and she did it as creatively as she could. Writing a screenplay is certainly different from writing a novel, so she gave her own personal pace and style to the narration, and that happened before watching how those scripts would be performed and interpreted by the actors on screen.

It will be inevitable to see Theo James, Rose Williams, Jack Fox, Charlotte Spencer and all the brilliant cast members in your mind's eyes while reading. You will even hear their voices delivering the lines. And,  by the way,  are you particularly fond of a certain scene or line?  Well, good, because they are all there. All the dialogues, the conversations you've come to love were used by Kate Riordan and enriched with highly descriptive passages   and, I'll add, well contextualized.

My best favourite lines? Sidney's crucial revelation: "I think I am my best self, my truest self  when I'm with you" or Charlotte's sharp  (and hilarious) remarks "But not with me, pray", "I decided against it!"

Discovering little scenes that didn't make it to the final cut

There are scenes or bits that didn't make it to the final cut and we didn't get to see them on our screens. They were in the original script and they have been included in Kate Riordan novelization. For instance, do you like sweet, ambitious Young Stringer? You'll find more of him.  There are a few scenes in the book that I would have loved to see acted by Leo Suter.

Access into the inner thoughts of your favourite characters

What was Charlotte thinking on her first meeting with handsome Sidney Parker? What were his thoughts on the same occasion? What are Young Stringer's thoughts and feelings? Is he in love with Charlotte or is he just a sympathetic listener? Reading the novelization gives you a key to enter the characters' emotions, thoughts, reactions in most of the scenes.

This is an activity I particularly like: reading a book then noticing the differences once I'm watching  its screen adaptation. But the opposite is also possible, isn't it? Watching a TV series, and after getting to love it,  trying to fill  in the void it left reading its novelized version,  noticing any little different nuance, fact, line, event, behaviour, expression.

It's not criticism toward the writing of the TV authors nor to Kate Riordan's work, but while reading and imagining what the original scripts must have been like, just made me realize how much the on- screen chemistry between the two protagonists added to the original text: Theo James and Rose Williams did an awesome job,  they created palpable tension  and made some scenes magic. The same could be said for the comedy side in the story: Miss Lambe, the Parker siblings, Lady Denham among others  were brilliantly brought to life with lively, vibrant performances.

Can you enjoy the book independently from the TV series?

Of course,  you can! It's well written and fast paced, with good characterization and highly descriptive passages,  twists and turns abound  as well as  passionate romance and intrigue. If you expect Jane Austen's refined 18th century style, you may be disappointed, but if you look for a thrilling Regency rom-com, this book won't disappoint.

Official description of the book 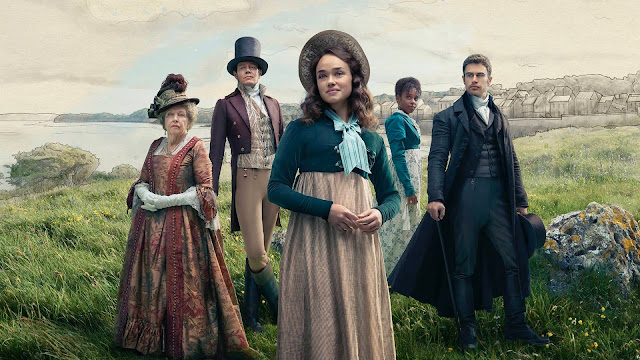 In the vein of Downton Abbey, Jane Austen's beloved but unfinished masterpiece-often considered her most modern and exciting novel-gets a spectacular second act in this tie-in to a major new limited television series.

Written only months before Austen's death in 1817, Sanditon tells the story of the joyously impulsive, spirited and unconventional Charlotte Heywood and her spiky relationship with the humorous, charming (and slightly wild!) Sidney Parker. When a chance accident transports her from her rural hometown of Willingden to the would-be coastal resort of the eponymous title, it exposes Charlotte to the intrigues and dalliances of a seaside town on the make, and the characters whose fortunes depend on its commercial success. The twists and turns of the plot, which takes viewers from the West Indies to the rotting alleys of London, exposes the hidden agendas of each character and sees Charlotte discover herself... and ultimately find love. 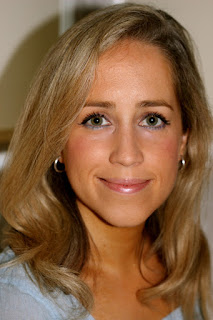 Win a copy (US Only)

a Rafflecopter giveaway
Posted by Maria Grazia at 09:42

Wonderful post. I was trying to decide if I should add the book to my list. I believe you have me convinced! Thank you for the giveaway.

Enjoying the tv adaptation so far so would love to read this.

I love the show and can't wait to read the book.

would love to read the novelization.

I am enjoying watching Sanditon and would love to read the book for more! Thank you!

I am a Book Lover! I am very interested in having this book! Reading the story-layer will fill in the gaps, of this story. It definitely will enhance viewing the adaption. Being able to put scenes alongside the print; is an excellent way to share & highlight both the adaption/ print formats!

Does the book have a Jane Austen ending , or the awful tv ending