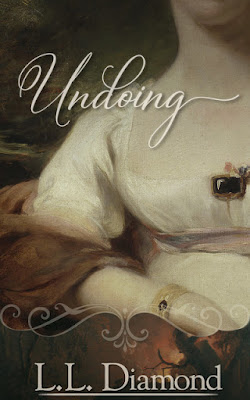 In 1773, the real Lady Amelia Darcy married Francis Osborne, who was at that time the Marquess of Carmarthen. After Amelia’s death, Osborne became the 5th Duke of Leeds. When I first started writing Undoing over five years ago, I called the duke in my story by a different title (that’s a story for another blog post!) and his first name was Thomas. When I began updating it, I remembered this link between a real-life Darcy and a dukedom and wanted to use that link in my story as well—a little reality mixed in with the fiction.

The first thing I did was change the duke’s title to the Duke of Leeds. The problem was when I checked the name of Amelia and Francis’s son, it was George, a commonly used name for Fitzwilliam Darcy’s father. In fact, I had already been using George Darcy in the story. The last thing I wanted to do was go back and change every occurrence of Thomas and George, and frankly, I really liked the names the way they were. Just for kicks, I checked the names of the Dukes of Leeds before and after Francis to see if another name would fit. The Osborne men did not have a wide variety of first names, using Peregrine and Thomas most frequently. Needless to say, Thomas was there so I kept Thomas.

So does Amelia appear in Undoing? Yes and no. Amelia is referred to in Undoing, though only as Thomas’s mother. He is an older gentleman, only a few years the elder Mr. Darcy’s senior, so the fictional Amelia is long gone. However, I still love the true to life Darcy connection.

Just to give you a bit more information on the real Amelia. She had her own titles to join those of the Marquess. With the death of her father in 1778, she became the 12th Baroness Darcy de Knayth and the 9th Baroness Conyers since she was Robert Darcy’s only surviving child.

In contrast to the story, the real Amelia Osborne, much like Lydia Bennet, was not an ideal relation. In 1779, Lord and Lady Carmarthen actually divorced. Lord Carmarthen accused Amelia of adultery with John “Mad Jack” Byron, father of poet Lord Byron. Supposedly, Byron visited Amelia at her Grosvenor Square home while her husband was not in residence. The interesting part is that Amelia married Byron almost as soon as her divorce was complete—a patched up affair indeed!

CHECK THE BOOK ON AMAZON

March 17th 1809
Worth House
London
Dearest Jane,
I do apologise most heartily for my lapse in correspondence, but in my defence, I have not had the time to put pen to paper. We have regularly attended balls and dinners since our arrival in London, which has caused me to woefully neglect you, my dear. I do hope you will forgive me since I cannot do without your regular correspondence!
Despite the hectic schedule, I did manage an afternoon with my Aunt Gardiner and the children. My husband had business in that part of town, so he delivered me personally to our aunt and uncle’s home during his trip.
How the children have grown! I so enjoyed their company. I have greatly missed Aunt Gardiner and her counsel, and I confess I quite enjoyed spending the day without the whispers and stares of society. The easy company at Gracechurch Street was just the respite I required.
Though I may sound bitter, I assure you, I am not. I have made a friend, Lady Vranes, who possesses an independent spirit I admire and strive to emulate. She scandalously befriends who she wishes and has included me in several outings to art exhibitions, which I have enjoyed immensely. She intends to sponsor a female artist—a Miss Geddes, who shows a great deal of promise with her portraits.
I penned a letter to Mama today. She has been upset at my lack of correspondence, so I do hope she has not been too insufferable to bear. I reported the particulars of my presentation at court to the minutest of details. I felt it a pretentious absurdity, but I know she will recount every bit to the neighbours while Papa rolls his eyes. I do understand it is considered necessary to my new position, yet I am relieved the ordeal is done. The monstrosity of a gown was the most uncomfortable thing I have ever been forced to wear—truly a travesty!
Tonight, we expect the Darcys of Pemberley for dinner. Mr. George Darcy, the duke’s first cousin on his mother’s side, seems a gentleman in the truest sense of the word. I must say my husband certainly favours that side of his family. Although his hair has a touch of grey, they boast the same dark curls and certain aspects of their features are identical. I see a great resemblance—more than to the portraits of his father at Worthstone.
Yet, I digress. The Darcys are to come for dinner. I met them at Lord and Lady Vranes’s ball, and they were amiable company. The elder, Mr. George Darcy, is very tall, and I believe a similar age to my husband.
His son, Mr. Fitzwilliam Darcy, is likely to be near five and twenty. I must confess, my dear Jane, the son intrigued me at our first meeting. He appeared out of sorts and very proud, but upon further examination, I believe my first assumption incorrect. As a favour to my husband, the younger Mr. Darcy requested a set, and after our dance, I am more inclined to believe his behaviour is merely reserved.
My husband says their estate is worth ten-thousand pounds per annum, so I imagine the gentleman is much sought after by the ladies. Could you imagine Mama’s raptures should he find his way to Meryton? “Mr. Bennet, such a fine thing for one of our girls!” She would likely have you riding in the rain to take tea with his sister so you would be forced to spend the night!
Dearest Jane, I do hope you are well! I confess to melancholy in the absence of your company! You must pen me a letter soon and tell me all of the latest news from Hertfordshire. Pray limit it to the news and not the gossip Mama so delights in.
Yours,
Lizzy 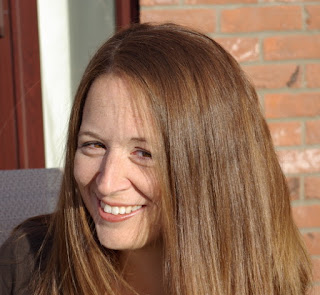 L.L. Diamond is more commonly known as Leslie to her friends and Mom to her three kids. A native of Louisiana, she spent the majority of her life living within an hour of New Orleans before following her husband all over as a military wife. Louisiana, Mississippi, California, Texas, New Mexico, Nebraska, and now England have all been called home along the way.
After watching Sense and Sensibility with her mother, Leslie became a fan of Jane Austen, reading her collected works over the next few years. Pride and Prejudice stood out as a favourite and has dominated her writing since finding Jane Austen Fan Fiction.
Aside from mother and writer, Leslie considers herself a perpetual student. She has degrees in biology and studio art, but will devour any subject of interest simply for the knowledge. Her most recent endeavours have included certifications to coach swimming as well as a fitness instructor. As an artist, her concentration is in graphic design, but watercolour is her medium of choice with one of her watercolours featured on the cover of her second book, A Matter of Chance. She is also a member of the Jane Austen Society of North America. Leslie also plays flute and piano, but much like Elizabeth Bennet, she is always in need of practice!
Leslie’s books include Rain and Retribution, A Matter of Chance, An Unwavering Trust, The Earl’s Conquest, Particular Intentions, Particular Attachments, Unwrapping Mr. Darcy, It’s Always Been You, It’s Always Been Us, It’s Always Been You and Me, and Undoing, which releases April 1st.

It's always fascinating when an author has historical references as inspiration for the story behind the novel, and this history was fun to read. Thanks, Leslie!

I love that Elizabeth seems to understand Fitzwilliam’s personality straight away! Such a shame she’s already married!
I like the fact that you referenced actual correct names! The research you authors do is amazing (and a reason that I could never write - well besides the fact that story ideas only strike me when I read them in somebody else’s book!)
Thank you for sharing this Leslie.

I love that you combined historical facts with fiction.

I am so looking forward to reading this book. I really want to know what the Duke's secret is!

Thanks, everyone! It was a lot of fun and I haven't even revealed the real-life inspiration for the Duke of Leeds! Eventually, I'll let you in on it. Of course, it's in the Acknowledgements too :) Thanks again!

I read about 1/3 of this last night, and it's a riveting read! I have a feeling I will finish it today!

I second that I enjoy the facts combined with fiction! Love reading the excerpts on the blog tour!