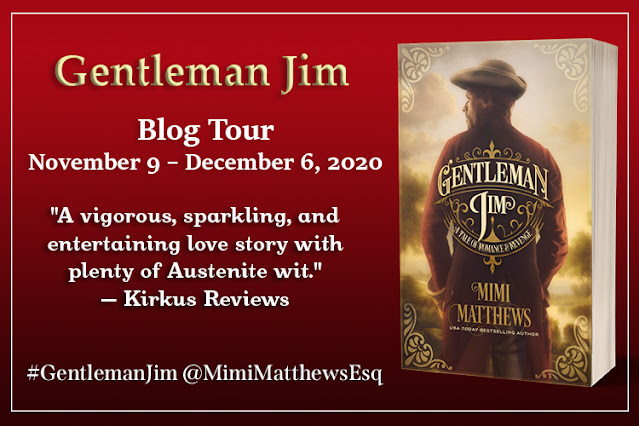 Wealthy squire's daughter Margaret Honeywell was always meant to marry her neighbor, Frederick Burton-Smythe, but it's bastard-born Nicholas Seaton who has her heart. Raised alongside her on her father's estate, Nick is the rumored son of notorious highwayman Gentleman Jim. When Fred frames him for theft, Nick escapes into the night, vowing to find his legendary sire. But Nick never returns. A decade later, he's long been presumed dead.

After years spent on the continent, John Beresford, Viscount St. Clare has finally come home to England. Tall, blond, and dangerous, he's on a mission to restore his family's honor. If he can mete out a bit of revenge along the way, so much the better. But he hasn't reckoned for Maggie Honeywell. She's bold and beautiful--and entirely convinced he's someone else.
As danger closes in, St. Clare is torn between love and vengeance. Will he sacrifice one to gain other? Or, with a little daring, will he find a way to have them both? 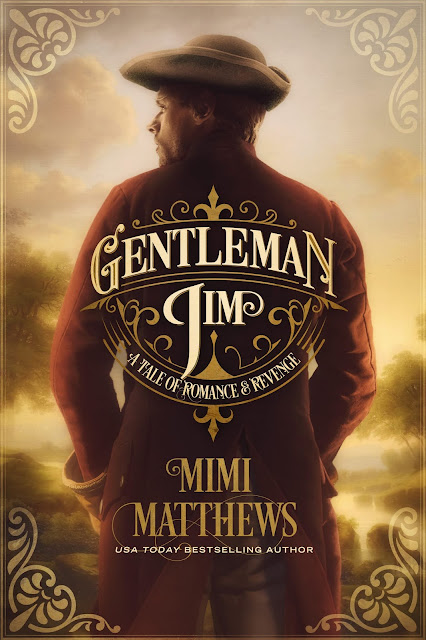 Maggie briefly closed her eyes. Her cheeks were warm despite the cold, and within her chest was the familiar feeling of heaviness she experienced whenever she’d overtaxed herself. The journey had worn her down. She hated for Fred to be right.

She was just beginning to consider whether or not she should tell Bessie that it was all a mistake—that they should get back into the hackney and return to Lord and Lady Trumble’s—when the front door opened and they were confronted by a stooped, white-haired butler with a candle held in his upraised hand.

He looked at Bessie first before dismissing her and turning his rheumy gaze on Maggie. His eyes swept her from the top of the sable-trimmed hood of her cloak to the toes of her kid half-boots. Seeming to have satisfied himself that at least one of the party was a lady, he lowered his candle. “Madam?”

Maggie stepped forward. “I’m come to see Lord St. Clare,” she said in the same firm tones she used when directing the servants at Beasley Park. “It’s a matter of some urgency.”

The butler’s face was devoid of expression. “Your name, Madam?”

It was Jane who had suggested that Maggie present herself as a married lady. “Servants are prone to gossip,” she’d said before Maggie departed Green Street. “It would be far better if St. Clare’s servants didn’t know you were Miss Honeywell. Indeed, it would be best if they didn’t know who you were at all.”

Bessie had heartily agreed, even going so far as to volunteer her own last name for Maggie’s use. It was a small deception and would surely harm no one, but Maggie was uncomfortable with it all the same.

“I will see if his lordship is at home.” The butler began to withdraw, moving as if to close the door.

Maggie delayed him a moment longer. “If he is at home, inform him, if you please, that my visit pertains to his dawn appointment.”

The butler betrayed no signs of knowledge about the duel, but Maggie suspected her own knowledge of it underlined to him the urgency of her visit. He disappeared into the house, and after a short time, during which Bessie grumbled incessantly about the rudeness of servants leaving young ladies to wait on the stoop with no care at all for whether they would develop an inflammation of the lungs, he reappeared and welcomed them inside.

The entry hall of the Earl of Allendale’s residence was far grander than that of Lord and Lady Trumble’s house in Green Street. An enormous crystal chandelier hung from the ceiling, and a sweeping staircase curved up to the floors above. The floor was tiled in marble, and the silk-papered walls were lined with statuary and artifacts.

Maggie pushed back the hood of her cloak and looked around, her eyes settling first on a sculpture of a horse and then on an eerily shaped bust that, upon closer inspection, appeared to be some sort of a death mask. A shiver ran down her spine.

“His lordship will see you in the library.” The butler guided them down the hall to a set of closed doors.

Maggie raised a self-conscious hand to her hair, smoothing any stray locks back into the simple chignon in which Bessie had arranged it before they left Green Street.

The butler opened the door for her, and Maggie preceded him into the library, Bessie not far behind her. The room was lit by only a few candles and the crackling fire in the hearth. Its dancing flames cast the bookshelves and furnishings in an ever-shifting pattern of shadows.

A tall, broad-shouldered man stood in front of the fire, his back to the room. Lord St. Clare, Maggie presumed.

“Thank you, Jessup.” St. Clare’s voice was a deep, rich baritone. “You may leave us.”

As the butler withdrew, St. Clare turned and approached his visitors. He was a big man, standing well over six feet, and had the sort of lean, well-muscled build that set off the current fashion for skintight pantaloons and close-fitting coats to magnificent effect. Unlike Fred, whose bulky frame had made him look oddly uncomfortable in his snug garments, the viscount seemed perfectly at ease, moving with a languorous, masculine grace that put Maggie in mind of a great, predatory cat.

A rake, Jane had said. A libertine. A vile seducer of women.

He emerged from the shadows to stand in front of her, promptly executing a slight bow. “Mrs. Ives. I don’t believe I’ve had the pleasure.”

Maggie stared up at him, her wide eyes meeting his stormy gray ones.

And then, she fainted. 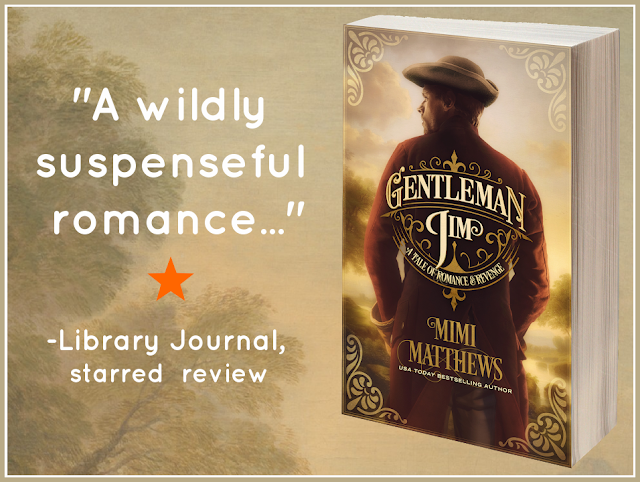 "Equally passionate and powerful...Mimi Matthews proves once again that she is a master of historical fiction in Gentleman Jim."— Readers' Favorite

"Rollicking and romantic, passionate and intriguing...Regency romance does not get any better than Gentleman Jim."— Relz Reviewz

USA Today bestselling author Mimi Matthews writes both historical nonfiction and award-winning proper Victorian romances. Her novels have received starred reviews in Library Journal, Publishers Weekly, and Kirkus, and her articles have been featured on the Victorian Web, the Journal of Victorian Culture, and in syndication at BUST Magazine. In her other life, Mimi is an attorney. She resides in California with her family, which includes a retired Andalusian dressage horse, a Sheltie, and two Siamese cats. Her next romance, The Siren of Sussex, will be out in 2022 from Berkley/Penguin Random House.

New successes every passing day. The recent show held in Singapore displayed a beautiful mixture of colors. With a stimulating mixture of east and west added a gothic touch to the gathering . Fashionable Bathing Suits