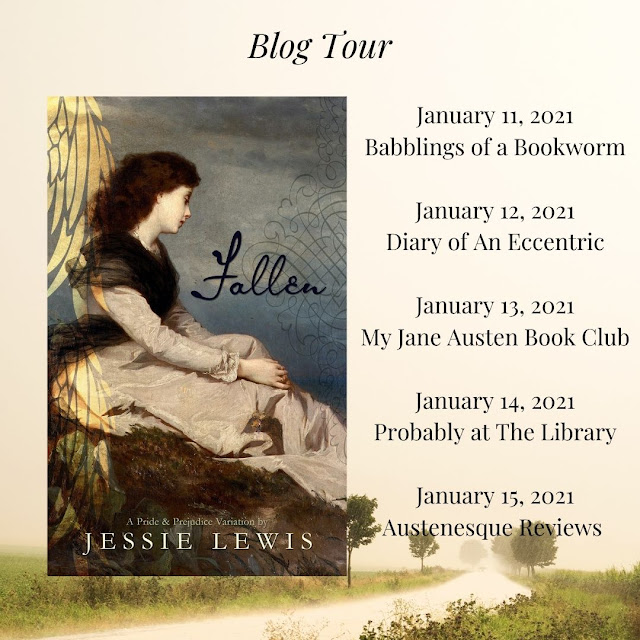 Elizabeth and the Dripping Wells, guest post from Jessie Lewis

“But surely,” said she, “I may enter his county with impunity, and rob it of a few petrified spars without his perceiving me.”

So Elizabeth Bennet thinks to herself in Pride and Prejudice when faced with the prospect of a truncated tour of Derbyshire instead of the Lakes. She makes the same trip in Fallen, though this time, she doesn’t make it all the way to Pemberley and is instead waylaid in Matlock Bath, where she and the Gardiners visit the famous petrifying well. But what are petrifying (or ‘dripping’) wells? 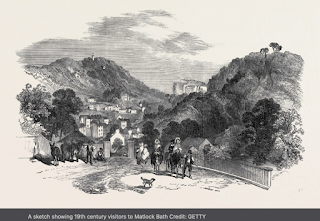 Matlock, as Austen referred to it, is thought by many scholars to actually be the nearby town of Matlock Bath, which has long been famous for its petrifying well. There used to be more in the town, but only one remains open to visitors nowadays. It has always been a popular attraction for tourists, who flock to see the effects of the thermal spring water that comes to the surface loaded with minerals from the surrounding rocks. As it splashes onto items left by visitors, it deposits layers of minerals (such as calcium carbonate), which gradually build up until the objects take on the appearance of stone.

It’s not the same process as true petrification, which is a form of fossilisation that results in the whole internal structure of a thing being slowly replaced with hard stone. That process can take millions of years. In the dripping wells, items only receive an external coating of minerals, giving them the appearance of having been turned to stone in a matter of months.

It’s difficult to unpick exactly when the science behind the process was discovered, but as early as the 18th century, scientists were attempting to artificially petrify organisms, so it’s safe to assume that by the time Austen was writing about it, it was well-known to be a natural process. Further into the past, however, people were frightened by the water’s properties. At another dripping well in Knaresborough, the locals famously believed the well was cursed by the devil, and that evil spirits in the water would turn them to stone as well, if it touched them. Gradually, it became more common to think that the water had healing properties, thanks in part to the longevity of a local healing woman associated with the cave. Eventually, it was discovered that the best of the water’s properties was its appeal to visitors, and the owner of the land on which it stood is credited with creating England’s first ever tourist attraction when, in the 1630s, he began charging people to take tours of the cave. 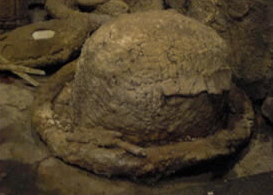 The fascination of dripping wells reached its peak in the 19th century, with visitors to Matlock Bath paying for souvenirs of petrified everyday objects, including wigs, hats and kettles. Elizabeth Barrett Browning, the well-known Victorian poet, visited there in 1814 when she was a girl. Her trip inspired her poem, On Visiting Matlock, which contains the lines, “Papa so ever kind, our joys to swell; Led us to see the petrifying well; Where heads, wigs, baskets, eggs, lie on the ground; Soon turned to stone, in dropping waters drowned.”

But what did Elizabeth mean by “petrified spars?” On the JASNA website, A. Walton Litz has written a wonderful article on Jane Austen’s interest in the Picturesque, as well as the influence of William Gilpin (a proponent of the idea) on her work. Amongst a much broader discussion, Litz briefly touches on the meaning of the spars, which, “have puzzled commentators, but Gilpin has a paragraph on ‘that curious, variegated mineral…supposed to be a petrifaction…known in London by the name of the Derbyshire Drop.’ According to the OED this is one of the first literary references to ‘Derbyshire spar,’ which could be held before a candle to reveal picturesque patterns.” Essentially then, a spar was a sort of stalactite or stalagmite, formed by a similar process to that by which the items in the dripping wells were altered. That Gilpin, whom Austen admired, used the term, makes it more likely this is the same phenomenon she has Elizabeth Bennet refer to in Pride and Prejudice.

In Fallen, as well as visiting the petrifying well in Matlock Bath, Elizabeth discovers several other, smaller dripping wells in the grounds of Lord and Lady Matlock’s estate.

“The petrifying well at the heart of Matlock Bath fascinated Elizabeth and her uncle. Much to Mrs Gardiner’s displeasure, they spent almost two hours watching the spring waters drip and splash on the multifarious items left out to be turned to stone. Elizabeth spotted what could have been a bird’s nest or a wig; Mr Gardiner was convinced he could see a fishing rod, but she thought it was only a broom. When they left there, they spent another hour meandering along the river’s edge. Elizabeth set her sights on walking to the top of High Tor, but her aunt was disinclined after standing about all morning, and she teased her niece and husband for having wasted valuable exploring time staring at crusty knick-knacks. “Do not concern yourself, though, Lizzy,” she added, “for there are cliffs and crevices enough to satisfy even you at Kelstedge Abbey.” Thus, they returned to their lodgings and enjoyed an exceedingly good evening meal and early night, all anticipation for their outing the next day to the home of Lord and Lady Matlock.”

Knowing Elizabeth’s propensity for unexpected encounters on Derbyshire estates, can you guess that dripping wells aren’t all she discovers at Kelstedge Abbey? 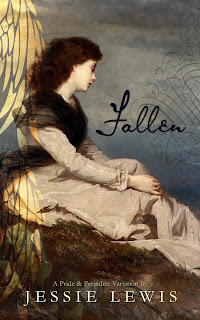 The air was all gone, and coldness overtook her, as though she had fallen into icy water and was
sinking into the blackness. Her stomach churned, as it was wont to do these days. He would not marry her. She was ruined.

THE ARRIVAL OF TWO ELIGIBLE GENTLEMEN at Netherfield Park sends ripples of excitement through nearby Meryton. But Mr Bingley and Mr Darcy are not the only additions to the neighbourhood raising eyebrows. An unremarkable cottage in the woods between Netherfield and Meryton also has new tenants. One of them—a lively little girl with an adventurous spirit, a love of the outdoors, and a past shrouded in mystery—draws the notice of more than one local.

ELIZABETH BENNET—YOUNG, INTELLIGENT, and UNFASHIONABLY INDEPENDENT—forms a poor first impression of the haughty Mr Darcy. On closer acquaintance, and against her better judgment, her disgust begins to give way to more tender feelings. Yet standing in the way of any potential romance is the closely guarded history of a certain little girl in a cottage in the woods. Elizabeth might be ready to disclose her hidden affections, but she is about to learn that some things are better kept secret, and some hearts are safer left untouched.

AND AS A PAPERBACK

Jessie Lewis, author of Mistaken, Speechless, and The Edification of Lady Susan, enjoys words far too much for her own good and was forced to take up writing them down in order to save her family and friends from having to listen to her saying so many of them. She dabbled in poetry during her teenage years, though it was her studies in Literature and Philosophy at university that firmly established her admiration for the potency of the English Language. She has always been particularly in awe of jane Austen’s literary cunning and has delighted in exploring Austen’s regency world in her own historical fiction writing. It is of no relevance whatsoever to her ability to string words together coherently that she lives in Hertfordshire with two tame cats, two feral children, and a pet husband. She is also quite tall, in case you were wondering.

You can check out her musings on the absurdities of language and life on her blog, LifeinWords.blog, or see what she’s reading over at Goodreads. Or you can drop her a line on Twitter, @JessieWriter, or on her Facebook page, JessieLewisAuthor.

Thank you for sharing this. I would most likely be like Mrs Gardiner. I may not have that much curiosity to watch the drippings. I might see it, take a picture and move on. Then maybe come back after 5 years, take another picture and compare.

I particularly love the idea of how people marvelled at it before they understood the science behind it. It must have seemed so strange! Thanks for popping in to read it.

The really fun thing about these wells is that you wouldn’t even have to wait that long. A few months and you’d have your souvenir! Thanks for stopping by.

This was really interesting. Thanks for sharing!

Dr Shri Niwash Jangir is the reputed psychiatrist of Jaipur. He is practising psychiatry since 2002 and provides treatment for all major psychiatry issues. To get the best anxiety disorder treatment in Jaipur, contact Dr Shri Niwash

TO get the best Andrology surgery in Jaipur , visit Dr Sandeep Nunia

Hear Again is the best audiology clinic in Gurgaon