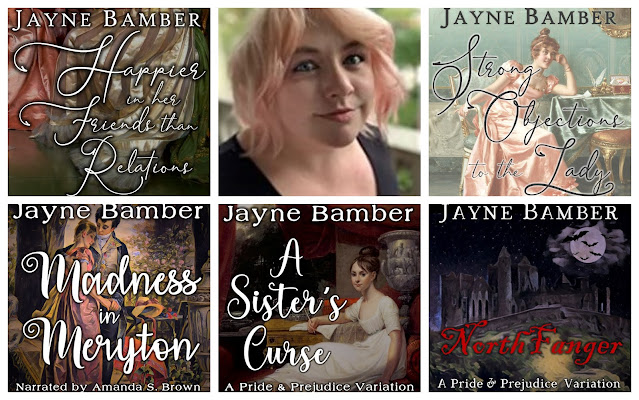 Hello, dear Janeites! It is a delight to be back at My Jane Austen Book Club. I am hard at work on my eighth book, Five Daughters Out At Once, and I will be back later this month to share an excerpt from this novel after it is available on Kindle. For now, at least, I am happy to share other good tidings pertaining to the number five: my fifth audiobook is now available on Audible!

To celebrate the accomplishment, I am hosting my biggest giveaway ever, and raffling off five copies of each of my audiobooks. The newest release is NorthFanger, narrated by the fabulous Amanda S. Brown, who also narrated Madness in Meryton. These, and all my other novels, are still available on KU of course, and I hope to have all of my JAFF novels available as audiobooks by summer time.

For those of you that may have missed my newest release, NorthFanger, last fall, it is a short gothic parody that merges Pride & Prejudice with Northanger Abbey as Elizabeth Bennet leads the charge against a horde of vampires and their dastardly leader – a villain we all know and loathe.

I have included descriptions of all the audiobooks below, and raffle winners will be given their choice from among the five audiobooks. I always say happy reading, but for now, Happy Listening! 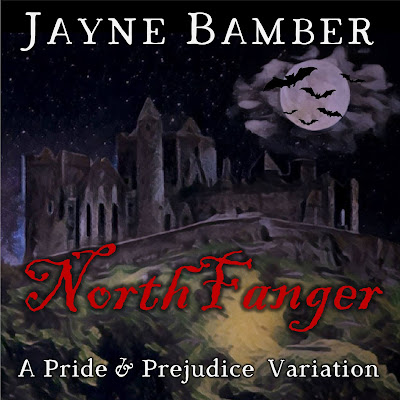 What if Catherine Morland's assumption about General Tilney is far more generous than the whole, bloody truth? What if the abbey holds a darker history than she ever imagined?

And what if her cousin Elizabeth Bennet's knowledge of the supernatural world far outstrips her other accomplishments?

When the two cousins visit Charlotte Collins at Hunsford Parsonage together, Elizabeth is annoyed to discover Mr. Darcy is visiting his aunt at nearby Rosings Park, while Catherine is convinced that novel-worthy romance will ensue. Neither of them expect to become entangled in a wild, gothic romp across the country in the aftermath of a scandalous disaster.

After the sudden arrival of a vampire into their midst, Mr. Darcy's ardent admiration of Elizabeth  is shaken by her expert handling of his frantic, fanged sister. The ladies from the parsonage take flight, accompanied by the outraged Colonel Fitzwilliam, his out-witted cousin Mr. Darcy, and an out-of-control fledgling vampire - otherwise known as Georgiana.

Proving herself indispensable during the undead Darcy debacle, Elizabeth becomes the heroine her cousin Catherine always knew she was meant to be, and wishes she could be herself, as she leads them to Bath in search of her wily uncle, Silas Bennet, an expert in all matters vampiric.

But amidst their hunt for Uncle Silas, other predators enter the fray, all in search of one very old man, and one very young girl. In Bath they encounter the Tilneys, the Thorpes, and an array of familiar faces and vicious villains bent on wreaking bloody havoc, leading a merry band of misfits to take shelter in a place too spooky not to hold secrets of its own: Northanger Abbey. 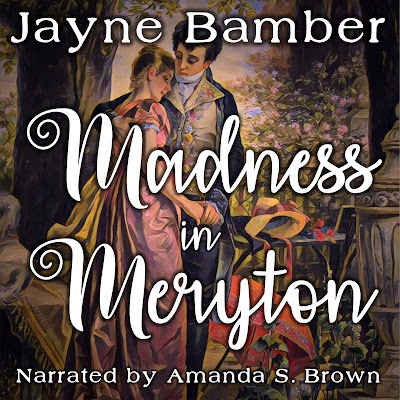 When Jane and Elizabeth Bennet return home from Netherfield, two days of heavy rain confine them indoors with their unruly younger sisters, a mother in perpetual need of smelling salts, and the tedious Mr. Collins. When the rain clears, the ladies from Longbourn and the gentlemen from Netherfield are drawn to Meryton by the excitement of Market Day, setting in motion a series of significant events.

That night, Mrs. Phillips hosts a card party for the officers of the local militia, where the charming Mr. Wickham tells Elizabeth his shocking history with Mr. Darcy, a man who has only given Elizabeth offense since coming to stay with his friend Mr. Bingley at Netherfield. The next day, the same thing happens again.

And again the day after that -  and so on, for what begins to feel like an eternity. Elizabeth take increasingly drastic measure to further the budding romance between her beloved sister Jane and their handsome neighbor Mr. Bingley. Along the way, she arranges improvements in the lives of all her family, in an effort to end the relentless redundancy that only she seems aware of.

As Elizabeth's frustration turns to madness, she soon realizes that her inexplicable dilemma is somehow connected to a certain officer, and a certain gentleman of her acquaintance....

Elizabeth must forge unlikely alliances and devote her considerable wit to the task of achieving a perfect day for those she holds dear, while facing familiar Fitzwilliam friends and foes, as well as the mortification and delight of falling in love.

Strong Objections to the Lady 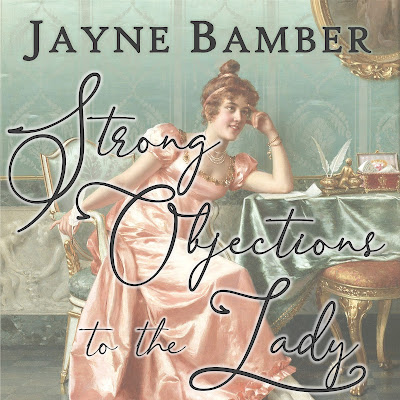 Sisterhood & Self-Improvement...
When Lady Catherine de Bourgh learns of Mr. Darcy’s proposal to Elizabeth Bennet, her wrath sets in motion a series of events at Hunsford Parsonage which embroil Darcy and Elizabeth in a family fracas that grows more complicated daily.

The shades of Rosings Park are soon polluted by the shocking transformation of its new mistress and her guests, as well as secrets of the past and schemes for the future.

Appearances and alliances shift amidst the chaos wrought by a well-intentioned house party, and Darcy and Elizabeth must finally face their feelings for one another despite mounting obstacles and misunderstandings of every kind.
Set chiefly in Kent and spanning the short space of just a month, this stand-alone variation begins the morning after Mr. Darcy's failed proposal at Hunsford. From there, chaos quickly erupts and the lives of three strong young women tangle together in a day-by-day journey of growth, sisterhood, and ultimately romance, in the wake of tragedy. 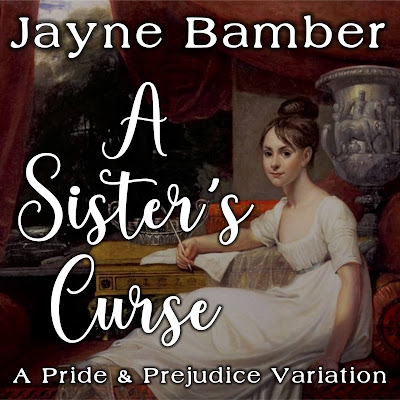 Happier in Her Friends Than Relations 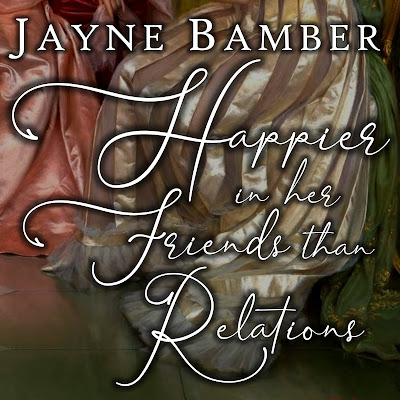 In this angsty fusion of two of Jane Austen’s most beloved novels, Pride & Prejudice and Sense & Sensibility, the actions of their sisters cause challenging chain reactions for one of literature’s most celebrated couples....
Fitzwilliam Darcy is faced with a family crisis of epic proportions after the fallout of his sister Georgiana’s ill-fated elopement in Ramsgate, while his friend Charles Bingley is persuaded to abandon his scheme of renting Netherfield Park.
Elizabeth Bennet journeys to London to recover her spirits after Jane’s unexpected marriage changes the sisters’ relationship forever, and despite an attempted reconciliation, Jane is revealed to be far from the angel Elizabeth has always admired.
The bonds of friendship offer Elizabeth a lifeline after a series of tragic events causes her to fear for her future. The support she receives from her new neighbor Marianne Brandon, and snarky socialite Lady Rebecca Fitzwilliam, may yet prove to heal her broken heart and bring her closer to a happily ever after. The wide array of characters from throughout Austen’s works teach Elizabeth Bennet that she is truly happier in her friends than relations.
The Friends & Relations Series is an epic saga that peers into the lives of all of Jane's Austen's heroines, imagining them to inhabit a world where their lives and families are intertwined. Throughout this series, characters from all of Jane Austen's major works will be revealed to have existing familial relationships, and will forge new connections as well. As the lives of so many beloved Austen characters weave together, this series will address the question of what if all of Austen's works had taken place in the same world... a world where overlap was possible and surprises hide around every corner....

Today is your lucky day! You've got plenty of chances to win one among Jayne Bamber's Austenesque audiobooks. Get your options to win using the rafflecopter widget you'll find at this link and good luck!

Jayne Bamber is giving away 5 free copies of each title, so 25 audiobooks in total.

Thank you for this incredible giveaway! I love audiobooks!

I am loving your currently enjoying your recent WIP. Loving all of your stories. Thanks for a chance in this very generous giveaway.
Stay safe. Looks like in this Covid19 world I will be doing a lot of singular activities and maybe walking more.

So excited for this as I have started to prefer audiobooks over books/ebooks as I am able to find time to listen much more than time to read.

Wow – great giveaway!! I’ve been doing a lot more listening lately too.
I love the idea of NorthFanger :)

My oh my what an amazing giveaway, and so generous! Good luck to all the entrants (and me too.) Thank you Jane Bamber.

Thanks for opportunity to win a audible book.

Thank you for the chance! Love reading your stories!

What a great surprise when I opened email today! Now that I am back to driving to work, a new audiobook would be wonderful. Thank you for this opportunity

Great giveaway of some excellent titles!

Wow lot so books. This is a generous offer. Thank you for the chance

Thank you for this great giveaway! Very excited!