A CAPTAIN FOR CAROLINE GRAY BLOG TOUR - READ AN EXCERPT 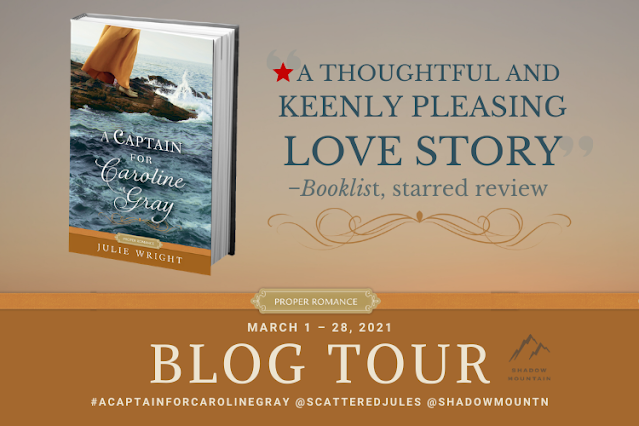 Join the virtual blog tour of A CAPTAIN FOR CAROLINE GRAY (Proper Romance Regency), Julie Wright’s highly acclaimed historical romance novel March 1 – 28, 2021. Over forty popular blogs specializing in historical romance, inspirational fiction, and Austenesque fiction will join in the celebration of its release with excerpts, spotlights, and reviews of this new Regency-era novel set aboard an English ship bound for India. 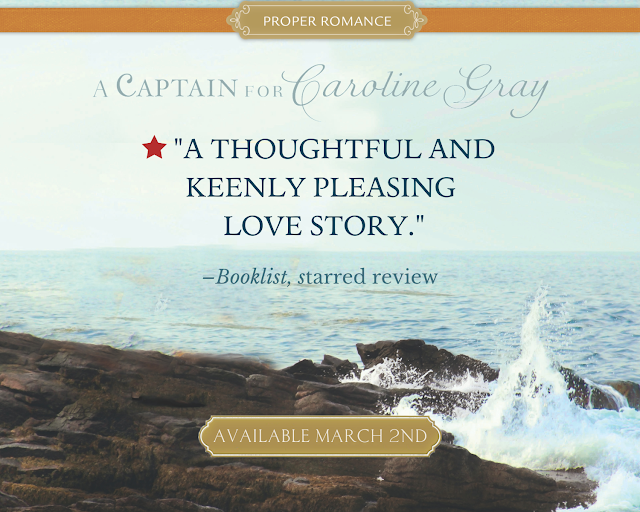 Caroline Gray's third season in London society ends as badly as her first two—no marriage proposal, no suitor, not even a glimmer of an interested prospect. She suspects it's because she is far too quick to speak her mind to men who are put off by her forthright opinions, her eager intellect backed by a formal education, and her unconventional ideas about the future. She is far more daring than demure to suit the taste of her class. Besides, Caroline thinks there will always be next season to find a husband.

However, her family's dwindling income leaves Caroline with only one choice to secure her future: a one-way ticket to sail with the Fishing Fleet to India, where the son of a family friend waits. If the match doesn't work, Caroline cannot return home.

Captain Thomas Scott loves the thrill of the open sea, and as commander of one of the ships of the Fishing Fleet, he ferries scores of young English girls to the shores of India to find husbands. The voyages pay well, but he struggles to understand why families would allow young women to be matched with total strangers so far away.

The trips have always been routine and uneventful—until this trip's first night's dinner with one Miss Caroline Gray. She engages in a lively political conversation, presenting opposing viewpoints to the conventionally opinionated gentlemen at her table. Captain Scott is secretly amused and delighted at her boldness, not to mention quite drawn to her beauty.

The rest of the passengers are shocked by her behavior and Caroline finds herself an outcast, suffering harsh judgments from the other passengers. However, she finds an unlikely ally in Captain Scott which quickly draws them closer.

Both know an arranged marriage awaits Caroline at the end of their voyage, yet the attraction between them is undeniable. Caroline will have to decide if she will honor her mother's wishes and marry a man in India whom she has never met, thus securing a future for her and her mother, or be brave enough to throw convention to the wind and commit to love a sea captain. He may be enchanted by her bold and unconventional ways, but will his love and admiration last? 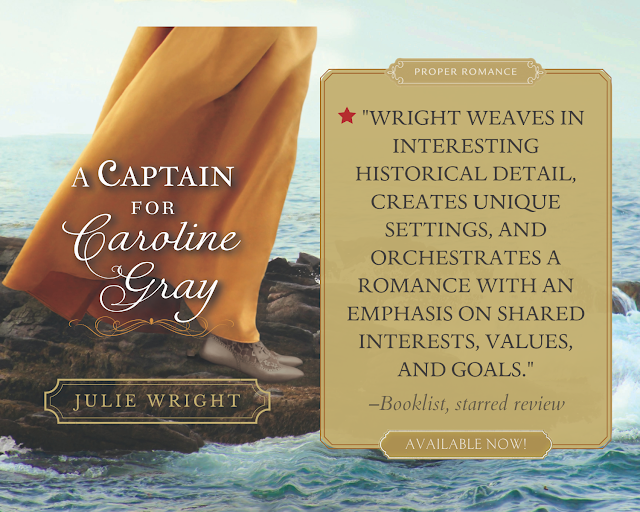 “Thank you for seeing me to the docks, Mr. Moore.” She gave a quick curtsy in the hopes that he would leave, but he stayed, making her cheeks flush hot with the knowledge that she could not do this odious, mercenary task in private.

“Miss Gray!” Mrs. Barritt raised a gloved hand in greeting. Caroline smiled and prayed there was warmth in the gesture since she felt no warmth in her veins. She curtsied again.

Formalities observed, they turned back to Caroline. “We wanted to give you this.” Mrs. Barritt nudged Mr. Barritt, who was startled into remembering the package in his hands. He moved to hand it to her, thought better of handing such a bulk to a lady, and mumbled something about making certain the package was placed in her cabin by one of the crewmen. Caroline looked at the bundle, remembering her mother’s words asking her if she wanted to be nothing more than a spinster passed between family members like an unwanted parcel.

“We felt so silly for forgetting to send this with you when you last saw us in London. We immediately struck out after you in hopes of catching you in time. Please tell our dear Nicholas how much we love him, how we think of him every day and pray for his safekeeping.” Mrs. Barritt looked like she might cry.

Mr. Barritt looked at the ship and the bustle on the docks as if he had no part to play in the conversation. Caroline felt better knowing she wasn’t the only one who had wandered off mentally.

“Yes.” Mrs. Barritt looked delighted to have someone say her son’s name. “Do you know him, sir?”

“He’s been gone to India these last two years. We’ve missed him a great deal. But how delighted we are to send a little present from home.”

Mr. Moore looked at the package in Mr. Barritt’s hand, but Caroline’s cheeks burned, knowing that she was the “little present” meant by Mrs. Barritt. She had the peace of knowing

that Mr. Moore misunderstood the situation for all of one moment before Mrs. Barritt spoke again.

“When I saw Miss Gray dancing at the Prescotts’ ball, I thought how sad it was that my Nicholas was not there to see her, not there to meet her. I knew at once that I must allow him that honor. And here we all are!”

Caroline was incapable of stopping Mrs. Barritt’s words—not without being rude. That she had to smile at having a woman who was virtually a stranger pay for Caroline’s passage to India so that her son might have a shot of gaining an English bride made Caroline sick.

She knew all about seasickness but now wondered if perhaps it wasn’t the voyage that made people ill. Perhaps illness stemmed from the reasons that necessitated the voyage.

Mr. Moore’s face registered surprise. He’d not known his cousin had agreed to such terms. He’d only known that she’d decided to travel and find her own way in life. But now he knew the truth of it.

Caroline felt the heat of shame rise to the tips of her ears as his gaze fell on her and refused to leave.

Mrs. Barritt reached out and hugged Caroline hard. “Make sure you tell our Nicholas how beloved he is for us. I’m sure the two of you will get on quite well. His prospects are full and rich.”

Unlike mine, Caroline thought as she offered a thin smile to Mr. and Mrs. Barritt, who departed to find someone who could see their package safely delivered to Caroline’s cabin.

She did not dare look at Mr. Moore’s face.

“I am sorry, cousin,” he said again, only this time the soft pity in his voice made Caroline’s eyes sting with tears. There would be gossip enough in the ton now that she knew Mrs. Barritt had no intention of keeping silent on the agreement.

“It’s an adventure I’m glad to take. Please do not make yourself uneasy over the matter.”

He stepped closer to her and whispered, “But you haven’t agreed to marry Nicholas Barritt, have you? No arrangement has actually been made, has it?”

She finally met his eye. “No. Of course not. I would never agree to marry a man I’ve never met.”

He looked relieved. “Good. Miss Gray, it isn’t too late to change your mind. I would be happy to pay for whatever the Barritts have invested in your passage. I’m sure I could introduce you to—”

“Please do not worry for me. I’ve made my choice.” Would her pride allow her to be a charity case for her cousin? Even if her pride could withstand such mortification, Mr. Moore’s friends knew her already—or at least they knew of her reputation as a know-all.

He didn’t look convinced, but also seemed uncertain how to handle the situation. “If you’re sure. But . . .”

“What is it?” she asked when he hesitated.

“It is probably nothing. Just be careful with him. I heard something once, and . . . well, be careful.”

“Thank you for the warning. I will, indeed, be quite careful. Thank you. Truly. But I should be boarding. Goodbye, Mr. Moore.” She bobbed a quick curtsy and turned so he would not see the tears on her lashes. The ton might be able to gossip over her desperate circumstances, but no one would be able to say she had shed tears over it.

Just like the name of the ship, she would persist. 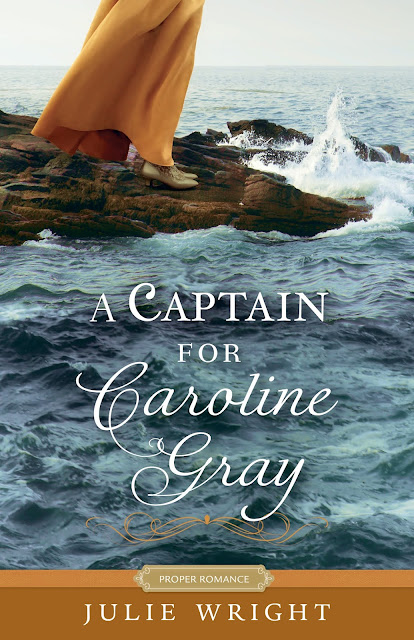 ·         "A charming historical romance in which smarts and sass are vindicated."— Foreword Reviews

·         "An unconventional woman finds herself at home at sea in this stirring Regency from Julie Wright…This adventure is sure to entice fans of historical romance."— Publishers Weekly 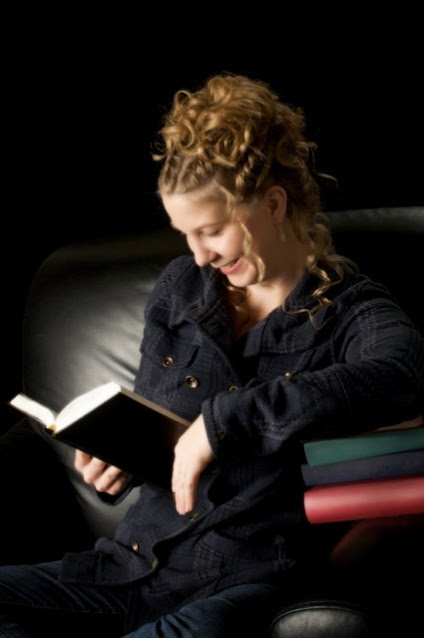 Julie Wright wrote her first book when she was fifteen and has written over twenty novels since then. She is a Whitney Awards winner for best romance with her books Cross My Heart and Lies Jane Austen Told Me, and she is a Crown Heart recipient for the novel The Fortune Café.
She has one husband, three kids, one dog, and a varying amount of fish, frogs, and salamanders (depending on attrition). She loves writing, reading, hiking, playing with her kids, and watching her husband make dinner.
She hates mayonnaise.