My novel, The Secret Life of Miss MaryBennet, features Mary Bennet, the middle sister from Pride and Prejudice. In various adaptations and Austen-inspired works, there are many different interpretations of Mary Bennet. Some use her for comic relief, others soften her, and others take a more moderate or nuanced approach.

I will discuss the three main approaches to portraying Mary Bennet and provide examples from film and theatre, and then I will explain how I approached Mary in my own book. If you’ve read or watched other works which interpret Mary differently, or if you would categorize the approaches in a different way, I’d love to hear about it in the comments! Also, at the end of the post, there is a giveaway of a print copy of The SecretLife of Miss Mary Bennet. 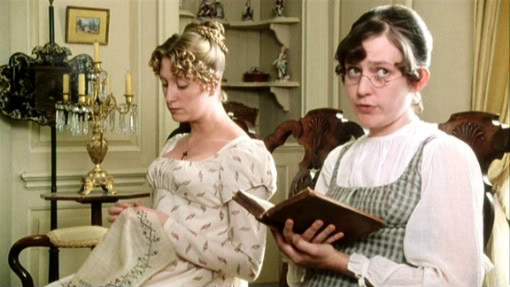 In most adaptations, Mary provides contrast to her sisters, but in some she seems to exist to provide comic relief, moments of awkwardness and laughter for the audience.

In the 2005 film Pride and Prejudice, Mary visually looks like a lost soul, and she’s even given the uncomfortable (and amusing for the audience) lines from other characters. For instance, in the novel, it is Caroline Bingley who says, “It would surely be much more rational if conversation instead of dancing were made the order of the day,” yet this line is given to Mary, which allows Caroline to subtly mock Mary.

The Bollywood film Bride and Prejudice takes the classic scene of Mary awkwardly playing the pianoforte and instead has the Mary character perform a cobra dance when guests are visiting. It’s one of my favorite scenes, it is hilarious and cringeworthy, and you can see everyone’s increasing discomfort.

Kate Hamill’s acclaimed theatrical adaptation of Pride and Prejudice takes Mary one step further. In the play, Mary is (as described by Hamill) “a dark goth Brontë character trapped in an Austen world.” Every single time Mary enters a scene, or that she is noticed as being present, the other characters shudder. 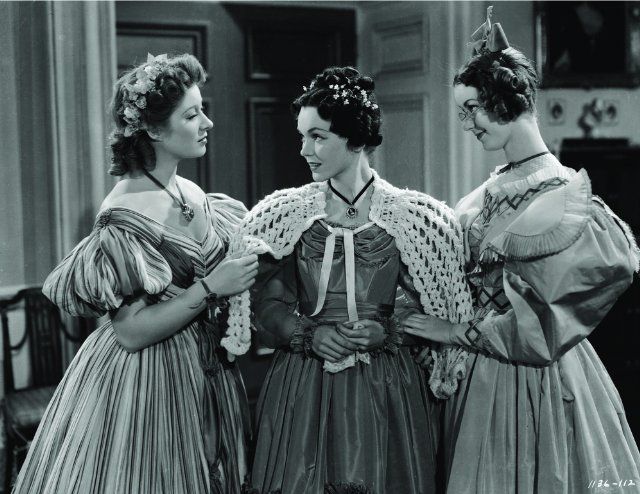 Some artistic interpretations soften Mary Bennet, smoothing away some of her rough edges. In the 1940 film version of Pride and Prejudice, featuring Greer Garson and Laurence Olivier, the character of Mary is pretty and can be charming. Mary receives more positive attention from her mother, and at the end she ends up with a man.

The play Miss Bennet: Christmas at Pemberley occurs after the end of Pride and Prejudice. Mary is older, and she has outgrown much of her awkwardness. She’s very bookish still, but she is also clever and quick-tongued, and can rival Elizabeth in wit. She definitely is still Mary, but she has been softened a little, and the assumption is that she would outgrow her least-liked characteristics.

A Nuanced/Moderate Approach to Mary Bennet 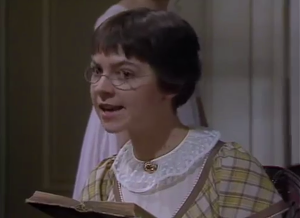 Other adaptations take a more moderate or nuanced approach to Mary Bennet. She can still be awkward and overmoralizing, but she is given a fuller role which allows us to see her and understand her as a character.

One example of this is the 1980 film Pride and Prejudice. For example, when Jane is ill, Mary actually decides to walk with Elizabeth to Netherfield. She makes it halfway there but then becomes frustrated with the weather and road conditions, and huffily decides to return home. Yet we can see and understand her—we have a fuller sense of who she is.

Perhaps my favorite example of a nuanced approach to Mary is Melissa Leilani Larsen’s play Pride and Prejudice. Mary is given complexity—we actually see her character and desires. For example, in a recent Zoom theatrical production of the play, Mr. Collins mentioned that he wanted a wife who can cook; Mary prepared a cake and then was disappointed when Mr. Collins did not see or take it. At another point she high fived Elizabeth—there was a connection with her sisters, and even when Mary was awkward or moralizing, we could understand her as a person.

In Pride and Prejudice, Mary has only seven lines of written dialogue, though she has some other notable moments (such as when she fails to come up with something to say and the ball scene when she plays the pianoforte poorly). Despite not receiving many lines or scenes, she is a memorable character. Yet unlike some of the other minor characters in Pride and Prejudice, Mary does not change or transform over the course of the novel. This provides an opportunity for adaptations of Pride and Prejudice and for works that continue her story.

I actually enjoy all three main approaches to representing Mary Bennet—a comic relief Mary, a softened Mary, and a nuanced/moderate approach Mary. My novel, The Secret Life of Miss Mary Bennet, uses some of each approach.

In my novel, we are immersed in Mary’s perspective and can sympathize with her, even in her mistakes, for we understand what leads to them. She does not always see the world the way everyone else does, and she knows that she sees it differently. Sometimes this leads to social errors and embarrassing situations, and she feels deeply when people judge her and look down on her.

One of my favorite parts was writing “Maryisms”—Mary’s pronouncements on life or events. When she is criticized by her French teacher for sounding too much like a textbook, she writes to her sister Jane, “There are much worse things than sounding like a book.”

Mary is smart and observant, and she is willing to keep trying even when she fails. She uses these skills after discovering a dead body on the beach, for it seems that everyone around her is suspect. She has an urge to discover the truth, no matter the costs, and this drives her forward.

In The Secret Life of Miss Mary Bennet, I wanted to capture the character crafted by Jane Austen, with all her quirks. I wanted to shine a light on her interior reality. I also wanted to allow her to do and be more than everyone around her expects her to be, even while still being her flawed, beautiful self. At one point in the novel, Mary asks herself: “Why could she not be something more than she had always been?”

We all have times when we are Mary—when we’re overlooked and underestimated—and I hope that my novel gives all of us hope that despite (or perhaps of) our flaws and quirks, we can all do great things.

To celebrate the release of my book, I’m giving away one print copy of the novel. To enter, comment on this post by April 28th and tell us your thoughts on Mary Bennet or what adaptation includes your favorite Mary Bennet. 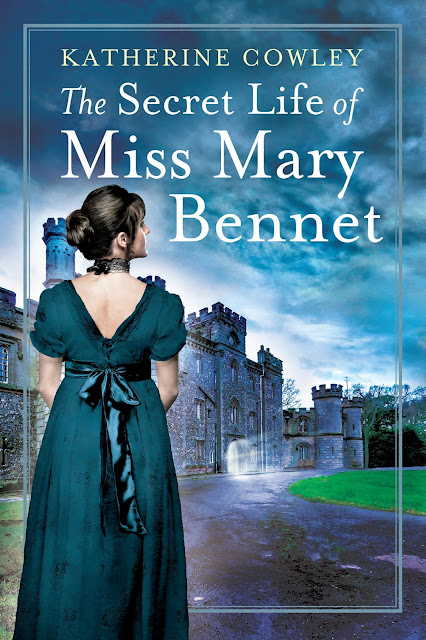 In Jane Austen’s revered Pride and Prejudice, Mary, the middle sister, is often passed over. Until now…

Upon the death of her father, Mary Bennet’s life is thrown into turmoil. With no fortune or marriage prospects, Mary must rely on the kindness of her relatives. When a mysterious late-night visit by an unknown relative—a Lady Trafford from Castle Durrington—leads to an extended stay and the chance for an education, Mary gratefully accepts the opportunity.

But even as she arrives at the castle, she’s faced with one mystery after another. Who is Lady Trafford really and what is she hiding? Do her secrets and manipulations place the small seaside community at risk of an invasion by Napoleon Bonaparte? Always curious, Mary sets out to discover the truth. But when she discovers the dead body of a would-be thief she outed prior to her father’s funeral, Mary jeopardizes her position at the castle and her family’s good name in her quest for the truth.

Never underestimate the observation skills of a woman who hides in the background.

My favourite version of Mary is the 2005 film as she doesn't wear glasses (nor does she in canon) and looks quite pretty if though I dislike the actual film.

My favorite Mary from the adaptations is the 2005 movie. That’s usually who I visualize when I read.

I was surprised at only 7 lines of dialogue for Mary, because she really is memorable. I always feel like she wants more out of life, but never gets there. Not knowing how perhaps.

I liked Mary in the “Miss Bennet: Christmas at Pemberley” play!


Mary is generally seemed to be treated as *the ugly stepsister* in a lot of adaptations, so it's nice to see you've written her as a character with the starring role in her own book.

I love the 1940’s end when Mary gets a man of her own. But my favorite is the 2005 version. I think if she had glasses on that this Mary would be perfect. But then I always feel that woman wearing glasses should be seen, not frowned upon. Probably because I wear them myself, or because I identivy with Mary most out of all the Bennet sisters.

I haven't seen those movies/show before. Thank you for sharing them. I will check them out. I particularly would like to see the cobra dance ;)

Thankyou for this giveaway