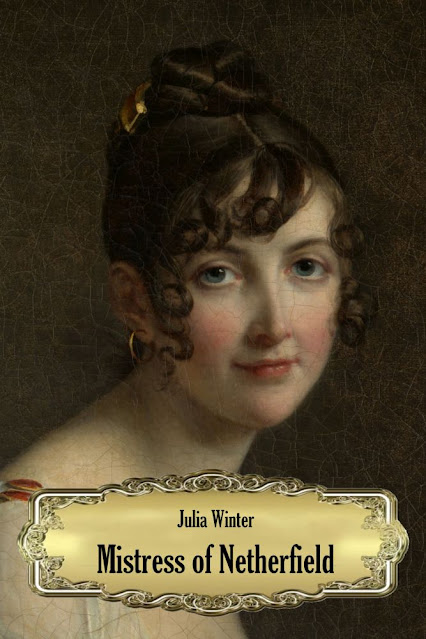 It is a truth universally acknowledged that on escaping an unhappy marriage, a young widow will be delighted to remove to the dower house and lease the marital abode to a single man in possession of a good fortune, provided he looks elsewhere to fulfil his want of a wife.

ive years after being forced into an unwanted marriage at the age of sixteen, and freed six months later by the death of her abusive husband, Elizabeth Grayson (née Bennet) has finally found a measure of peace. The inheritor of her husband’s estate, Netherfield Park, Elizabeth is now a wealthy young widow, independent and self-reliant. With an eye always on improving her four sisters’ woefully small dowries and providing for her mother, who will be homeless when her father dies, Elizabeth is pleased to lease out Netherfield to the Bingley family, making her home in the dower house in Meryton and vowing that she will never remarry.

Fitzwilliam Darcy of Pemberley in Derbyshire is rich and well connected, but reserved in company with anybody outside the very few he counts as friends. Towards those friends, he is loyal and steadfast, the staunchest of supporters. So when a young man comes to him with a tale of the clandestine marriage and mysterious death of Darcy’s old schoolfriend, James Grayson, and begs Darcy’s help to investigate the widow’s role, Darcy agrees. Visiting Charles Bingley, the new tenant of Netherfield, Darcy is very soon torn between his loyalty to his dead friend, and his burgeoning attraction to the widow.

Throw two unprincipled rogues and an elopement into the confines of Meryton, and how will Darcy’s dilemma over Elizabeth ever be resolved? And is she willing to put aside her misgivings, and trust again? 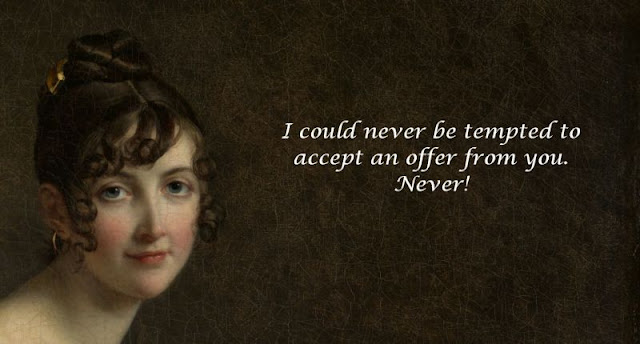 “What an appalling way to spend an evening.” Caroline Bingley sank gracefully into a chair in the smaller of Netherfield’s saloons, where a light repast awaited the revellers returning from the assembly. “What a collection of unfashionable, rustic oddities!”

“Too true, my dear,” Louisa Hurst murmured, but then, of course she would support her sister. They were hand in glove, those two, always, Miss Bingley being the dominant hand shaping Mrs Hurst’s pliant nature, glove-like, to her benefit.

“Barely a handsome woman amongst them, too!”

“I grant you she is a prettyish sort of girl,” Miss Bingley conceded. “But sadly unfashionable. So simply dressed!”

“She smiles too much,” Darcy said.

Miss Bingley simpered to show her approval. “I thought so too, sir! I understand her sisters are accounted beauties.”

“I thought they were charming, indeed. All the ones I met, from eldest to youngest. Although Darcy was of a different opinion when I tried to introduce him to one sister.” Bingley smirked.

In Darcy’s mind’s eye, a bright, laughing face turned towards him. Laughing at him, he was sure of it now. She had been mocking him. Making sport of him. Such disgraceful impudence! How dare she! Did she not know who he was? She was barely fit to be called a gentlewoman, certainly not of his higher standing, and she dared—! “She a beauty? I would as soon call her mother a wit.”

“So are the younger sisters.” Caroline pinched her mouth into an unattractive moue. “They were far too loud. Did you see them romping like children, flirting with all the officers and gentlemen? So coarse.”

Bingley tut-tutted, shaking his head. “I will not dispute with you because I do not like argument, particularly after a tiring night’s dancing. But I will say that country manners are not the same as Town and I do not expect them to be. I found our neighbours to be simple and charming, and we must not forget that they gave us a kind, hearty welcome. There were many lovely girls, even the youngest ones, who may have been high-spirited but appeared to be cheerful and good-natured. And Darcy, I thought Miss Bennet’s sister Elizabeth to be very pretty, indeed.” He jumped up, giving an exaggerated yawn. “I am for bed, and will leave you to your disputes. Goodnight!”

He was gone before his sisters could do no more than utter a protesting “Charles!”, while Darcy could only look after him in chagrin.

Elizabeth? Truly? The one who laughed at gentlemen who were far above her?

That was the widow?

Once Julia was a communications specialist with several UK government departments. These days she's thankfully free of all that, and writing full time. She lives in the depths of the Nottinghamshire countryside with her husband and the Deputy Editor, aka Molly the cockapoo, who’s supported by Mavis the Assistant Editor, a Yorkie-Bichon cross with a bark several times bigger than she is but with no opinion whatsoever on the placement of semi-colons.

Between 21 June and 3 July, enter this Rafflecopter for the chance of a first prize of a copy of Mr Darcy’s Hunsford letter (complete with seal, and tied in red ribbon) and a copy of the eBook, or one of two second prizes of an ecopy of Mistress of Netherfield.

Thank you so much for hosting me here today. Your support is greatly appreciated!

Congratulations on this book's release. Darcy has already stepped in it. Thank you for giveaway.

Thank you, Patty! Darcy certainly has, and all he does is dig down deeper and deeper...

Pleasure! Thank you for being my guest 🥰

Thank you for the excerpt.

Looking forward to what else happens betweeen these two. (Esp now that he realizes this is the widow he is most interested in knowing and knowing what truly happened)

24 hours to go, Buturot, and the book will be live! Hope it doesn't diasappoint!

I hope you find lives up to that, Denise!