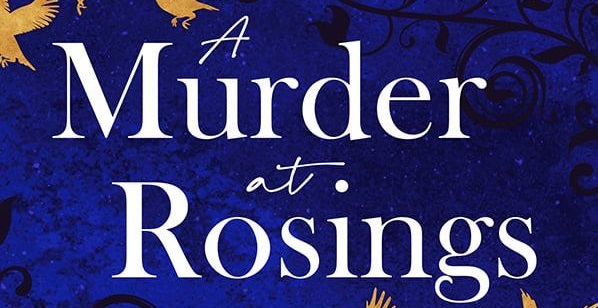 BORROWING CHARACTERS FROM PRIDE AND PREJUDICE FOR A MYSTERY STORY

Charlotte Collins sat close to the fire in the small parlour at Hunsford Parsonage … Her cheeks were flushed from the heat and her eyes dull. ‘He was a simple clergyman. He wrote sermons and tended the garden. How could he have made an enemy?’

This is the question which is asked by everyone when the dead body of Mr Collins if discovered in the grounds of Lady Catherine de Bourgh’s mansion, Rosings. He’s been stabbed. Those investigating, the local magistrate and village constable, quickly come to the conclusion that only one man had both motive and means to commit the murder, and that is Mr Bennet. He’s been staying at the parsonage, together with his daughter Mary, with a view to resolving the matter of the entail upon his estate. Obviously, with Mr Collins out of the picture, his future might be brighter…

When I sat down to write ‘A Murder at Rosings’, my only thought was how much fun I was going to have! Pretty soon, though, I realised that would need to think carefully about which of Jane Austen’s wonderful characters I should include in my story. My immediate feeling, then, was that it would be a step too far for me to feature the most important characters from Pride and Prejudice. Elizabeth and Mr Darcy, for example, are so iconic that I would find it difficult to add anything more to their stories, which Jane Austen has already brought to a brilliant conclusion. I decided, instead, to borrow some of those characters which we meet less frequently in the original novel, especially Mary Bennet and Anne de Bourgh. I felt that, in their case, there was more scope for development.

Jane Austen’s Mary is a decidedly dull person. She is useful when someone is needed to play the piano for dancing, but, otherwise, has only a few lines of dialogue, where she comes over as a little pompous. No-one takes her seriously, even though we can all see that she would have been an ideal partner for the dreaded Mr Collins! In my book, she’s a few years older. Three of her sisters are now married, and Kitty, the second youngest, is spending most of her time staying with Jane or Elizabeth. Mary is more mature and thoughtful, though one aspect of her character has not changed, as she still spends as much time as she can studying. Now that she is the only one of his daughters usually at home, she has become closer to her father, who can at last see that, in their love of books, they have much more in common than he had previously thought. In ‘A Murder at Rosings’, Mary becomes her father’s champion and defender when almost everyone else believes the worst of him.

We do not learn much about Anne de Bourgh in the original novel, except that she is frail and sickly. As Lady Catherine’s daughter, she has obviously had to live in the shadow of her stronger-willed mother and has little to say for herself. In my book, she is still single – having been previously disappointed by Mr Darcy – and is the only young person in a household of elderly women. When she meets Mary Bennet at a dinner at Rosings, she finds in her something of a kindred spirit. They are both shy and unworldly and share a desire to learn. Of course, Lady Catherine is disapproving of their friendship, especially once the shadow of suspicion falls on Mr Bennet, and Anne must learn how to stand up to her mother if she is to support her new friend.

I find that, when I write, the characters tend to take over, and, although I set out to make Lady Catherine as overbearing and cantankerous as ever, in the end my version of her does turn out to have a few redeeming features. She is, for example, very good to her servants! Mr Bennet was a more difficult character to get right. He is, of course, a major personality in Pride and Prejudice. His dry remarks are perfectly counterbalanced by the farcical, over-the-top character of his wife, and, together, they provide the novel with a genuinely humorous side. In my book, I attempted to make Mr Bennet’s words produce an echo of that original character – even if a faint one – though, of course, once the finger of suspicion is pointed at him, he has to react in a way which is appropriate. 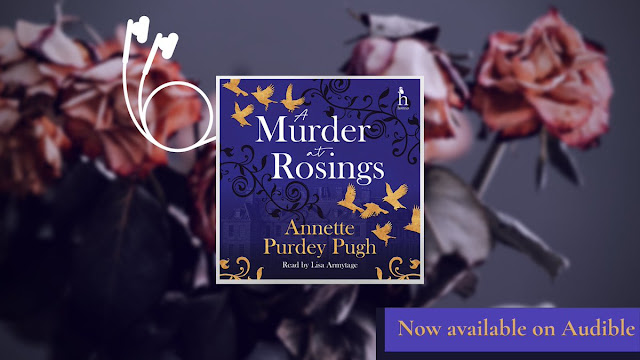 Three other Austen characters appear in my book – apart, that is, from Mr Collins, who is already dead. They are Charlotte Collins, Sir William Lucas and the elderly Mrs Jenkinson. Some commentators have branded Charlotte as mercenary, claiming she married Mr Collins with a view to inheriting Longbourn, but I have been a bit kinder to her and her family, and portrayed her here as a grieving widow, and someone who has remained a close friend of Elizabeth and Jane. Sir William, likewise, is a kind presence at the parsonage when Mary needs comfort. Mrs Jenkinson is a rather shadowy figure in Pride and Prejudice, but I have made her a little more substantial in my book, as well as providing her with a backstory.

These are the Jane Austen characters which form the nucleus of my novel, around whom the ‘other’ characters revolve: the magistrate and village constable, who must investigate the murder, as well as the servants who work below stairs at Rosings and at the parsonage, and the villagers of Hunsford. There are many secrets to be revealed before the case is solved, but, alongside the mystery, there is the continuing story of the Bennet family from the time when their creator left off. 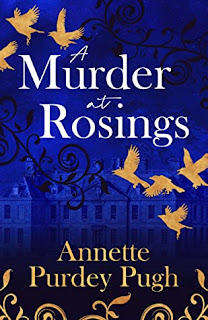 When Mr Collins is found stabbed to death in Lady Catherine de Bourgh’s garden, simmering tensions are revealed beneath the elegant Regency surface of the Rosings estate. The prime suspect is Mr Bennet, who was overheard arguing with Mr Collins over the entail of Longbourn in the days before the murder was committed – and who stands to benefit more than anyone from the Rector’s death. His daughter Mary uncovers a scandalous secret that holds the key to the murder. Can she prove her father’s innocence in time to save him from the gallows?

‘An imaginative mystery set after the events of Jane Austen's Pride and Prejudice, filled with intrigue, misdirects, and characters that you love to hate.’ Lottie H

'What I love about this book is that it is beautifully written, with an absolute faithfulness to the language in use at the time. A Murder at Rosings is both a good oldfashioned murder mystery that keeps the reader guessing till the very last page and a sparklingly clever re-imagining of characters from Pride and Prejudice. It's a delightful concoction that will intrigue any Janeite.' Lindsay Ashford, Editor

Check the ebook on Amazon 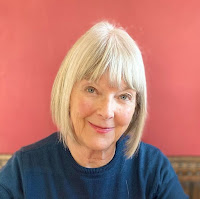 Annette Purdey Pugh grew up in Flintshire and graduated in English from Lancaster University. In a varied career, she has worked as a medical librarian, an optical assistant, and a milkwoman, bottling and delivering milk for almost twenty years to customers in Ceredigion. A writer from childhood, she has won awards for her short stories and poetry at the National Eisteddfod of Wales but was inspired to take up her pen more regularly following an Open University course in Creative Writing. A Murder at Rosings is her first novel, and has its roots in a lifelong love of Jane Austen. She still lives on the family farm in West Wales with her husband and three hundred sheep.

I hadn't heard of this book, so thank you for blogging about it. I have to say, although Charlotte didn't love Mr Collins I don't see her as mercenary - when they married he didn't love her either, it's a business transaction and I count them both fortunate in their marriage. She does well financially, with the chance of a home and family of her own and Mr Collins, by sheer dumb luck, has landed a wife of good sense who will really be a positive asset to his life and is also kind enough to try and keep him happy while doing it!

If you want to get online law assignment help services, then simply reach out BookMyEssay official website where you can get the best assignment writing experts' team that is available for your support 24/7 to provide you 100% accurate information.