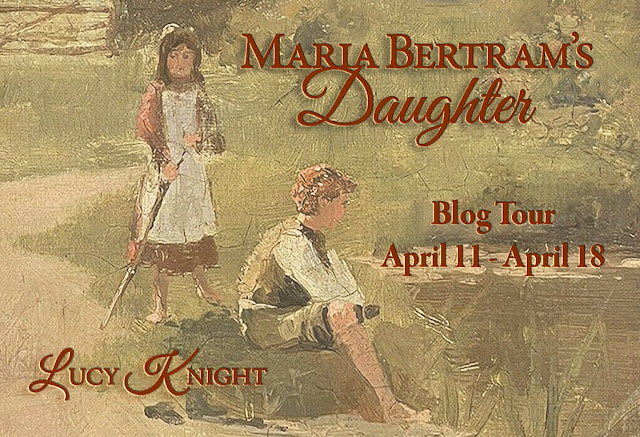 Thank you, Maria Grazia, for hosting me on my blog tour. I thought your readers might be interested to know how I came to write Maria Bertram’s Daughter as I understand that Mansfield Park sequels are unusual. Personally, it is one of my favourites. There is so much symbolism in it, and it is so rich in characters, mostly unpleasant. My other favourite is Sense and Sensibility because that, too, is full of monsters. I used to read Jane Austen for the romance, but now I read her mostly for the laughs, which come mainly thanks to the hypocrisy and unintentional self-revelation of the secondary characters.

How I came to write Maria Bertram’s Daughter

It was the second Covid lockdown in France. Dark times. I live alone, so it was just me and the dogs for months on end. (Thank goodness for dogs). During the first I had gone back to Jane Austen on audiobook, partly so that I could hear another human voice. Gradually I became immersed in the early nineteenth century. I live in a remote part of the French countryside, so I could have been in almost any time period, and the landscapes, flora and fauna are not so very different from the English varieties. In many ways, it’s more like England as Jane Austen would have known it than most parts of England are today.There are endless empty tracks past tiny hay meadows, an abundance of birdlife and the old life of aristocracy, “gentry”, farmers and peasants still visible in the configuration of the villages and hamlets. My local chateau, which I can see from the back of my house, was originally built in the tenth century, and the building we see today is from 1460 with an eighteenth-century extension.

The second lockdown came in, with a curfew for extra confinement. I had been listening to Mansfield Park and I had a nagging thought. When Maria Bertram was exiled to the countryside, with only Aunt Norris for company, what if she was pregnant with Henry Crawford’s baby? I began to think about the life that child would have, growing up. Not a very nice one, I conjectured.

I began to write the story entirely for my own amusement. I put in references to other books written or set in the same time period. (There are references to Wordsworth, George Eliot, Charlotte Bronte, Thackeray, among others. See if you can spot them…) Dorothea is named both for Eliot’s heroine in Middlemarch and for Arthur Ransome’s Dot. (Arthur Ransome, of Swallows and Amazons fame, has one of my favourite writing styles.)

I found that not only was I kept busy making up the story as I went along, but also that the act of writing it made me feel wonderful. It was an antidote to the creeping anxieties that beset us all at that time.

Some years ago, I spent a great deal of time researching a clergyman, born in 1815, his family and his many interests. His name was William Kingsley. This research encompassed some of the incidents which I put into the novel – for example, my clergyman attended Morpeth Grammar School as a boy, and spent a lot of time in Stephenson’s factory, learning, among other things, how to file flat. (An accomplishment which led him, later, to become one of the first people on earth to take a photograph through a microscope. He was able with precision to grind his own lenses). He was also a friend of Turner and Ruskin, among other luminaries, and his first father-in-law was the architect of the National Gallery in London. So I still have plenty of material to draw on in future books.

I had absolutely no idea what was going to happen next at any stage. I even changed the ending at the very last minute! I only hope readers enjoy reading about Dorothea and her adventures as much as I enjoyed writing them. 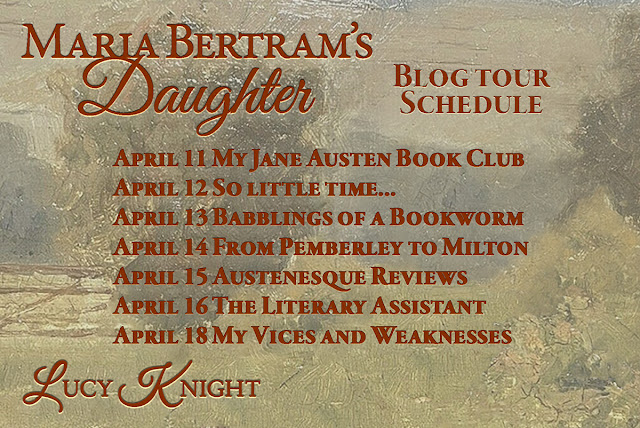 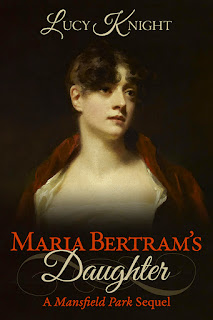 She could be mistress of Mansfield Park. But is that what she wants?

An unwanted child—conceived in circumstances her mother would rather forget—Dorothea Henrietta Rose grows up solitary and neglected with her dissatisfied mother and unpleasant great-aunt Norris. Raised without the knowledge that her mother is her mother or that their occasional visitor, Sir Thomas Bertram, is her grandfather, she is forbidden ever to set foot in Mansfield Park.

Dorothea hopes for a happier life when sent away to school, but her difficulties are not over. She is obliged to make her way in the world as a governess and, thus, encounters human frailty, hypocrisy, good, and evil in her travels throughout England.

She meets the Crawfords—Henry and Mary (now Lady Drumroth)—and inevitably does the one thing she must not do: unwillingly makes herself known to the inhabitants of Mansfield Park. 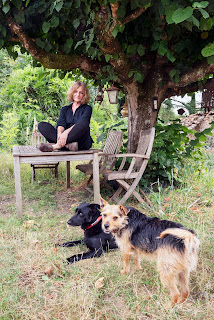 Lucy Knight grew up in Whitby, North Yorkshire, now a tourist town but until recently a small and historic port which was known for shipbuilding, fishing (including whaling) and having an important Abbey. During her life she has moved around a great deal both in England and on the continent of Europe; she now lives in a tiny hamlet lost in the French countryside with two rescue dogs, two rescue chickens, an unknown number of bees and eight sheep.

Lucy has two children and three grandchildren, all of whom live in England.

Lucy has only recently begun to write historical fiction but she enjoys it so much she can’t stop! Her background is in comedy and drama, so there will always be some jokes and plenty of dialogue.

When she is not writing, Lucy teaches English and French, and she love to take long walks with her dogs during which she revels in the birds, butterflies, trees and flowers which are so abundant in her part of France.

Thank you for hosting Lucy! It is always such a pleasure to visit your blog, Maria.

Lucy, I was fascinated with how you came to write this story. I agree with you about being thankful for dogs. Mine helped me through the pandemic and the many days at home too. I love your book and wish you the best.

I enjoyed your post, Lucy! I love hearing about story origins. I admit that Mansfield Park is my least favorite of JA's novels, but I am intrigued to learn more about the symbolism in Mansfield Park. I'm open to having my opinion changed, as I haven't given the novel the attention I probably should have in the past. Best wishes for a fun and successful blog tour!

Sounds great and love a continuation of Mansfield Park.

Thank you all, it's lovely to be here on the blog tour. I'd love to hear what people think about the book when they've read it. A good omen today arrived in the shape (and mostly sound) of the first nightingales of the year to my garden. The song of nightingales is one of the things that drew me to live in France, they are so sadly rare in England now (though Jane Austen would have heard them).

It's always refreshing to hear why an author chose a story and the names of the characters. It breathes even more life into the story than is already there. Thanks, Lucy, and have fun on your blog tour. Thanks, Maria, for hosting!

It sounds that I am of like mind with the other comments. I do love reading about how an author decided to write the story she is publishing. Your research sounds fascinating and I enjoy the references to literature of the time sprinkled among pages of a new story. Thank you so much for sharing this with us. The very best of luck in launching your book.

Amazing suggestion for WRITE MARIA BERTRAM'S DAUGHTER. Thanks, for sharing this type of content on Blogspot. I also knew one website named The Student Helpline which has experts writers for dissertation help to Uk scholars. Go and check this on google for the next writing help.

Interesting,thanks for sharing your thoughts of writing other characters to the story. Amazing to explore their stories. Not much familiar with Mansfiedl story. Thank you for this as it sparked my interest to read it again. Thank you also for this giveaway

This sounds interesting. Mansfield Park is not my favorite Austen, but I tend to read its fan fiction/sequels more than the others.