FROM APATHY TO ACTION! JASON IZATT & THE BIRTH OF THE JANE AUSTEN'S WORLD IPAD APP

First of all I have a confession to make. I haven’t always been a Jane Austen fan. When we were first married, we watched the movie Emma … and I was bored to tears! I couldn’t understand the genre or the relationships. There was very little action. It just wasn’t for me.

Well, fast forward to 2013. I’m a few years into my new business as a mobile app developer and my wife comes to me with an idea. Could I build an app that had the full text of Pride & Prejudice along with lots of contextual information such as vocabulary, locations, etc.? I assured her it was possible and as an effort of love, I started the planning.

In order to make sure I was fully invested, my wife insisted we watch the full 1995 extended version TV mini-series. Remembering my experience with Emma years earlier (yes it was that impactful), I was wary but agreed. So on our Anniversary outing, with our kids safely at my sister’s house, we snuggled up with a laptop as we sat on our hotel bed, and one by one the DVDs played. And something happened. Maybe I was more mature; maybe Pride & Prejudice is better than Emma; maybe I was more invested. But I started to really enjoy it! I mean really enjoy it! We watched the entire thing and my world was expanded. What a great show! 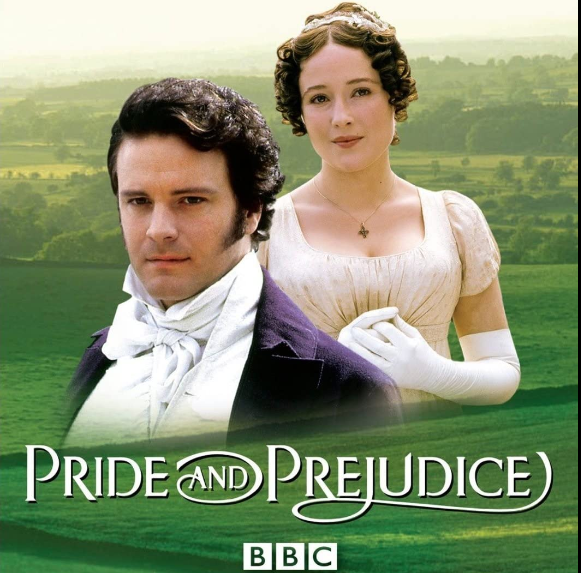 So now you’re asking, if this happened in 2013, why is the app just now coming out to the App Store? Good question. Here’s what happened. That summer I recruited a graphic artist to do all the artwork - character portraits, backgrounds, icons, etc. My wife was responsible for all the text - character biographies, city descriptions, quotes, trivia, etc. And I dove in designing and coding the software. I got about 80% done and things were looking good. But I couldn’t get the actual text of the book to appear right and use cool page turning animations and such. And about this same time, my wife started another school year as a junior high math teacher. Yes, she deserves a medal and much more for that!

And things stalled…and time went on…and other things took priority. Last summer (2021) I got the itch to pick up the project again. But since I couldn’t code it myself due to issues with my hands and wrists from a career in software, I had to find a developer that could finish the job for me. Luckily I was able to recruit the son of a former client and friend. He had been building apps for a few years as a high school student and was now graduated and on his own. The project was back on track!

In a few short months, the app was ready! We had found and licensed an ebook plugin from a company in Korea that gave us all we needed to have the full text of Pride & Prejudice in the app, with page turning animations, font size control, and bookmarks. And now the full Jane Austen’s World iPad app is available in the Apple App Store just for you!

What’s in it, you ask? I refer you to the screenshot of the home screen below. There are many tappable areas that take you to different aspects of the app. Tap on: 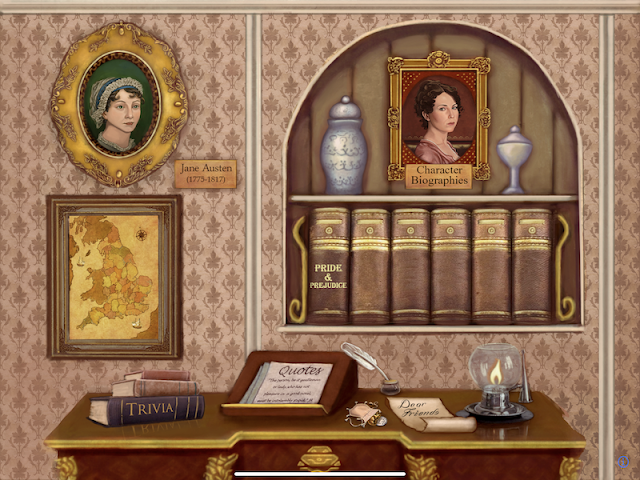 3)   The Map - open an interactive map that allows you zoom in/out, tap a city name, and see the  description of how that city was featured in the book.

5)     Trivia - a collection of trivia items and vocabulary defined

6)     Quotes - many of the favorites taken straight from the book 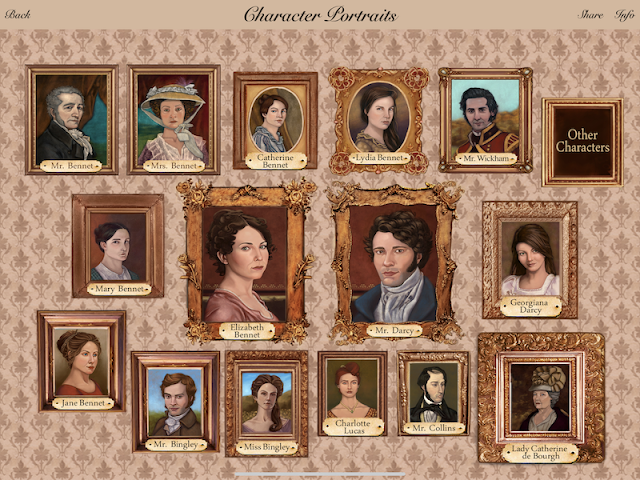 Please enjoy and let us know what you think by leaving a review in the App Store. Thank you! 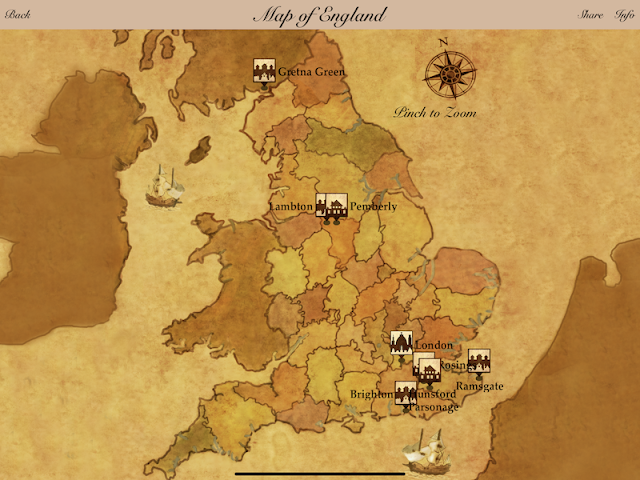 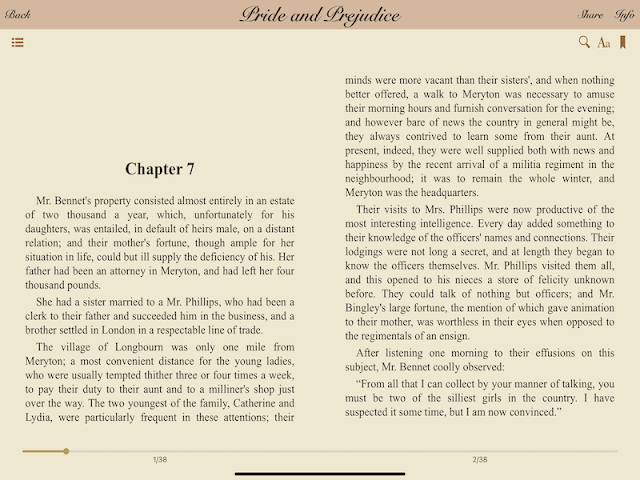 It was nice to read your blog. Are you in need of professional assignment helpers? Well! You have reached the right place at MyCaseStudyHelp.Com where you receive a one-stop solution.We offer one of the finest Case Study Assignment Help for students' benefits. We have more than 5000 professional Case Study Writers experts to support students in doing their university projects. We provide assured quality and credibility. That's why a majority of students trust our Assignment Help.

This is such a good idea for an app. Will it be available for Android too?