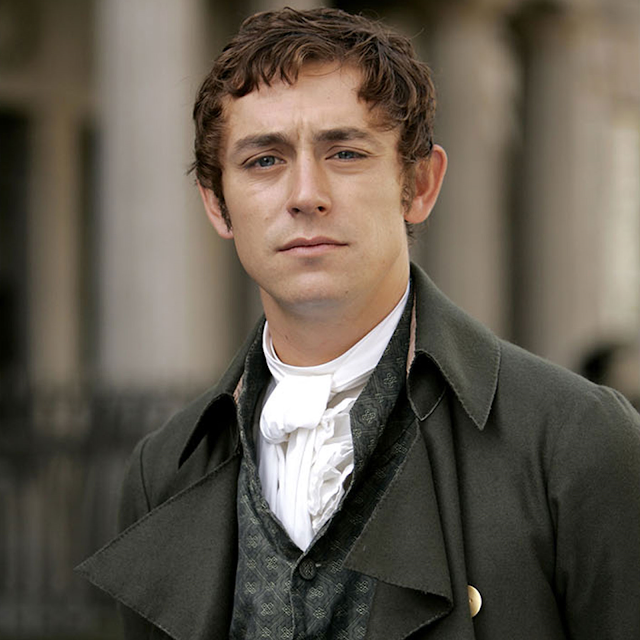 Jane Austen was committed to the Church of England (Anglican Church), and she worshiped in its churches and chapels regularly. Her father, two of her brothers, and many of her friends and relations were Anglican clergymen. The Church of England was a state church. Parliament made laws concerning worship and churches. The archbishops and bishops of the church sat in the House of Lords. (Much of this is still true.) Everyone was required to pay tithes (10% of their income or agricultural produce) to the clergyman of the parish where they lived. (This is no longer true.) 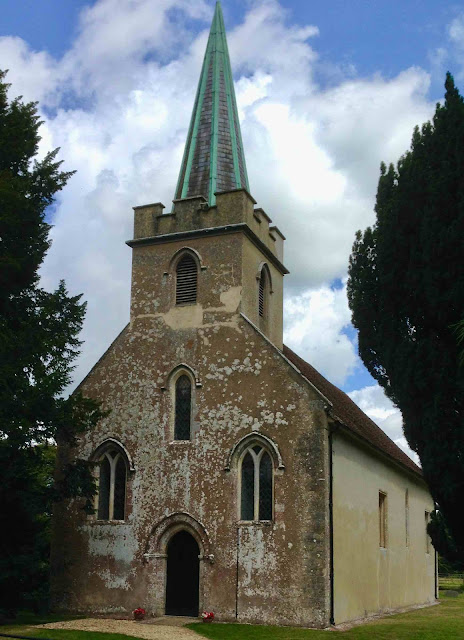 [The Steventon Church where Jane Austen’s father was rector as she was growing up. Photo © Brenda S. Cox, 2022.]

Other denominations faced many restrictions. The Pilgrims and Puritans went to America to escape such restrictions. However, by Jane Austen’s time, denominations such as Baptists, Quakers, Methodists, and Independents (Congregationalists) were “tolerated” and could worship in their own chapels or meeting houses. (The word “church” was reserved for Anglican parish churches.) Non-Anglicans, called Dissenters, were not officially allowed to hold government offices, but that restriction was often overlooked. Most of them were from the middle and lower classes.

Catholics, however, faced the most restrictions and prejudices. As I wrote in my new book, Fashionable Goodness: Christianity in Jane Austen’s England, chapter 13:

The Catholic chapel in Bath faced opposition over the years. In Northanger Abbey, Eleanor imagines ‘a mob of three thousand men assembling in St. George's Fields; the Bank attacked, the Tower threatened, the streets of London flowing with blood’ (ch. 14). This could describe the Gordon Riots of 1780, huge anti-Catholic uprisings in London.Riots spread to Bath, where anti-Catholic rioters burned down the chapel near St. James Parade. Afterwards, the leader of the mob was hanged, and a tax on the whole city gave the Catholics enough money to build a new chapel in a “less-conspicuous” area on Corn Street. 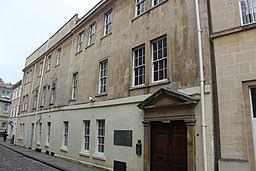 [The Catholics in Bath met for some years in this building. It was originally the Old Orchard Street Theatre until the new Theatre Royal was built; then it was a Catholic chapel, and later became a Masonic Temple. But it doesn’t look like much from the outside! Photo public domain.]

However, many people supported rights for Catholics, including a clergyman with a reputation for wit and charm. From chapter 23 of Fashionable Goodness:

Catholics . . . were considered agents of foreign powers. Several Catholic plots to overthrow the government heightened these fears, such as the Gunpowder Plot in 1605. The English still celebrate its discovery by “burning” the leader Guy Fawkes in effigy each year. Later, the French Revolution and war with Catholic France intensified anti-Catholic animosity.

In 1791, though, Catholics obtained the right to meet for worship under certain conditions. . . . Non-Anglicans were not supposed to sit in Parliament or hold any public offices until 1828, though some already held offices. Even among the nobility, Roman Catholic families could not take their seats in the House of Lords until 1829. By that time, the English government officially recognized that someone could be a good citizen without being Anglican.

A popular clergyman, Sydney Smith, had supported the rights of Catholics with a series of entertaining letters. Jane Austen may have partially modeled Northanger Abbey’s Henry Tilney on Sydney Smith, considered the wittiest clergyman in England. She may have met him in Bath in 1797; he tutored the son of a family the Austens knew. In 1806 he got a church living as a rector in Yorkshire, and in 1807 he published the first of his letters.

Smith began his letters by debunking various rumors about Catholics, his generation’s fake news. He ridiculed his reader’s fears as he informed them that the Pope had not landed in England or been hidden by a noblewoman, and that wooden gods had not been seized at Charing Cross. More seriously, he pointed out that England urgently needed good military men and government officials, and that the details of their beliefs did not affect their competence.

Smith argued that the Church of England was already well established, having already placed “ten thousand well-educated men in different parts of the kingdom” to preach (clergymen of the parishes), requiring local people to pay those clergymen whether they listened to the sermons or not. He said that fact would always provide “an immense majority in favor of the Established Church,” but nothing more could be done. 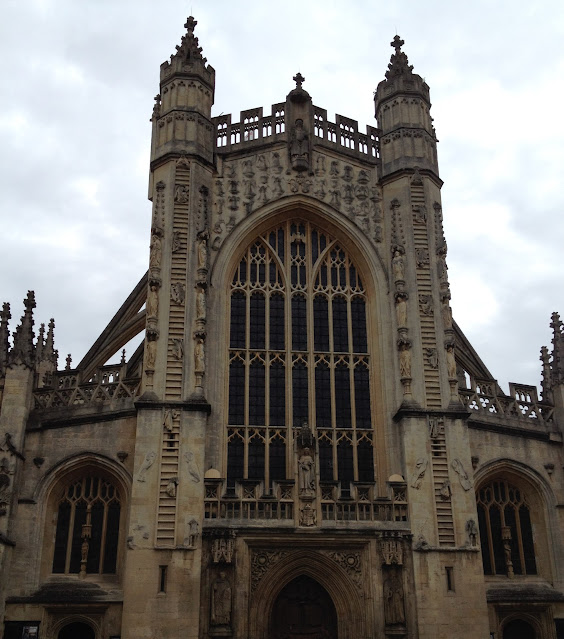 [Bath Abbey is a Church of England parish church (NOT a cathedral) that towers over Bath.]

Sydney Smith supported Catholic rights and also opposed slavery. He is also credited with many pithy sayings. Here are a few of my favorites:

1.      Preaching has become a byword for long and dull conversation of any kind; and whoever wishes to imply, in any piece of writing, the absence of everything agreeable and inviting, calls it a sermon.

2.      The object of preaching is, constantly to remind mankind of what mankind are constantly forgetting; not to supply the defects of human intelligence, but to fortify the feebleness of human resolutions.

3.      Never . . . talk above a half minute without pausing, and giving others an opportunity to strike in.

5.      Among the smaller duties of life I hardly know any one more important than that of not praising where praise is not due.

6.      The fact is that in order to do any thing in this world worth doing, we must not stand shivering on the bank thinking of the cold and the danger, but jump in and scramble through as well as we can.

7.      Have the courage to be ignorant of a great number of things, in order to avoid the calamity of being ignorant of everything.

8.      A great deal of talent is lost to the world for the want of a little courage. Every day sends to their graves a number of obscure men who have only remained obscure because their timidity has prevented them from making a first effort.

9.      It is the greatest of all mistakes to do nothing because you can only do little.

10.  Let every man be occupied, and occupied in the highest employment of which his nature is capable, and die with the consciousness that he has done his best.

11.  No furniture so charming as books.

12.  Live always in the best company when you read.

13.  In composing, as a general rule, run your pen through every other word you have written; you have no idea what vigour it will give your style.

14.  We know nothing of tomorrow; our business is to be good and happy today.

There are many more at wikiquote, which includes the exact sources of the above quotes.

Can you imagine Henry Tilney saying these things?

For me, writing a book and sending it out into the world has needed all my courage (see 6-10 above)! But I’m excited to now be able to share it with you.

Jane Austen transports us to a world of elegance and upheaval. The Church of England, at the heart of her life and her world, is key to understanding her stories. Readers may wonder:

•    Why could Mr. Collins, a rector, afford to marry a poor woman, while Mr. Elton, a vicar, could not?

•    Why did Mansfield Park’s early readers (unlike most today) love Fanny Price?

•    What part did people of color, like Miss Lambe of Sanditon, play in English society?

•    How did Austen’s church impact people’s lives and the world?

Fashionable Goodness: Christianity in Jane Austen’s England answers these questions and many more. It explores:

•        Challenges the church was facing, reflected in her stories, and

•        Ways the church in Austen’s England transformed England and the world.

Comprehensive, yet affordable and easy to read, Fashionable Goodness will help you see Austen’s beloved novels and characters in richer and deeper ways.

“Finally! Fashionable Goodness is the Jane Austen reference book that’s been missing from the bookshelves of every Austen fan and scholar.”

“You will look at Mr. Collins, the Crawfords, the Dashwoods, the Tilneys, the Wickhams, and Willoughbys--and especially Fanny Price!--with new and surprising insights. Bravo to Brenda Cox for giving us this very accessible, illuminating take on the ‘fashionable goodness’ of Austen’s era!”

“This scholarly, detailed work is a triumph. Easily read, helpful and accurate, it provides a fascinating panorama of 18th century Anglicanism and the various challenges the Church and wider society faced. Cox’s many insights will enrich readers’ understanding and appreciation of Jane Austen’s novels and her life as a devout Christian.”

~ The Revd. Canon Michael Kenning, vice-chairman of the Jane Austen Society (U. K.) and former rector of Steventon 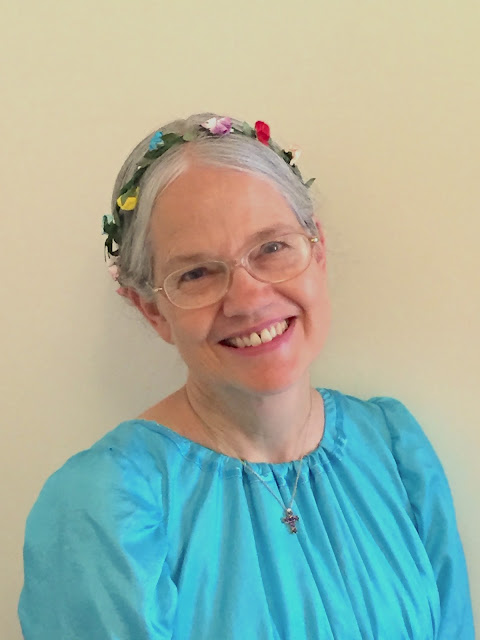 Brenda S. Cox has loved Jane Austen since she came across a copy of Emma as a young adult; she went out and bought a whole set of the novels as soon as she finished it! She has spent years researching the church in Austen’s England, visiting English churches and reading hundreds of books and articles, including many written by Austen’s contemporaries. She speaks at Jane Austen Society of North America meetings (incuding three AGMs) and writes for Persuasions On-Line (JASNA journal) and the websites Jane Austen’s World and Faith, Science, Joy, and Jane Austen.

a Rafflecopter giveaway
N.B. The giveaway is limited to addresses in the US, UK, Australia, Canada, Germany, Spain, France, or Italy for a print copy of the book. The author can only send a giveaway ebook to a US address. (However, both the ebook and paperack are available for sale to customers from any of these countries, and some others that have amazon.)
Posted by Maria Grazia at 08:00

I'm so excited to read this Brenda! You inspire me and your picture is beautiful!

Thank you so much! I hope you will enjoy it and that it will answer all your questions! :-)

Thanks, Nancy! I hope you will enjoy it!