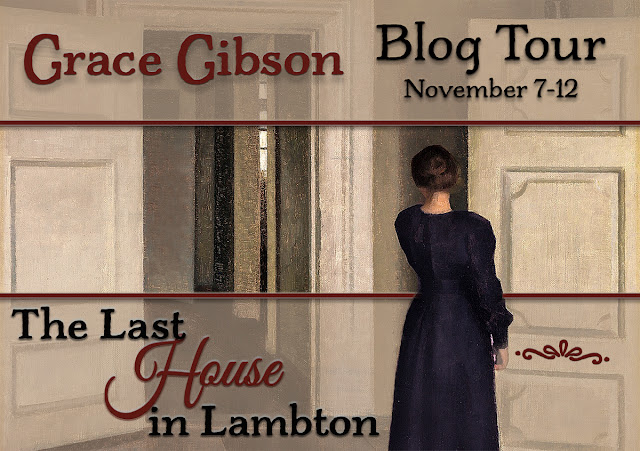 Thank you so much for hosting me and sharing news of my new release, Maria Grazia!

I know we are all saturated beyond endurance with the global pandemic and are actively striving to put it behind us.

But perhaps, as I did, younoticed the trend toward polishing upour domestic skillsduring periods of what came to be known as sheltering in place. People began cooking, learned how to bake bread, and started to crochet again—that sort of thing. I suspect the tone of my latest novel may have been affected by our generally collective urge to nest. Or, perhaps I was simply expressing the feelings of seclusion so common during those long days of lockdown.

The Last House in Lambton is a love story, but it is also a story about isolation. For me, there was a fairly insular, intimate feeling that permeated the relationship between Mr. Darcy and Elizabeth Bennet. In effect, while writing this variation to their timeless story, I was living in a bubble—the bubble of their private worlds. Here is an excerpt that reflects the constrained and airless circumstances in which they sometimes found themselves trying to converse—or argue—as these lovers have sometimes been known to do. 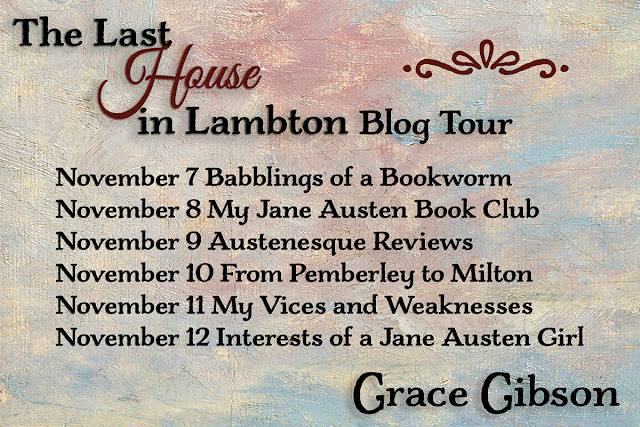 To set the scene, Elizabeth is carrying a tea tray through the darkened hallway between the kitchen and parlor in Mrs. Jennings’s small house…

Mr. Darcy met me midway. The gentleman was becoming quite familiar with the narrow hall that led to the kitchen. In fact, he had also lurked in the hall outside Mrs. Reynolds’s office at Pemberley, had he not? I wondered whether he might be one of those eccentrics my father loved to lampoon over dinner, and I was smiling to think of it as I approached.

“Allow me,” he said, searching my face. He did not answer my smile with one of his own. In fact, his ungloved hands grasped the tray over my own bare fingers, and he seemed to press them urgently. The gesture was so marked, I looked up into his eyes in anticipation of what he seemed about to say.

“Is there no one in your family who can come to your aid?” he asked in a low voice.“You are here all alone—”

“Hardly alone,” I quipped. “If I were to unlatch that door for five minutes, Mrs. Edmonton would be encamped in our parlor for the whole of the afternoon.”

Mr. Darcy did not look amused by my jest. Instead, he looked upon me even more intently. “Winters here are not easy.”

“My word, sir! Are you suggesting I should not have the charge of Mrs. Jennings? That I am not capable of managing such a small house and providing for the comfort of one tiny lady whose needs are so few?”

“I did not mean to imply that you are incapable.”

Unbelievably, he still had a strong hold over both my hands on the tray handles as we spoke, which, in that cramped passageway,  rendered him far too close for such a conference. I threw back my head so as to achieve enough distance to stare at him properly.

“I meant only that you—um, anyone—should have more support. Is there no one to assist you?”

“Ah,” I said grimly. “You have judged my family once again, and we have failed to make your mark, is it?”

“Do not pretend you do not understand me, sir,” I said, extricating my hands by force from underneath his own. “You believe we Bennets are a shoddy bunch.” And then in an effort to put an end to the business, I said, “The tea will get cold.”

Perhaps as I did, you can picture Elizabeth, with her chin in the air, marching away from an irate Mr. Darcy?

This insulated feelingof snatched conversations and the deeply private thoughtsof both Elizabeth and Darcy,as told in alternating first-person narratives, weaves its way through to the end. Just in time for the change of season from outgoing spring and summer to the introversion of autumn and winter, I hope the feeling this story gives readers is a slow transition—a thawing if you will—from cold isolation to the warm glow of lovers who just want to be left alone. Enjoy!

Does it ever stop raining in Lambton?

Darcy and Bingley depart Netherfield Park, leaving Elizabeth Bennet acutely aware of the monotony of her life. Seeking a reprieve, she volunteers to serve as temporary companion to Mrs. Gardiner’s elderly aunt who lives in Lambton. Nothing turns out as Elizabeth expects, and she is forced to dig deep into her reserves of common sense, humor, and stubborn persistence to prove herself equal to the dreary circumstances.

Initially unaware that Pemberley is only five miles away, Elizabeth crosses paths with Darcy annoyingly often. When the gentleman rescues her from a shocking situation, Elizabeth faces some hard choices, at the same time struggling against the smoldering attraction that can neither be repressed nor fulfilled.

Mr. Darcy, meanwhile, in whose heart a fire has also been lit, is shocked by the lady’s stubborn refusal to accept his help. Alternating between alarm and begrudging admiration, he stands helplessly on the sidelines while she struggles to retain her independence. He, too, must make some hard choices in the end. Will he let her go? 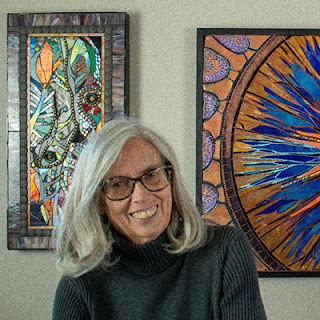 In addition to mosaic art, which she creates at Studio Luminaria (her home-based glass shop in El Paso, Texas), Grace enjoys writing Regency romance and Pride and Prejudice variations. 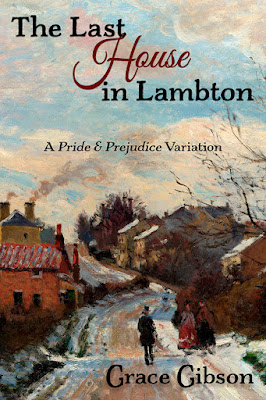 Meryton Press will be giving away one eBook for each stop on the Blog Tour, for a total of six eBooks.

a Rafflecopter giveaway
Posted by Maria Grazia at 15:49

Thank you again for hosting me today and sharing my new release with your readers. I really appreciate it!

I'm following along the blog tour hoping to win a copy of this book. It sounds so good, and I've really enjoyed Grace's other books.

Maria, thank you for hosting Grace today. Grace, the excerpt is great. I can see Elizabeth just as you described her!

You're welcome! It's a pleasure to have you 🤗

Good luck in the giveaway contest, then! 🤞🐞Thanks for dropping by, reading and commenting, Jennie. 🙏🤗

Hi Jennie! Grace here…Thank you so much for stopping by and I have my fingers crossed you win the drawing!

Touched by Mr D's care, slightly annoyed with EB here. Intrigued with all their encounters and the moment Eb realizes his care. Thank you for sharing and the giveaway.

I really liked the synopsis of the book. It was already on my reading list. Thank you so much for the giveaway.