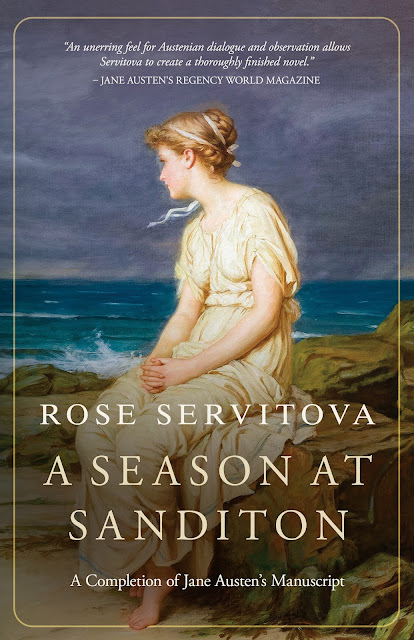 Congratulations on the release of your  A Season at Sanditon. How did you come to write your completion of Jane Austen’s unfinished last novel?

I had already completed Jane Austen’s other unfinished work, The Watsons, and had been asked by readers if I would ever consider completing Sanditon. At first, I answered ‘no’ as it was being finished for screen by ITV/PBS but when their story went very much in a different direction to how I felt I might finish it, I changed my mind. There is, I felt, plenty of room for different interpretations and I’m happy with my own version.

ow different is Sanditon from her major novels?

When I first read Austen’s Sanditon fragment, I was really surprised by how it differed from her other works. There were parts that were borderline slapstick, with some very ridiculous characters. It was so light in tone that I could hardly believe how ill Austen was when she wrote it, quite literally weeks before her death. If I were lying ill, I would have written something very heavy and morose. It is testament to how uplifting Austen’s spirit always seemed to be, as we see in her letters, that she wrote something like this. And even though we see very little of her characters in these few chapters, we see enough to imagine their personalities and draw similarities with her characters from other novels. One cannot read Lady Denham without comparing her to Lady Catherine de Bourgh and Charlotte has the potential to take on many of the characteristics of a true Austen heroine.

You also completed Austen’s The Watsons and wrote The Longbourn Letters inspired to Pride and Prejudice.  Is there any particular reason why you choose to focus on Jane Austen’s work for your writing?

I believe it was merely familiarity and a belief that Austen has done so much of the work for me, surely I could add a middle and end and have a novel!!! Each book has increased in size and, I hope, they have matured as I have gained confidence as a writer. I would hope to focus on other writing and not just depend on Jane Austen going forward. 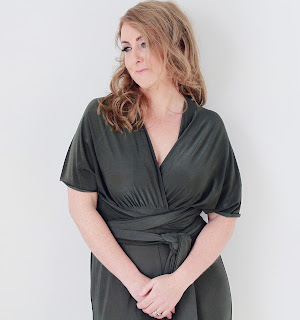 Jane Austen started showing her writing talent very soon in her life. Were you also a young  girl who loved writing ?

I was a young girl once and I loved writing but not necessarily at the same time. I came to writing when I was almost forty years of age. I wanted to write but the dream was too big and so I did not write at all. Then, with age, comes wisdom – I have nothing to lose, I have only one life, who cares, sit down and write!

Was there a scene you particularly liked writing in A Season at Sanditon?

Yes, there is a scene where Reverend Hanking joins Charlotte on the beach and they share their thoughts with each other. That scene was put in at a later stage when I was sitting at my desk and I saw Reverend Hanking riding a donkey on the beach and alighting to speak with Charlotte. The conversation they have is very important to the plot and it just felt so natural and humorous and important. I liked the way that came to me.

Do you have a favourite Austen novel? And who are your favourite heroine and hero?

My favourite keeps changing from Pride & Prejudice to Sense & Sensibility to Persuasion. I prefer minor characters to heros and heroines but I will not avoid the question – favourite hero is Mr Knightley (sometimes Captain Wentworth) and favourite heroine is Elizabeth Bennet (or Elizabeth Watson from The Watsons).

Did they have toilet roll? I dare say that’s what I would miss most – a good flushing toilet and toilet roll. I would love to go for walks and saunter about on a horse and cart, without always rushing about as we do now.

What was your research process for A Season at Sanditon? Did you have to research on anything in particular?

I read a lovely book ‘The Georgian Seaside’ by Louise Allen. Due to the pandemic, I was unable to fly to a historical seaside location in the UK, however, I had been to Lyme Regis before Covid and I also took myself to the Copper Coast here in Ireland and that really gave a fantastic sense of the setting. Some European aristocracy make an appearance in A Season at Sanditon and for that I relied on my connection with Vienna (visited many times) and my many visits to Moravian chateaux/castles. I also looked into how industry was beginning to take off. Entrepreneurs and industrialists were beginning to gain ground in economics and class and the idea of leisure time at seaside locations was relatively new. It was a wonderful subject to research.

I am overwhelmed with the positive response to A Season at Sanditon. At first, because of the TV series, I was afraid of upsetting people with my alternative but loyal completion and I was trying to preempt what readers may want. In the end, I realized that I could only write the book that I wanted to read. I had to write it for myself as an Austen fan and just hope then that it would please others on the way and I am so grateful that it has.

Here is the review of A Season at Sanditon that appears in Jane Austen’s Regency World Magazine;

“You are twenty-two years of age, I believe, Miss Heywood and one of fourteen children from a middle-sized farm. You have no wealth, no connections, no title and only a fresh-faced prettiness to recommend yourself. Do you not give marriage any thought?”

Startlingly rude, and verging on the vulgar, the dreadful Lady Denham is the seaside town of Sanditon’s answer to Lady Catherine de Bourgh in Rose Servitova’s witty and charming completion  of Jane Austen’s last, unfinished, novel.

The ‘fragment’ remaining consists of eleven and a half unrevised chapters – but the themes and actors contained in this tantalisingly brief piece of work provide a superb jumping-off place for Servitova’s latest offering.

Sanditon’s cast of characters is a gift, sketched out with perfect precision by Austen, and beautifully rounded by Servitova – largely filtered through the cool and ironic gaze of our unfairly insulted heroine, Charlotte Heywood.

Here is Charlotte on the predatory Edward Denham: “the kind of man who, if a lady returns his smile, begins planning their honeymoon,” and here, discussing two of the Parker siblings, Diana and Arthur, with the sweetly innocent heiress Jemima Lambe: “Where health matters are concerned, there is no one to compare with Diana Parker. I have no doubt she delighted in hearing you cough, that she might enjoy the sound of her own advice and credit herself for curing you. And poor Arthur is but her echo – a weak man with a fondness for toast.”

To make up for Diana and Arthur, the Parker family also gives us a fine hero, in the broad and manly shape of Sidney. A thoughtful and attentive charmer, he is perhaps more Bingley than Darcy, but none the worse for that. And then – along comes a wild card: Dr Hollis, with his connection to the Denhams, and his eye on Charlotte…

One cannot help feeling that Jane Austen would have enjoyed this lively and light-hearted completion of the novel that could have been the most modern and mischievous of her creations. The idea of the coastal resort took a firm hold of the British consciousness during the Regency – with Brighton and its outrageously extravagant Pavilion epitomising all that anyone could possibly ask of a fashionable seaside town. The concept of entrepreneurship, embodied by the Parker family, also emerged in the early years of the 19th century. All this was wonderful grist to Austen’s irony-mill: the comedic possibilities presented by a town full of aspirational social climbers, provincial ingenues and old school – but minor – aristocracy are endless.

Rose Servitova has picked up all these elements and crafted them into something very special. Her unerring feel for Austenian dialogue and observation has allowed her to create a thoroughly finished novel from the ‘fragment’ left incomplete at the time of Jane Austen’s death.

Congratulations on your new book. I love the cover and looking forward to reading this story