PRIDE AND PREJUDICE - ANSWERS TO QUIZZES

I / I Describe, with their Austenish epithet (or characteristic mark) the five Bennet girls, in order of age.

'Beautiful' Jane, 'quick' Lizzy, 'clever' Mary (who none the less lacks 'genius and taste'); Kitty (Catherine) is 'slight and delicate' and coughs (is she tubercular?); Lydia, the tallest, laughs and has dangerously high 'animal  spirits'. Their ages range from 22 (Jane), 20 (Elizabeth), down to the coltish Lydia (15). All are 'out'. Out on the marriage market, that is.
1/2 What does Mr Bingley wear on his first visit to the Bennets at Longbourn?
A blue coat. The colour indicates a certain (charming) lightness of character. Wickham possibly wears a blue coat to his wedding. 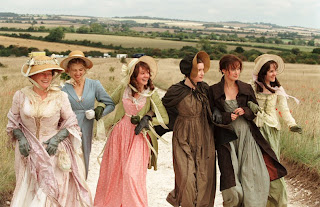 1/3 How many sisters does Mr Bingley have?

Excited gossip, in advance of any social connection, claims there are five. Only the odious Caroline and the nonentity Louisa later appear. The superfluity of women over men is one of the oddities of the Pride and Prejudice world. It is, of course, a time of war, when, on the home front, women outnumber men. 'The scarcity of men' is commented on later in the novel. The militia regiment at Meryton (providing a transient male population) enhances this impression of a paucity of eligible men. In the last sentences of the novel Jane Austen makes one of her very few historical references, when she mentions that 'the restoration of peace' will  upset the career of Wickham (now a regular soldier) and the
prospects of his wife, Lydia. This is, presumably, the Peace of Amiens, 1802. Wickham, we may surmise, may later atone for his sexual misdeeds by gallantry in the Peninsular War (like George Eliot's Arthur Donnithorne). He may even survive to fight and die at Waterloo, alongside Thackeray's George Osborne.
servicemen and militia men. At this date there was no conscription, so young men did not have to join up unless they wanted to. Only the determined tough ones joined the regular army, the others joined the militia (raised for service at home, in the event of French invasion). Militia could swagger about in red coats safe in the knowledge they would not face action overseas.
1/4 What is Mr Bennet's estate, Longbourn, worth, and who will eventually inherit it?

Two thousand pounds a year. In default of a male heir (Mrs Bennet gives up after the fifth daughter), it is entailed on a 'distant relation' (Mr Collins, as we  later learn). Longbourn has a farm attached, but Mr Bennet has no interest, apparently, in improving its crops and increasing its yields. His carriage horses do, however, double as agricultural beasts. He spends lavishly on his library, which obviously means much more to him than his fields. His sole rural pursuit seems to be shooting, so presumably he is sufficiently interested in his estate to keep a gamekeeper for his pheasant coverts.
1/5 How old is Charlotte Lucas?
Twenty-seven, ominously. Mrs Bennet ascribes Charlotte's misfortune to her being 'plain'—a Lucas family characteristic. Now, perhaps, Charlotte is too old for marriage. She is one of the clever women in Jane Austen afflicted with stupid parents and at least one stupid sister (Maria).
1/6 What first begins to attract Darcy to Elizabeth?
Her fine dark eyes and her brilliant complexion (usually a primary attraction in Austen's heroines).

1/7 Who is the commanding officer of the militia regiment which has been posted to Meryton for the winter, and who is the regiment second in command?
Colonel Forster and Captain Carter. 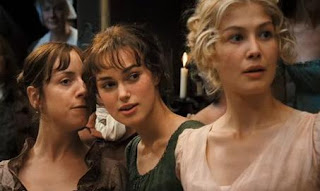 1/8 Where do the Bennet girls get their reading matter?
Clarke's library, in Meryton. It is also a good place to meet militia officers. Mary evidently raids her father's library. Elizabeth declares that she is not a great reader (although clearly literate).

1/9 What relation is Mr Philips to Elizabeth, and what is his profession?
Maternal uncle by marriage. He succeeded her maternal grandfather in his practice as a country attorney in Meryton.

1/10 Who introduces Wickham to the Bennetyoung ladies, and what do we know of him?
Mr Denny (that is, a lieutenant, with 'Mr' as his military title, like Wickham). Having served his purpose in
the plot he disappears. Later, although he may have been a party to the elopement of Wickham and Lydia, he claims ignorance.

1 / 1 1 How much did the chimney-piece in Lady Catherine's drawingroom cost?

Eight hundred pounds. This seems a vast cost, unless it were plundered from some castle in Italy. It might conceivably be a printer's error for £300 (in figures in the manuscript). Or perhaps it is just another Mr Collins absurdity. 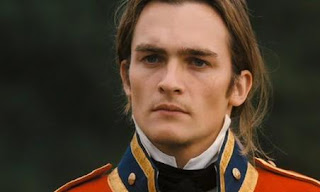 1/13 How much money does Mr Collins lose at whist?
Five shillings. Quite a sum, for a country clergyman.

1/14 What is Sir William's favourite epithet?

'Superior'. He feels, with some justice, a haunting sense of his own indelible inferiority, despite the  presentation to his monarch at St James's.
1/15 What are Mary's shortcomings as a singer and pianist?

As a singer, her voice is weak and her manner affected. As a pianist, she has 'a pedantic air and conceited manner'. Listening to her performing in public plunges Elizabeth into 'agonies' of familial shame.
1/16 What does Mrs Gardiner inform her sister-in-law is the latest style in fashionable London?
Long sleeves. Presumably the needles start moving at once in Longbourn.

1/17 To whom does the faithless Wickham transfer his affections,and why?
Miss King, who has, through her grandfather's recent death, come by £10,000. We know little else of Miss King beyond this all-important fact and that she is (as spite portrays her) 'a nasty little freckled thing'.

1/19 How far is it from Longbourn to Hunsford?
'Nearly fifty miles'—of'good road'. Austen is precise about such details, and evidently used road maps.

1/20 What is George Wickham's relationship to Fitzwilliam Darcy?

None. George is old Mr Darcy's godson (the gentleman's name, quite likely, was George Darcy, we may deduce). Fitzwilliam is old Mr Darcy's son.
1/21 How old is Darcy?
He is 28, which makes him thirteen years the senior of his 15-year-old sister (effectively, his ward) and some seven years older than Elizabeth. 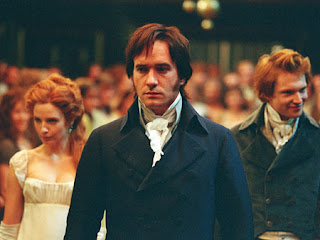 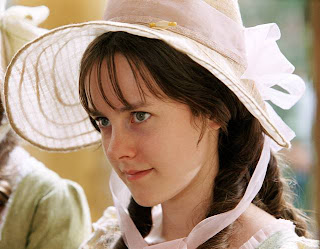 1/23 Where does the shire militia go in the second week in May, after wintering at Meryton?
To the encampment at Brighton—for exercise or active service, we assume. Lydia goes with them, as a kind of camp-follower in training, with the light-headed wife of Colonel Forster. The encampment at Brighton is one of the historical dating points for the composition of the novel, and its action. The camps at Brighton were only held in 1793, 1794, 1795, 1796, 1798, and  1803. Jane's brother Henry Austen was there in 1793 with the Oxfordshire militia, and the North Hants militia were also there that year—facts which evidently supplied her with information on camp life. Jane Austen fills in aspects of the social life of the militia via the younger Bennet sisters' connection with the commanding officer's family. We learn, for example, that Mrs Forster is 'a very young woman' (younger, presumably, than her husband who has risen in the service), light-headed, 'exuberant', and given to scheming. She takes a shine to Lydia (but not to Kitty, whom
she does not invite to go with her at Brighton). Colonel Forster,  by contrast, is a 'sensible man'.
1/24 Why does Jane have to cede her place to Lydia, six years her junior?
'Because I am a married woman', Lydia says. 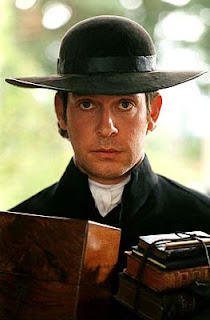 1/25 Why does Mr Bennet advise Mr Collins to 'stand by the nephew ?
Because 'he has more to give' give' (than Lady Catherine, in clerical preferments, that is).
Posted by Maria Grazia at 23:43

Oh, great! I got only one wrong and there were only two I didn't know!

That is really interestig! I have almost answer correctly :D