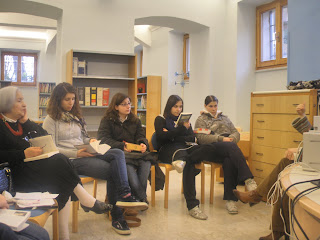 The second meeting to discuss  Northanger Abbey started perfectly on time. Unusual for us Italians, but true. There were three new acquisitions but some of us were, unfortunately,  ill at home. Anyhow, Northanger Abbey and its  delightful plot and characters let us have a very good time.

We talked about
We also read some excerpts from the book and finally watched two fragments from ITV Northanger Abbey (2007) starring Felicity Jones and J.J. Feild.


Most of the  girls are enthusiastic and eager to go on with this experienc. At least, this is the impression I get from their comments and smiles! The more hermetic of our group  is  still convinced we are reading romances, just romances. She feels Jane Austen's style is affected and her stories shallow. We ,  all we,  tried to convince her of the contrary but we really had a hard time. Can you guess who she is from the photos? 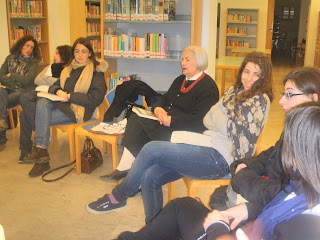 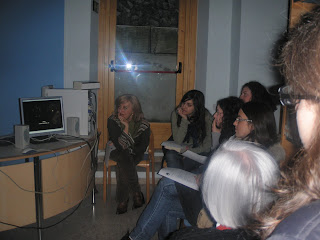 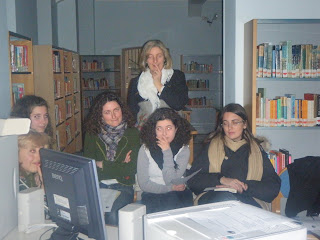 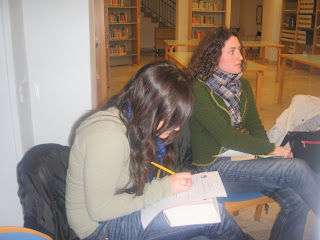 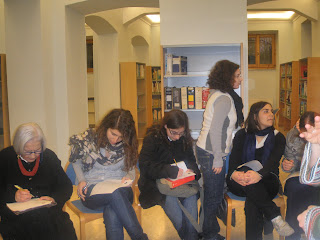 As you can see in some of the pictures above, today I asked the readers in my group to answer some questions after our discussion. It was a simple survey I prepared to get some feedback. Here are the results. 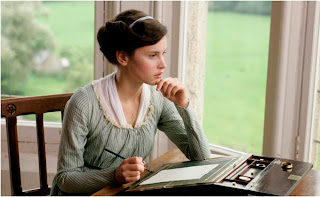 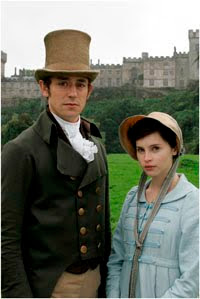 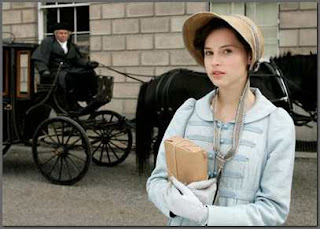 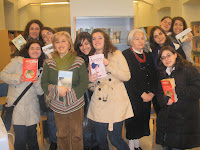 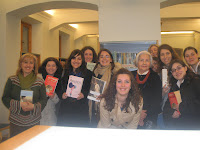 :( I wish I could be there! This looks like so much fun!

Oh man, I want a club like that! it sunds so fun MG! Looking foward to the P&P meeting and your posts about it!

Sounds like you have a fantastic book group going on here - although I think that NA might be my least favourite Jane Austen. Lovely pictures and fascinating subjects discussed. i hope that all of you get more out of the book as a result!

thanks for sharing and I wish I was there,

Looks like a great group of ladies! So good that you managed to watch a bit of the adaptation as well. Personally I liked it very much. I think you should organize a trip to Bath with your ladies. We could all meet up and have tea and scones, after vising the Jane Austen's Experience! What do you think? Ciao. A.

I think that it'd be great! Both being in Bath and meeting you, A.!