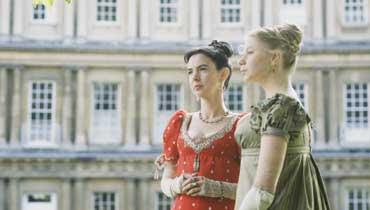 The Jane Austen Festival in Bath opens on 17th July. I’d love to be able to go! What about you? Have you ever been to Bath and, especially, have you ever taken part in the Festival? It must be great to be there. For now, just dream about it…

Some of the attractions at The Jane Austen Festival include small soirees, theatre, concerts, walking tours, food, talks and of course dancing plus the opportunity to dress throughout the week, if you wish, in 18th century costume.  What costume would you choose? I love Romola Garai's costumes in BBC Emma 2009. What about you? 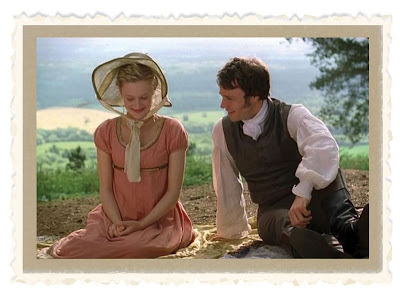 
Colonel Brandon and Elinor Dashwood have been reunited in  a common project with the supervision of John Willoughby. What kind of ramblings are these? Just news, as I announced in the title. 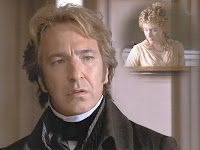 The fact is that Emma Thomson (Elinor 1995) and Alan Rickman (Brandon 1995) star together  in a powerful and visually arresting film, The Song Of Lunch, made by BBC Drama Production for BBC Two.
The film, a dramatisation of Christopher Reid's narrative poem, tells the story of an unnamed book editor (Alan Rickman) who, 15 years after their break-up, is meeting his former love (Emma Thompson) for a nostalgic lunch at Zanzotti's, the Soho restaurant they used to frequent. 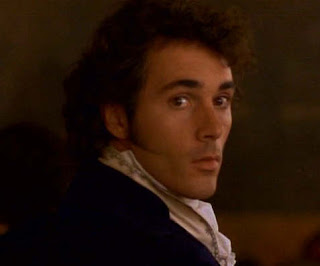 Greg Wise (Willoughby 1995 and Emma Thomson's husband in real life) and Sarah Brown were the executive producers  for the BBC.
BBC2 unique fusion of poetry and drama will be broadcast to mark National Poetry Day on 7 October 2010.
Posted by Maria Grazia at 19:12

I would love to go there too! My friend sews period costumes, it would be fun to dress up and participate in the festivities! Someday!

I've been to Bath twice and both times I absolutely loved it. You cannot miss someone in austinesque custume even outside the festival time. Also every year at the end of June the JA Centre organize this wonderful period ball....Oh, I'm dreaming...Let's pack up and all meet there...Ciao. A.

I'd love to go to the festival someday. And, would wear costumes similar to Jane in the Becoming Jane movie.

Oh yes, Bath is so lovely. We went there a summer (too ;-) ) long ago, and what a surprise it was to find that the Muesum of Costumes was displaying all the gowns they were wearing in the movies just that summer.

Every corner in Austen reminds you of something Austen. And I really liked the town, too. It's small and cosy and has some pretty shops.

Of course I would like to attend the Festival, too! It is a pity, lunarossa, that there won't be any rooms available now, because if the contrary was the case... *starting to dream* :-D

2. Sense and Sensibility Reunion
As I must confess, I am a bit Alan Rickman obsessed, so that is wonderful news! Especially when Emma Thompson is starring in the movie as well. They are both great actors and I am sure the movie will be worth watching it.

I've never been in Bath but I love it since I've known it as an Austen location. One of my dreams is sleeping in the famous hotel in Royal Crescent. I must also confess that Bath is the only place where I think I wouldn't feel ashamed to wear period costumes!

About the new BBC adaptation,I won't miss it: I love, love Alan Rickman! By the way... has anybody seen that music video by Texas where he dances tango? Check on YouTube!

I've been to Bath, but not during the festival. That would be so fun. I had no idea Emma Thompson was married to Greg Wise. I love that. She's just fantastic.