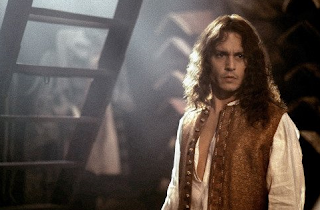 The Libertine
A thousand martyrs I have made,
All sacrificed to my desire,
A thousand beauties have betrayed
That languish in resistless fire:
The untamed heart to hand I brought,
And fixed the wild and wand'ring thought.
I never vowed nor sighed in vain,
But both, though false, were well received;
The fair are pleased to give us pain,
And what they wish is soon believed:
And though I talked of wounds and smart,
Love's pleasures only touched my heart.
Alone the glory and the spoil
I always laughing bore away;
The triumphs without pain or toil,
Without the hell the heaven of joy;
And while I thus at random rove
Despise the fools that whine for love. 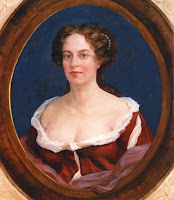 This poem by Aphra Behn  (on the left) depicts the libertine according to the Restoration stereotype. The rake was in the Restoration comedies a hero,  seen  their emphasis on the senses, the temptation to follow one’s ‘natural’ desires, and their recognition of social settings as sites of sexual struggle. A libertine is typically defined  as one who indulges in desires without restraint or regard for a socially accepted code of conduct and his literary fortune goes on through the 18th century.

Jane Austen, obviously familiar with the libertine as a stock character inhabiting the worlds of Restoration drama and Gothic literature, adapts the libertine and makes him an anti-hero for the purpose of social satire and moral instruction . A firm believer in poetic justice herself, an Austen libertine may end up rich but miserable like Willoughby in Sense and Sensibility or equally poor and miserable as Wickham in Pride and Prejudice.
But are there real rakes in Jane Austen's major novels? Libertines? There is at least one libertine-style living character in each of them. Beside the already mentioned Willoughby and Wickham, we have John Thorpe and Captain Tilney in Northanger Abbey, Henry Crawford in Mansfield Park, Frank Churchill in Emma and  Mr Elliot in Persuasion. If we compare them with Valmont or Lovelace, they can't compete. 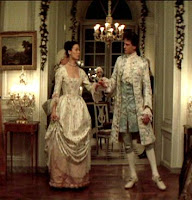 What do they lack? Well, what degree of sexual experience Jane Austen's heroes possess remains open to question, while it  is no mystery if we think of the said 18th century libertines or the Restoration rakes.  Willoughby and Wickham are hardly figures of romance, I mean they are not apparently presented as fascinating , what instead happens for 17th century rakes or 18th century libertines. They are usually winners not losers. Austen's rakes or libertines  are treacherous and  incapable of real love, never  men to fall in love with, to dream about. They may not be as devious as Valmont or Lovelace , but they are equally oblivious to the damage they may do. 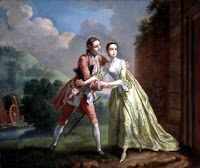 They are losers, villains to despise and forget, who end up alone and unhappy. Not Frank Churchill though, but I mentioned him for his libertine-like behaviour with women. He played a dangerous game, lied,  but no one was really hurt , at least. Maybe Jane Fairfax wouldn't agree with me if she could but ...she gets the handsome rich boy in the end, doesn't she?

Now let's try to see who among Austen characters can be actually defined a rake or a libertine. 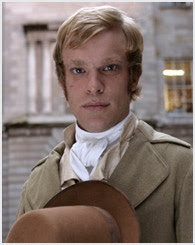 1. John Thorpe is  a minor character acting with feigned sophistication masking his sinister, manipulative, even abusive intentions. John Thorpe's role as the anti-hero is dominant in three key scenes: his introduction, his behavior at the ball, and his mock kidnapping of Catherine. 2. Captain Tilney is also a minor character. He's a seducer. Henry hints at this when he discusses his brother's behaviour with Catherine. From the sounds of it, the scandal with Isabella is not Captain Tilney's first indiscretion. Henry tells Catherine that his brother "is a lively, and perhaps sometimes a thoughtless young man; he has had about a week's acquaintance with your friend, and he has known her engagement almost as long as he has known her"

John Willoughby  is attractive but deceitful , he wins Marianne Dashwood's heart but fascinates her whole family. Only Elinor's sense resists his mesmerizing power. Then,  after openly courting her, Willoughby abandons Marianne suddenly, unexpectedly and with no  explanation .The reader and  poor Marianne will discover that that happened in favour of the wealthy Miss Sophia Grey , who eventually Willoughby marries, and , even worse that he had seduced and abandoned with child a girl who is about Marianne's age.
Jane Austen in the last part of the novel gives Willoughby the possibility to show his grief and some sense of guilt for what he did. He asks Elinor for forgiveness and swears he actually loved her sister.

Mr Wickham's pleasant manners are but a mask disguising his fortune-hunting, immoral, and deceptive ways. He preys on young women with money, and seizes every wealthy connection possible. His lovely manners and easy-going nature, however, fool Elizabeth (and everyone else in town) into believing that he's a good man whom Mr. Darcy has cheated out of wealth and a career. He seduced Mr Darcy's young sister, Georgiana, but fortunately his attempt to elope with her failed. He succeeded with silly Lydia Bennet. He didn't get much out of his enterprise. 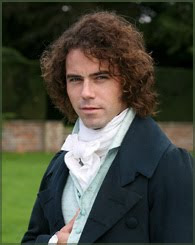 Henry Crawford  is  charming and amoral, and he possesses a sizeable estate. First Maria and Julia fall in love with him, and he takes to Maria, despite her engagement. When Maria marries and the sisters leave Mansfield, he decides he would like to prey on Fanny . To win such a modest , innocent girl stimulates the seducer in him. When he even proposes to Fanny, everyone is convinced he is a changed man. Eventually, he meets up with Maria again, and the two run off, but their relationship ends badly. 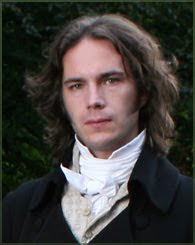 Tom Bertram
The Bertrams' older son and the heir to Mansfield. He lives to party and has gotten into debt, for which Edmund will suffer. Eventually, his lifestyle catches up to him, as he nearly dies from an illness caused by too much drinking.

Mr William Elliot is a smooth talker who everyone agrees is "perfectly what he ought to be." Only six months after the death of his first wife, and at the end of a marriage that was generally known to be unhappy, Mr. Elliot is searching for a new bride. Good- looking and well-mannered, Mr. Elliot talks his way back into the good graces of Sir Walter, yet Anne questions his true motives. He persues Anne but she finally discovers his real intentions as well as his affair with Mrs Clay. 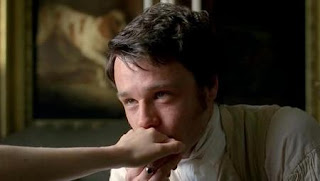 Frank Churchill epitomizes attractiveness in speech, manner, and appearance. He goes out of his way to please everyone, and, while the more perceptive characters question his seriousness, everyone except Knightley is charmed enough to be willing to indulge him. Frank is the character who most resembles Emma, a connection she points out at the novel’s close when she states that “destiny … connect[s] us with two characters so much superior to our own.”  Frank develops over the course of the novel by trading a somewhat vain and superficial perspective on the world for the seriousness brought on by the experience of genuine suffering and love.

Now what happens to me is that I can experience the same attraction as the other characters in the book to  some of these Austensque libertines, I even sympathize with them , while I can't stand or even despise some  others. For instance,  John Willoughby, Frank Churchill  and Harry Crawford are complex characters because though I know I should judge them  harshly in moral terms, I cannot help but like them more than they deserve to be liked. As for Captain Tilney, I think he is  "useful " in the economy of the novel :  he gave awful Isabella Thorpe what she deserved. John Thorpe,  Mr William Elliot  or Mr Wickham are  characters I can't actually like.

Who are the real rakes/libertines  in Austen according to you?
Do you sympathize with any of them?
Posted by Maria Grazia at 11:29

I've always thought Cpt Tilney was the most dangerous of Austen's rakes/libertines--there's a coldness about him that chills me to the core, and he's definitely his father's son.

Willoughby is dastardly, but he does understand what he has lost in Marianne and so that redeems him a bit in my eyes. There is nothing redeemable about Wickham, though, and he definitely gets what he deserves with Lydia chained to him.

I've always had a soft spot for Henry Crawford--again, anyone who can see Fanny's worth and love her cannot be beyond the pale. It's Sir Thomas that leaves me cold in that book. He was so willing to sell off Fanny even when she protested--he demeaned her by discounting her judgement.

Frank Churchill is foolish but not bad; Mr. Elton is weak and arrogant and deserves his Mrs. E.

I always thought it sad that there's no happy end for Willoughby. But for the rest: No, I absoluteley do not like them! :-D
Henry Crawford is the man I dislike most.

You are going to love "Dangerous to Know: Jane Austen's Rakes & Gentlemen Rogues"

HP Laptop Black Screen issue is a very common problem while turning on your HP Laptop or after entering the password in your Laptop. We assure you to provide valuable services within time. Connect with us directly by calling at our toll-free number +1 888-309-0939.