CONFESSIONS OF A JANE AUSTEN ADDICT - MY REVIEW 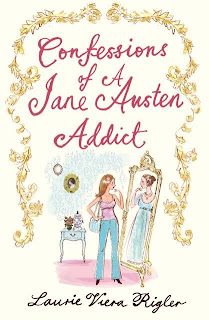 "...That's when I decided to order myself a large clam-and-garlic pizza and to reread Pride and Prejudice. I would self-medicate with fat carbohydrates, and Jane Austen, my number one drug of choice, my constant companion through every breakup, every disappointment, every crisis. Men might come and go, but Jane Austen was always there. In sickness and in health, for riches, for poorer, till death do us part" .
The last couple of months haven't exactly been a picnic: on the brink of ... her marriage with Frank, Courtney discovers his betrayals, falsity and shallowness. Her dreams shattered, her life stuck in a nigtmare, she surprisingly wakes up in the body, house and world of Jane Mansfield, a country young lady living at Jane Austen's time: 1813. "Who could blame my subconscious for concocting such an escapist fantasy to a Jane Austen- like world?" , she thinks. It's just a question of time, she is sure, she has to be patient and sooner or later she'll be back to her life in 21st century Los Angeles. But being a fan of Jane Austen, living Miss Mansfield's life is not so disagreeable to Courtney, despite her wicked new mother, Mrs Mansfield. Courtney's  initial shock and refusal to accept  Jane's body and life turns into a dilightful discovery of new chances, emotions and affections. She foresees the possibility to live a different,  totally different life...
She likes her new best friend, Anne Edgeworth; extravagant Mr Mansfield, the father she has never had; Barnes, her loyal maid servant; even Mrs Mansfield , her new,  rather dyspotic mother not worse than her own mother; and, especially,  she's stirred by Mr Edgeworth, attractive, kind and understanding. But can she trust him? Jane's memories, which come to Courtney's mind from time to time, warn her to be cautious... 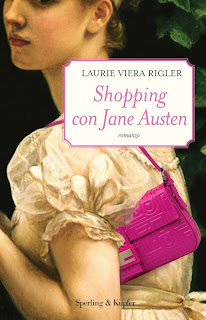 I read CONFESSIONS OF A JANE AUSTEN ADDICT in a couple of days, both in the original version and in the Italian translation (not the whole of it) by Enrica Budetta for Sperling and Kupfer. The Italian version, SHOPPING CON JANE AUSTEN ( I think this  title is totally out of focus but nice)  has a cute, lovely cover and has come to me directly from the author. "May you always awaken in a perfect story" , the dedication signed by Laurie Viera Rigler says. And I must say I did, I awoke in a perfect story this time! I really loved sharing Courtney's experiences  in  the Regency era. CONFESSIONS is a laugh-out-loud romp with a Regency heart but  truly modern comedy devices.
Last summer I read RUDE AWAKENINGS OF A JANE AUSTEN ADDICT, Laurie Viera Rigler's second novel,  in which we know what happens to Jane Mansfield in the 21st century,  in chaotic and super technological Los Angeles ,  in Courtney's body,  after they magically swap their lives! The cultural shock to her is even greater: Courtney was an expert Janeite, while Miss Mansfield has no clue of what is happening around her! To read CONFESSIONS after RUDE AWAKENINGS was not a problem , not confusing at all. They are not a prequel and a sequel,  but 2 parallel narrations of 2 swapped lives. So the order you read them is not important. 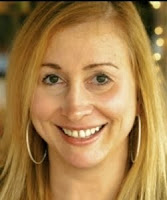 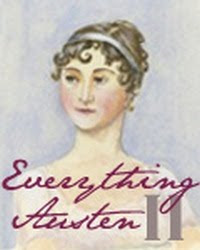 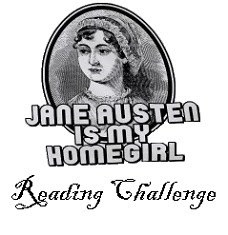 This is my second task for The Everything Austen Challenge II and my first one for Jane Austen is My Homegirl Reading Challenge.
Posted by Maria Grazia at 00:28

Lovely review and great fun books. I hope you get a chance to listen to their audio versions which are superb. The narrator switches between accents so fluidly and in the case of this story; you hear her thinking in American to then to her own surprise hear her talking British!! Absolute fun to listen to!

@iz4blue
Thanks for suggesting the audiobooks. They must be real fun!

I am pretty sure I read this book a couple of summer's ago. I can't remember how it ends, however! I must try and find it so I can reread it!

So glad you enjoyed this one, Maria! You wrote a beautiful review!