1. PRIDE AND PREJUDICE AND ZOMBIES- THE MOVIE 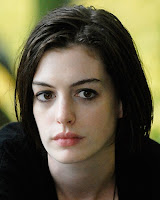 Anne Hathaway might join James McAvoy in PRIDE AND PREJUDICE AND ZOMBIES according to "MovieWeb". Anne would play Elizabeth Bennett and McAvoy would be Mister Darcy :) As you know, the film will be based on the book by Seth Grahame Smith who wrote a new version of Jane Austen's famous classic, pitting Elizabeth Bennet and Mr. Darcy against the living dead in the mix of romance, horror and comedy. 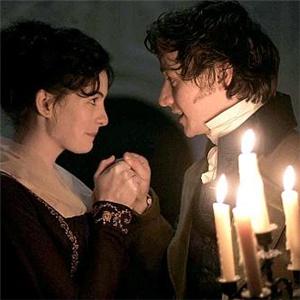 a. THE JANE AUSTEN TWITTER PROJECT
Lynn Shepherd and  Adam Spunberg have planned a brilliant joint writing event on twitter. They’re planning a completely new experiment in creative collaboration, and would love you to get involved. The idea is to work together to write a whole new Jane Austen-style story, with a plot chosen on Twitter, developed on Twitter, and published on Twitter.
They  plan to run a storytelling session one day every week for about three months next year. Each week’s chapter will be posted online and on http://www.austenauthors.com/ on Sunday. You don’t have to be a published writer to join in – you just have to love your Jane!   Read more about the project.

Their  intention is to publish the very best short fiction. The Chair of judges is Michèle Roberts, award-winning author and Emeritus Professor of Creative Writing at the University of East Anglia.
They are looking for short stories of 2,000-2,500 words in length. This year the theme is ‘the heroes and villains in Jane Austen’s novels’. You can draw inspiration from any character or characters, male or female, whom you perceive to be heroic or villainous. Stories can have a historical or a contemporary setting – anything goes as long as it is well written and you state on the entry form how your idea originated.
First prize: £1,000. Two runners up: £200 each. All three finalists will also win a week’s writers’ retreat at Chawton House. Seventeen other shortlisted authors will receive £40 plus publication in the winners’ anthology (the collection of last year’s winners, Dancing with Mr Darcy, has been sold in bookshops across the UK and has recently been published in the USA by Harper Collins).
Entrants can be based anywhere in the world- stories must be submitted in English.
The closing date is the 31st March 2011. For further information click here.

c. THE JANE AUSTEN MADE ME DO IT SHORT STORY CONTEST
In conjunction with the publication of the new anthology Jane Austen Made Me Do It, Ballantine Books, Austenprose.com, and The Republic of Pemberley are pleased to announce an online short story contest. Enter for a chance to win the Grand Prize: publication of your entry in the anthology – a collection of original short stories inspired by the life and works of popular English novelist Jane Austen (1775-1817). Hosted by the Jane Austen web site The Republic of Pemberley, the contest begins on January 1, 2011. Publication of Jane Austen Made Me Do It is tentatively scheduled for publication by Ballantine in Fall 2011. Read more


3. FREE EXCERPT AS A CHRISTMAS GIFT 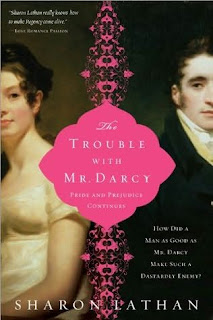 You can read a free excerpt from Sharon Lathan's next release which is part of  her Darcy saga. A nice Christmas gift isn't it? Click read and enjoy!!
4.  THE JANE AUSTEN'S REGENCY WORLD 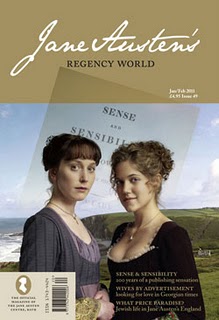 In the January / February  issue (now on sale):

- Sense & Sensibility at 200 Leading writers look at the history, relevance, importance and morality of Jane Austen’s first published novel
- What price Paradise? life as a Jewish person in Regency England
- Wives by Advertisement The risks and rewards of Georgian lonely hearts’ adverts
- Jane Austen and Robert Burns What she really thought about the Scottish poet
- Jane Austen edited by a man One writer’s angry response to recent news reports
- The new curator at Jane Austen’s House Museum reveals what Jane means to her
Plus: All the latest news from the world of Jane Austen, as well as letters, book reviews, quiz, competition and news from JAS and JASNA
Further information and subscriptions 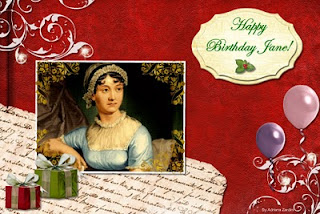 Thanks to all the participants and to the numerous enthusiastic commenters,  Jane Austen's birthday,  last Thursday December 16th , was incredible! I know Jane is one of the most appreciated writers of all time , but I really didn't expect to get about 800 visits to my blog that day and neither 84 comments to my humble tribute post. I was actually stunned at the response. I must  thank you all the Janeite friends and the writers who  accepted  my invitation and I must also  remind you to stay tuned: the names of the giveaway winners will be announced tomorrow night. 15 names for 15 lovely Austenesque gifts!
Here's my post with my tribute to Jane Austen, the list of blogs involved in the event and the gift list.

Thanks for sharing.I found a lot of interesting information here. A really good post, very thankful and hopeful that you will write many more posts like this one.
https://vidmate.onl/
https://anydesk.vip/
https://tubemate.vip/