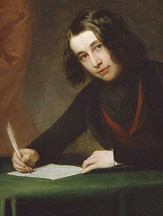 SIX THINGS JANE AUSTEN NEVER DID
How would  Jane Austen and Charles Dickens fare as writers marketing their books in today’s world? This is what Kathleen Baldwin, author of Regency romances, wonders in her  curious brilliant post Six Things Austen and Dickens Never Did: they never tweeted, They did not set up a home office network, They never bought promotional pens, bookmarks, postcards, or other give-away goodies. Read the rest of the delightful blogpost HERE
FROM PRADA TO NADA RELEASED IN THE US
Directed by Angel Gracia; written by Fina Torres, Luis Alfaro and Craig Fernandez, based on “Sense and Sensibility,” by Jane Austen , has been just released in the US. Read this review from The New York Times
JANE AUSTEN INSPIRED BUSINESS WOMAN

While watching an adaptation of Jane Austen's Sense And Sensibility, Kathryn Davis had a sudden brainwave. The key scene was when Mr Willoughby rode at a galloping pace across hill and down dale to the rescue of Miss Dashwood.
As any good horsewoman would note, what excited Kathryn was not the dashing Willoughby but rather his powerful horse traversing miles of uninterrupted bridleway. It was that experience of riding freely across open landscapes that Kathryn wanted to offer riders, not nose-to-tale trekking on weary ponies across road and motorway. Read more.
COLIN FIRTH: FROM LITERARY SEX SYMBOL TO BRITISH ACTING ICON 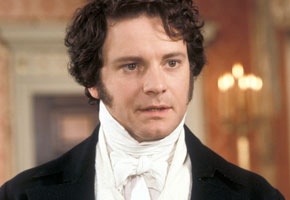 For years, Colin Firth was the reading woman’s sex symbol. When a TV mini-series was made of Jane Austen’s Pride and Prejudice in 1995, and when a movie version was made of Bridget Jones’s Diary, Helen Fielding’s chick lit classic, in 2001, he wowed as the flesh-and-blood embodiment of each book’s respective version of Mr. Darcy. Now, with back-to-back Oscar nominations for Best Actor for demanding roles in two terrific dramas, 2009’s A Single Man and this winter’s The King’s Speech, the British actor has become more popular than ever. (Make of it what you will that at the same time, the star wattage of fellow British male stars such as Hugh Grant and Jude Law, who in Hollywood’s eyes once outshone Firth, has dimmed considerably). Go on reading and watching (there are great clips!)
By the way, I've seen The King's Speech!
I saw it yesterday. My review is on Fly High!
Another interesting article is on The Telegraph.  Philip Sherwell  states that Colin's triumph has fuelled Jane  Austen fever.
Posted by Maria Grazia at 23:03