AN INTERVIEW WITH LILY BERRY

Are you wondering if Lily Berry is a new writer you've missed? Don't worry, you haven't missed anything. In fact Lily is a character, the heroine of a new Austen-inspired novel. She's the protagonist of Cindy Jones 's debut novel, My Jane Austen Summer, due to release on 29th March 2011. I've had the pleasure to get to talk to her and here is the resulting interview.  Please join me in welcoming Lily Berry. 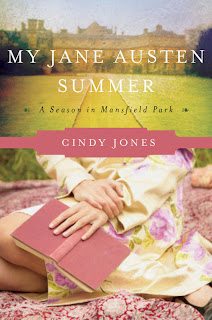 MG: Hi Lily! Welcome on My Jane Austen Book Club.
Lily Berry:   Thank you, it is my pleasure to be here with you today.
MG:  What is it like to be the protagonist in a debut novel?
Lily:  To tell you the truth—scary.  Being a protagonist is hard work and there were plenty of times I just wanted to chuck it all and be a secondary character and just elope with the bad guy or provide comic relief, for instance.  But as the protagonist, everything depends on how well I connect with readers.
MG:  Is connecting with readers difficult?
Lily:  We’ll find out.  Cindy and I worked together to create my voice which is strong yet vulnerable.  I’m naïve, yet eager to learn.  In other words, I’m easy to love.  So far, Cindy’s agent, editor, and mother all love me.
MG:  Speaking of love, is My Jane Austen Summer a love story?
Lily:  (sighing)  Yes, but not what you’d expect.  I don’t want to spoil it by offering details.  And Cindy obviously has an agenda—like any writer.  Part of my job is to make sure that Cindy’s points are made clearly.
MG:  What is Cindy’s agenda?
Lily:  (chuckles).  She’d like to bring Jane Austen back to life.  She believes the relationship contemporary women have with Jane Austen is a good thing—Jane has so much to teach us about human nature even 200 years after her death.
MG:  What is it like working for a debut author?
Lily:  I have to admit there were some difficult times.  Like when Cindy got ruthless with revisions.  She cut the middle section of the book twice.  Each time, we had to say goodbye to characters and scenes we loved.  Cutting 150 pages of a book is like you losing an arm or a leg.
MG:  You have some big shoes to fill as an Austen-inspired protagonist.
Lily:  I’m aware of that, and I have the greatest respect for the many Austen protagonists as well as the Austen-inspired protagonists who’ve protagonized before me.  They tell their stories again and again, each time a reader opens their book:  Lizzy Bennet, Bridget Jones, and the entire Jane Austen Book Club, for example.
MG:  Your release date isn’t until March 29 so you have some time to kill.  What are your plans?
Lily:  I’m so ready to start connecting with readers, I can’t tell you.  Until then, I love doing interviews and I’m available—just ask me questions—I’ll answer.  Other than that, some of the characters from My Jane Austen Summer were thinking about working as extras in one of the Stieg Larsson books, taking some time to chill in Sweden before things get crazy.
MG:  Lily Berry, thanks for joining us today and best of luck with My Jane Austen Summer.
Lily:  I’ve enjoyed being here and I look forward to seeing you “on the inside”.
MG: I can't wait to see you "on the inside" too! 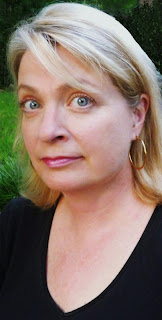 Cindy  Jones was born in Ohio and grew up in small mid-western towns, reading for escape. She  dreamed of living in a novel and wrote her first book in fifth grade.  After a business career, husband, and the birth of four sons, she  wrote My Jane Austen Summer: A Season in Mansfield Park, winner of the Writer’s League of Texas Manuscript Contest.  She has a BA from Mary Washington College, an MBA from the University of Houston, studied creative writing in the SMU CAPE program, and belongs to the The Squaw Valley Community of Writers.  She lives with her family in Dallas where she has discovered that, through writing, it is entirely possible to live in a novel for a good part of each day.
MY JANE AUSTEN SUMMER
William Morrow/Harper Collins
Release: March 29, 2011

Email ThisBlogThis!Share to TwitterShare to FacebookShare to Pinterest
Labels: Austen - based fiction, Interviews and Guest Posts

Hi Meredith and Suze!
Thanks for reading! Lily is ready for her pub date...
Best,
Cindy Jones

Hihi - great interview! I am looking forward for the book!! :") Thank you for sharing!

"Bring Jane Austen back to life", as you say, is exactly what we Janeites try to do every single day so... well said!!!

Hi Irene, Thank you for your enthusiasm for my book! I hope you like it!

Hi Claudia, Bringing Jane Austen back to life is a tough job but somebody's got to do it!