Join me and  welcome Cora Harrison on My Jane Austen Book Club. Since I'm really interested in discussing methods, techniques and materials to motivate young people to read the classics, I've invited Cora Harrison to our weekly chat in order to discuss the two Austen - inspired novels she wrote for young readers. Cora  worked as a headteacher before she decided to write her first novel. She has since published twenty-six children's novels, among which “I was Jane Austen’s  Best  Friend” and the latest “Jane Austen Stole My Boyfriend” both published by Macmillan .  My Lady Judge was her first book in a Celtic historical crime series for adults that introduces Mara, Brehon of the Burren. Cora lives on a farm near the Burren in the west of .
First of all, thanks for being so kind to take the time to answer my questions, Cora. Being myself a teacher , my first question is “How much did your years  as a headteacher helped  you write your children’s books”?


I’m a firm believer in the theory that though frocks may change, character remains. Deep down, though conventions, way of life and costume may have been different in the late eighteenth century, the kids remain the same. I’m quite sure that teenage girls back then giggled and discussed boyfriends in very much as they do in the twenty-first century. My years in schools have, I hope given me an idea of how these friendships evolve and become a most important facet of life for girls of that age.
The books I want to focus on in our “Talking Jane Austen with …” session of today  are your historical novels inspired to Jane Austen’s world and life. How difficult was to imagine her young age? Did you inspire to any of her young heroines?


No, I didn’t find it at all difficult. I read every one of her ‘Juvenilia’ pieces at least three times and very much concentrated on the ones that were written when she was aged between thirteen and fifteen. I got such a strong impression of her character from these – of her wild, anarchic humour, of her wit, of her intolerance of hypocrisy and of her talent for mimicking those whom she felt were showing-off. I don’t think that I was inspired by any of her heroines – these are all older than Jane is in ‘I Was Jane Austen’s Best Friend’. Even Catherine in ‘Northanger Abbey’ is two years older and she is a very different type of girl to Jane. 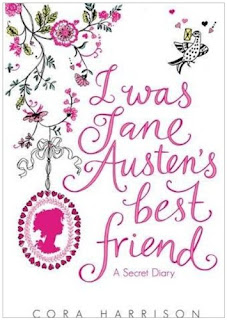 In “I  was Jane Austen’s  Best Friend” you created Jenny, Jane’s cousin and best friend. Then in your latest novel , “Jane Austen stole my Boyfriend” you  go on telling their story. How important is this close teenage friendship in the dynamics of the plots of the two stories?


It’s interesting that you should ask that question because recently I read a couple of reviews which, though on the whole very complimentary, criticized me for having Jenny as the best friend when ‘everyone knows’ that Jane’s best friend was her sister Cassandra. Personally, I think that is nonsense – no teenager that I know takes her elder sister for a best friend. The trouble is that everything we know about Jane Austen comes from the letters that she and her sister wrote to each other when they were both spinster ladies in their twenties and in their thirties. No letters survive that can give us an idea of what Jane Austen was like when she was fifteen so for that I have to read her own writings and use my own knowledge of girls of that age. My feeling is that this close friendship is of huge importance. It’s interesting that Jane’s nephew, writing when he himself was an old man, still remembered Jane’s anguish when she heard of the early death of her cousin and friend. Jane Cooper (my Jenny), after only a few years of marriage to Captain Thomas Williams (by then Sir Thomas Williams), was thrown from a gig near their home in the and killed instantly. 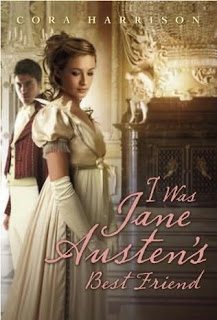 
It perhaps sounds a strange thing to say, but I think they (girls in particular) had far less responsibility – they may have been more carefree. You see the girls in the late eighteenth century had everything decided for them. They went to dances and balls at each others’ houses, or at carefully chosen Assembly Rooms. They were always chaperoned. If a young man had a bad reputation their relatives would undoubtedly know about it. They didn’t have any worry about examinations or careers (again I am just speaking of girls) but otherwise I’d say that they were preoccupied about the same matters.
What about love instead? We know many things have changed and youth now have a very free  approach to relationships with the other sex. What about your Jenny and Jane?


It seems unbelievable now, but it would have been considered rather fast even to be alone with a man, to allow him to kiss you before he had asked you to marry him. Again, they did not have the responsibility of deciding whether to have sex with a boy before marriage – on the whole, that would have been unthinkable. One wonders whether all those marriages worked out well in the end… 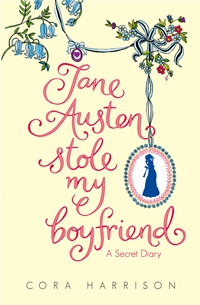 I’ve read the diary of Eliza, the girl who married William Chute from the Vyne (about Jane’s age). She writes about him three times in her diary:  ‘ April 30 Mr Chute to dinner’; ‘May 16 Mr Chute to dinner.; ‘June 10 Mr Chute to dinner.  Sofa conversation’; ‘June 12 ‘Mr Chute in the morn. Mr Chute to dinner. ANSWER’. Obviously he proposed on that day and she accepted a couple of days later when she wrote in her diary: ‘FINAL DECISION’. He would, of course, have been a very good match. But did she love him? Did she find him attractive? Why didn’t she write more? I can only think that Eliza guessed that her mother would read her diary!
What can Jane Austen teach to our 21st century kids?


The art of conversation! How witty her heroines are – what fun they get out of life. And perhaps to be a bit more original in their clothes – not to wear the latest fashion but to think about what suits them – perhaps even get into sewing. It must be such fun to design and make a dress or even a tunic.
As a teacher to a teacher, how can we make reading Jane Austen (or any other classic author) more appealing to teenagers? Any tip?


I think that for teenagers Jane Austen is best taken in small chunks. People nowadays are used to rushing through books, to having a cliff hanger at the end of each chapter, or even each page – page-turners are what sell so that is what authors are told to write. Therefore, I would just take one small scene and discuss it – I think I would start with Emma. Some of the scenes there are so funny and there is so much to discuss in her endeavours to find a suitable match for Harriet.
What was your personal first encounter with Austen’s work like? And when was it?


I read ‘Pride & Prejudice’ when I was twelve and I think twelve was probably too young to completely appreciate her wit and her wonderful turn of phrase. I did love it, though, and I remember designing ball gowns and cutting them out and fitting them on to various little drawn figures with nice hairdos. I was a bit ashamed of this and kept it a dark secret. I wasn’t very good at drawing so they never satisfied me. I preferred making up stories!
How do you explain the great appeal anything Austen – related has to so many contemporary readers?


Don’t you think that this goes back to our discussion about the differences between teenagers now and teenagers of two hundred years ago? People don’t change in their essential nature. What Jane Austen did superbly was to write about people as they were. She didn’t copy the latest fad, she didn’t write in the stilted unreal way that other writers of her time adopted; she described, wittily and accurately the characters that she met every day of her life and they still live! Who hasn’t met a snob like Mrs Elton? Or a bore like Mr Collins? Or a perpetual moaner like Mrs Bennet?
Are you going on with your Jane Austen inspired series for young readers?


I have so much material and so many ideas! Yes, I would love to! 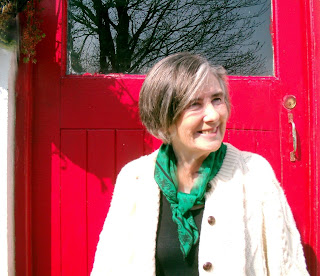 More about Cora Harrison and her work on her official site

MacMillan Publisher UK has granted two of you readers of My Jane Austen Book Club the chance to win free copies of Cora Harrison's Austen books. They are perfect gifts for young Janeites or young "future Janeites", nieces or granddaughters will love them! Leave your comment and your e-mail address. This contest is open worldwide and ends on June 15th
Posted by Maria Grazia at 17:29

What a wonderful interview. Thanks!

I agree - Cora's books are a great way of introducing teenagers to Jane Austen and showing them how relevant she is today.

Thank you for the interview! I didn't know there was a Jane Austen inspired series for young readers. I'll have to check it out! :)

I really enjoyed your interview. I love the idea of Jane Austen inspired fiction for young readers.I would love to read these books. marcie.turner(at)yahoo(dot)com

Great interview. WOuld love to have these for my daughters.

I love Austen variations! Would love a chance to add these to my collection,

Yes I agree totally with the authors take on teenagers over the ages. Basically they would have remained very much the same except for tht pursuits they followed.

Don't know if I would have liked to have been a girl in that era though. We have become too used to our freedom.

I'd love to read her books. These two variations sound really interested, and I like to discover new variations. Thanks for the giveaway!

what an ingenious way to introduce young readers to JaneAusten!!!! i'm even interested in these books!!!

thank you for the giveaways!!!!

I think that Jane Austen can be so close to young people and their souls!!! So very well done. And even I am not so young I would really love to read these books. So here I am: maribea@tiscali.it

What a wonderful interview. Thanks!
I'd love to have the chance to read your book!

I've had my eye on both of these!
I am in the United States.

These books would be wonderful gifts, thank you for the chance! I love the book covers, they're so gorgeous :) Please enter me the giveaway.

I totally agree with Cora that people are the same no matter whether they are dressed in different clothing than ours and live in a different era.

I love the beautiful and cute covers and would love to read both books if there is a chance. Thanks a lot for the great interview.

These look good and I love the covers! Thanks for the giveaway!

Can't wait to read them