THE PERFECT HERO by VICTORIA CONNELLY - REVIEW AND GIVEAWAY

GIVEAWAY
There's an international giveaway linked to this post granted by HarperCollins. Read my review of Victoria Connelly's second novel in the Austen Addicts Trilogy, The Perfect Hero. Leave your comment saying who your perfect hero is from fiction or real life, don't forget to add your e-mail address, and you'll have the chance to win a copy of this romantic and amusing Austenesque read. The giveaway ends on June 14th when the name of the winner will be announced.
P.S. Many readers have been experiencing troubles logging in and trying to comment on blogger blogs. If you can't comment, send an e-mail message to learnonline.mgs@gmail.com saying you want to be entered in this  giveaway contest. 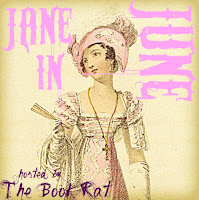 Review and giveaway are part of the
JANE IN JUNE II event hosted at Book Rat by Misty.
MY REVIEW

“Maybe Jane Austen’s fans are destined to be disappointed by love because nothing could ever live up to the happy endings created in fiction”. 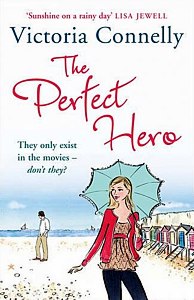 This is what Adam Craig, one of the main characters in Victoria Connelly’s latest novel, thinks. The same can be said of the perfect hero: who might live up to Mr Darcy’s charm or Captain Wentworth’s passionate loyalty? Maybe... your favourite actor? Someone you admire and dream about? Imagine that  he, a real dream-come-true, arrives where you have just opened a B&B and is one of your first guests with the director and a bunch of colleagues.  Imagine also that he starts flirting with you disguised as Captain Wentworth since the cast you host  is shooting Persuasion. Add to these facts that this dream man is the most handsome you’ve ever laid eyes on, with his blond hair and blue eyes. Wouldn’t you think the perfect hero has landed into your real life? I’m sure that, like Kay Ashton,  you would.
Let’s cool our enthusiasm and give this story some order.
Die-hard romantic  Kay Ashton uses her inheritance to open a B&B in the seaside town of Lyme Regis in Dorset and is dumbstruck when the cast and crew of a new production of Persuasion descend, needing a place to stay. Kay can’t believe her luck – especially when she realises that heart-throb actor Oli Wade Owen will be sleeping under her very own roof!
Meanwhile, co-star Gemma Reilly is worried that her acting isn’t up to scratch, despite landing a plum role. She finds a sympathetic ear in shy producer, Adam Craig, who is baffled by the film world as she is. Kay thinks the two, Gemma and Adam, are meant for each other and can’t resist to try herself at matchmaking like Austen’s  Miss Woodhouse.
Then when Oli turns his trademark charm on Kay, it seems that she has found her real-life hero. But do heroes really exist?  Or do they only exist in movies and books? 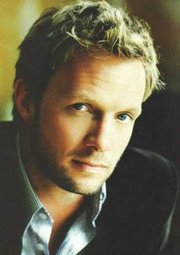 Kay is a lovely heroine who reminds partly Emma,  in her funny attempts at matchmaking,  as well as Marianne,  in her romantic, passionate, naive vision of love. Oli Wade Owen in Wentworth’s uniform has the aspect of Rupert Penry Jones (on the left) and  the impertinence of  George Wickham.
Gemma Reilly  recalls Anne Elliot in her initial little self-confidence overcome little by little in her journey through the book.
Adam Craig ... well, Adam -  not to give away too much -  is ...  my favourite character together with his hilarious grandmother, Nana Craig. She is funny, colourful and terribly nosy.  She has hated actors since she was left by her husband,  in search for fame in the movies,  for a  beautiful actress.  She has brought Adam up and their relationship is definitely unique.
Could I not like a romance set in Lyme Regis, with a glamorous cast shooting Persuasion involved, written with  a light touch and witty prose, featuring  gorgeous heroes and beautiful sensitive heroines? There’s too much of what I like best  not to recommend it to all of you, Janeites like me,  or fond of romances in general.
Posted by Maria Grazia at 12:48

Hi! Would it be very presumptuous of me to say that my favourite fictional character is the one I'm now writing an Austen-esque Regency-set novel about?

My hero would be Darcy always.

I'm not original at all but my hero would be Darcy too.

As I wrote in the introduction, blogger is giving troubles to several readers when they try to leave their comments. So I've decided I'll post the ones I get via mail with my profile.

I'd like to join the giveaway of the "perfect hero" by Victoria Connelly but I had some problem in leaving my comment.
Anyway my comment is:

"It seems a very funny novel!
My perfect hero? What a question! Mr Darcy! But I'd accept Jane Eyre's Mr Rochester too! ;)"

My perfect hero is Mr. Darcy or Captain Wentworth. Can I have two? I love them both. marcie(dot)turner(at)yahoo(dot)com

Loved Weekend with Mr. Darcy! Can't wait to get this book.

How difficult to choose just one hero!!! Well there are many fictional heros and among them Mr Darcy and Mr Rochester have an important role. But I'm also in love with a fictional character I created whose name is Maksym. He is so sweet that he can't be real. But in the end...we love dreaming don't we?
There is also another character I like very much and it is Morgan in Criminal Minds. I would love to be saved by him ah ah!!!What do you think about him? Isn't he gorgeous?
In real life: I have an heroine...she is my mother. Sure about that.
Of course I would love to read this book and to receive an autographed copy.
So here I am
maribea@tiscali.it.
Love chatting with you and reading your blog, Maria Grazia. Such a relaxing place after a long day at work.

Here's another comment I got via e-mail due to said troubles to log in and comment (please, blogger experts, couldn't you do anything to fix this!?!):
Margay says " Hmmm, the perfect hero. I guess he'd one who's made stronger because of his flaws, not weaker, one who knows his own strength - and how to control it - and is loyal to and protective of the ones he loves"

Oh man...my perfect hero...okay, this is really hard, picking JUST ONE, but I'm gonna go with...The Beast from 'Beauty and the Beast' -- yeah, he's rough and "scary" at the beginning, but he strives to become worthy of Belle's love, and is self-sacrificing in the Love he has for her. That's a large part of what makes the perfect hero: Love.

I should admit Ive been waiting this review since I saw the book on your readings. You must never judge a book by her cover but this one is lovely and very read-inviting and it remains me to Katie Fforde bookcovers.
Now I know Id buy sooner or later. Sooner I hope.
Just in case the giveaway is not restricted:
My fav hero would be Wentworth if you only one.
yolauraya@hotmail.com

My Perfect Hero...My Husband. He's better than Darcy, loves me more than Captain Wentworth does Anne, funnier than Henry Tilney and he's all mine!!

I so enjoyed 'A Weekend with Mr. Darcy,' and would love to have a chance to read this new story in the series! Victoria Connelly has a winning combination.

Thanks for the contest.
oreannie AT yahoo DOT com

Another one from my e-mail box:

My hero is Captain Wentworth :)

My hero is Captain Wentworth too... I love the way he accept his errors and go for a second chance at love...

Tough question... I don't have only one hero: I've changed him according to the times of my life. Among the Austen heroes, I would die for Capt. Wenthwort, but I've had a Rochester period, a Vronskij period, a Maxim De Winter period, and so on :) My latest hero is Walter Hartright from The Woman In White, but every book is a chanche to meet a new one!

I'm going to go against popular opinion here and say Henry Tilney. He is so funny and adorable and sees past Catherine Morland's goofy girlishness.

Perhaps not really heroic but rather perfect!

Although it may be J.J. Feild's version of Mr. Tilney that is so appealing!

I'm on Team Darcy!! If I could go back in time to a fictional place and time period (lol) I would totally pick any place he is!!
jwitt33 at live dot com

Mine is Captain Wentworth. Although he seemed to snub Anne after eight years of heartbreak, deep inside he truly loves and cares for her. And the love letter, that sealed the deal for me and trump him over Darcy.

Of course I believe real life men doesn't match our ideal hero because I have never met one yet.

Thanks for the review, Maria. Now I must put A Weekend with Mr Darcy and The Perfect Hero in my list of books to be read.

I'm cutting close but I only just discovered this giveaway so hopefully I can still get in.

I'd have to say Colonel Brandon. I think he's a much overlooked hero.
schafsue at gmail dot com

The Perfect Hero is a light read that is ideal for a holiday or a relaxing afternoon. If you are a fan of Austen novels, if you love chick-lit or even if you are looking for a fun read, then try this one!

I loved Betty Neels and since her death have been searching for someone who writes with the same warmth. I had to make myself put it down to stretch it out.Love the characters .Will be reading anything that she writes on kindle.