TALKING JANE AUSTEN WITH ... CAROLYN EBERHART - DARCY NOT ONLY FOR CHRISTMAS!

Carolyn Eberhart wrote one of the novellas (Mr Darcy's Christmas Carol)  in the successful collection which was out as the perfect gift for Janeites just in time for Christmas 2010: A Darcy Christmas. The other two authors in the collection were Amanda Grange and Sharon Lathan.
She's accepted to answer some questions for another interesting "Talking Jane Austen with ...." session.  Read and enjoy. And if you have any contributions or comments to add, they'll be welcome!


My first question is very personal. What do you like best in Jane Austen's world? Her life, her writing style, her works, her heroes and heroines, or the appeal of the Regency?
I have to start with the appeal of the Regency.  I came to Jane Austen late in my romance reading life, but I was hooked on the Regency period almost from the start.  At 13, I began reading Georgette Heyer, Sylvia Thorp, Joan Smith, and a host of other Regency Writers.  I think my first referral to Jane Austen was in a Regency Romance.
Secondly, I admire her writing. She can say so much in an off-hand remark.  She creates incredible characters that are recognizable in people even today.

How would you defend Jane Austen from the old and recent wrong accuses of being sentimental?
Read her books and all published material.  Anyone reading the Juvenilia, A History of England or her letters would never accuse of her of being sentimental.   Plus take a close look at her characters, they are very human, they do the right thing and the wrong thing.  Emma's cutting remarks to Miss Bates is a prime example of a heroine behaving badly.


How did you come to write an Austen inspired novella?
Mr. Darcy's Christmas Carol was inspired by the Dickens novel.  I was watching one of the many adaptations during the Christmas Season. During the trip to Christmas Past, which was set in the Regency, I realized that Darcy and Young Scrooge (the Fezziwig Years) were approximately the same age or maybe, literary contemporaries.  That got me speculating on what it would take for Darcy to be visited by the Christmas Spirits. 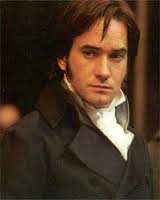 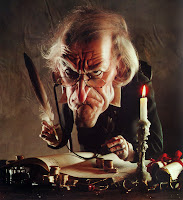 Is Mr Darcy your favourite Austen hero? Why? Why not?
Yes, Mr. Darcy is my favorite.  Why, because when reading the book I picture and hear Colin Firth.  I am only slightly joking here - it was the miniseries that had me reading Pride & Prejudice, and it was to understand when I had the actor's voices in my head - it help get the Jane Austen rhythm.

He is considered the icon of the perfect gentleman. Is being a gentleman still a value today and what makes a gentleman nowadays?

Yes, it think being a gentleman is still valued - though it may not seem so.  I think a gentleman today is someone who is honest, does the right thing, tries to do some good in the world.
Who is instead your number one among Austen heroines?
Elizabeth Bennet
Can we still learn from Jane Austen's  heroines or from herself? What can their main useful teaching be in our hectic contemporary society?
Each heroine has a uniqueness - Elizabeth with her strong will, Fanny standing up for her beliefs, Emma has the confidence of a person with a comfortable life, Marianne with her romantic ideals and Eleanor with her stoic rationale, Catherine who is naïve but not stupid.  Each has something that they need to learn before they can grow into better people.  Today, we have far different situation in which our principles are questions, JA reminds us that moral decisions are not easy, but must be made.
Is there  a minor or major Austen character you would like to write a spin off story for?
Mary Bennet often gets ignored.  She is a character in need of growth to learn that there is a world outside of "accomplishments".

What about the many film versions and TV series inspired to Jane Austen's novels? Do you think they lead more people to read her novels or do they more distract them from doing it? Have you got a favourite one?
Favorite, 1995 BBC Miniseries of Pride & Prejudice.  From personal experience, I know they bring new readers into Jane's stories. 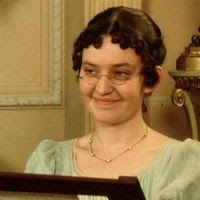 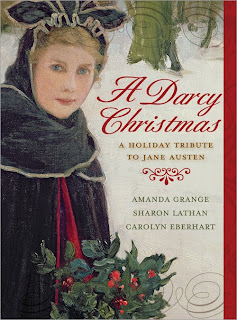 A review - Carolyn Eberhart's Mr. Darcy's Christmas Carol, a retelling of Charles Dickens's classic story. While deliberating whether he should marry the unsuitable Elizabeth, Darcy receives Christmas Eve visitations from three ghosts. Their dire revelations predict the terrifying depths to which his life will plunge if he turns his back on her love. And not just his life, but the lives of all those around him as well. Especially frightening is the Ghost of Christmas Future's prophecy. A powerful and chilling cautionary tale for the Christmas season. (from Historical Hilarity!)

Email ThisBlogThis!Share to TwitterShare to FacebookShare to Pinterest
Labels: Interviews and Guest Posts