I've been working on Jane Austen's novels with my students these days and you can only imagine what bliss that can be for me. Northanger Abbey, Pride and Prejudice and Persuasion are the novels we've been reading extracts from and working on. Now in one of the two class groups, they are going to read Emma - the whole novel - with their Italian teacher and, of course, we will discuss it in English together in my lessons after they finish. (You can find some of the materials and videos we used at my other blog LEARN ON LINE:
1. My Students give their lessons: Persuasion by Jane Austen, 2.  Pride and Prejudice Part I  3. Pride and Prejudice Part II 4. Born to Be a Heroine: Watching Jane Austen's Northanger Abbey )
We discussed several issues like marriage, propriety and decorum, money and power, education of men and women in the Regency   but we also learnt something about irony and characterization in fiction.
This is what I wanted to share here tonight, something about characterization:  flat characters and round characters.
The difference was stated by the novelist E. M. Forster (I love all his novels!)  in his work Aspects of the Novel (1927) 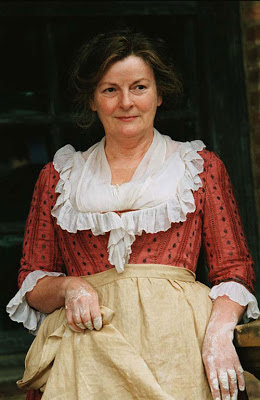 Flat characters, which can also be called "types" or " caricatures",  are built around a single psychological trait or quality.
They are easy to recognize and do not develop throughout the story, even if they experience different relationships and situations. However, this does not mean they are always artistically inferior to round characters. As a matter of fact, the author can use them to create a particular atmosphere inside a complex narrative frame. Flat characters can be easily presented in a few sentences as in the case of Mrs Bennet in Pride and Prejudice:

She was a woman of mean understanding, little information, and uncertain temper. When she was discontented she fancied herself nervous. The business of her life was to get her daughters married; its solace was visiting and news.


There is Mrs Bennet. Whatever she does and wherever she goes, she remains the same. Flat characters are best when they are comic. Just think of Miss Bates, Mr Woodhouse or Mr Collins. They may become boring when they perform tragically.

Round characters are more complex and have more than one facet, like human beings: 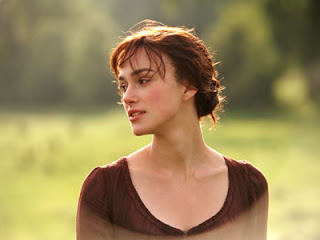 An effective example of round character is provided by the figure of Elizabeth in Pride and Prejudice . When in chapter XXXVI she realises she has been prejudiced and partial towards Mr Darcy, she says:

"Till this moment, I never knew myself"

Lizzy is not the same girl the reader met in the first chapters of the novel, she's a new woman, whose choices and behaviours have affected the lives of the people around her, a heroine who has evolved and become aware of her real feeling.

Who are your favourite flat or round characters in Jane Austen's world?

I find that I really enjoy writing about Austen's sketchiest characters, esp. Anne de Bourgh and Georgiana Darcy. There's so much you can do with them. Lately, I've tried to calm Mrs. Bennet down and make her more sympathetic. She was in a tough situation. If her daughters didn't marry well, it would affect everyone, most especially her in her old age. Lucky you to be teaching Austen!

Only for a while longer, Mary. We have to move on and read from Sir Walter Scott's Ivanhoe and then some of the Romantic poets.
Thanks for your comment.

Really interesting. I enjoyed reading your method of teaching which is excellent.
Thank you for sharing it with us, Maria Grazia.

You're welcome, Aurora!
Thanks for reading :-)