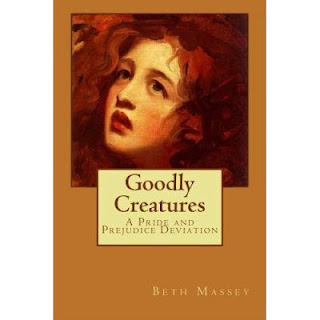 A life altering event inextricably links a fifteen-year-old Elizabeth Bennet to Fitzwilliam Darcy while simultaneously creating an almost insurmountable divide. This Pride and Prejudice deviation takes the reader on a journey through a labyrinth filled with misunderstandings, bias, guilt and fear--not to mention, laughter, animal magnetism and waltzing. As Elizabeth says, 'she shed enough tears to float one of Lord Nelson's frigates' but as she also observes 'unhappiness does, indeed, have comic aspects one should never underestimate.' Though the path for our protagonists is much more ardurous than canon the benefit remains the same, a very happy Janeite ending for these two soul-mates. Along the way there is retribution, redemption and reward for other characters--including a few that recall players in Ms Austen's 'Sense and Sensibility.' While reading her first published novel, I came across grievances so unjust that they called out to this long-time struggler for women's rights. With this novel, I became determined to give them some vindication. A sampling of comments left for this story at an online Jane Austen fan fiction site: Thank you for bringing this amazing, complex, heart-wrenching, story to a beautiful conclusion.

Before revealing the names of the 4 winners I want to thank Beth Massey for being such a kind and generous  guest as well as all the commenters who entered the giveaway contest.

Four of them have been lucky enough to be picked up by random.org and they have won the copies of Goodly Creatures as follows:

Congratulations to all of them and ... till very soon! MG

Yay, I won the book! Thanks for the giveaway!

Yippie!!! Now this will be an awesome addition to my collection... :) thank you very much...
Sending u my details...