Thank so much for inviting me to visit, Maria Grazia! I’m excited to share my newest books with your readers!

Who hasn’t said Jane Austen books could really used a lot more dragons? Ok, maybe you need to be the mother of sons in order to heard that. So, I suppose you can blame my three sons for this adventure. We were having lunch at the local pizza buffet one day and started kicking around ideas and we hit on ‘what if dragons lived during the Regency…’ Well before I knew it, we’d hammered out an entire dragon culture and the story potentials went WILD. So much fun!


So, here’s the premise:

England is overrun by dragons of all shapes and sizes. Most people are blissfully unaware of them and the Pendragon Treaty that keeps the peace between human and dragon kind.  Only those born with preternatural hearing are able to hear and converse with dragonkind. In the first arc of the series, we met the cast of Pride and Prejudice, Elizabeth Bennet and Fitzwilliam Darcy, and followed them on their dragon adventure.

The Dragons of Kellynch and Kellynch: Dragon Persuasion  pick up the story of Anne Elliot and Captain Frederick Wentworth, who like Elizabeth and Darcy, are of the rare breed of people who can hear dragons.

Here’s a peek at one of my favorite scenes from The Dragons of Kellynch.

Choppy waves slapped at the hull, dancing in the light of the full moon. Beneath his feet the Laconia bobbed and swayed as it always did, steady and reliable. Streaky grey clouds drifted past the stars, never obscuring, just dancing flirtatiously among them. Chill and briny, a light breeze nipped his ears and nose. Winter would be along soon, with its cold and storms. Definitely not his favorite season, and it probably would not be Laconia’s either. Being cold-blooded had its limitations.

The cat-like tatzelwurm might need a nest near the galley where he could keep warm. Cook would not mind. Not only did he like cats, as it were, but he was convinced that Laconia was the best mouser he had ever seen, and lucky to boot. Chances were good he would see hosting Laconia as a privilege, and if he did not, Laconia would persuade him he did.

Wentworth ran his tongue along the roof of his mouth. He still tasted Mrs. Harville’s perfume, even though hours had passed since he had last seen her. Did she really have to use so much of it? Gah! Flowers, which a man should definitely not be eating, and other things he could not name. Perhaps he should speak to her about it, but no, one probably did not have that sort of conversation with a woman to whom he was not related.

She, her sister, and her cousin had been so excited to board this morning, so ready for their journey to Plymouth to join Harville there. Unfortunately, it was utterly impossible to make shipboard conditions suitable to a party of ladies. Still, the Harville ladies put forth a great effort to disguise their disappointment upon discovering how few comforts would be available whilst they traveled. That certainly won them favor among the crew.

Mercifully, their discomfort would be of short duration.
The efforts were worth it, though. He would assist any brother officer that he could with whatever he could. Moreover, he would bring anything of Harville's from the world's end, if asked. But that did not mean he did not feel it an evil.

At least there were several sea dragon pods in these waters and tantalizing hints of other, larger dragons they had not yet met. That should not thrill him as much as it did.
“Mrrooow.” Laconia jumped up on the railing and approached, moonlight glinting off his shiny black fur and scales. How did one describe a gait that involved two nimble feet mincing across a rail and one muscular tail wrapped around it? Odd. That was the only word that came to mind. No, not just odd, but effective.
“You have left the ladies’ company?” Wentworth reached out to offer a scratch.
“They have retired for the night.”
“You do not sound as though you enjoy their doting and attention.”
“Pffft.” Laconia snorted and sneezed as he moved into Wentworth’s reach.
“You do not like their perfume, either?” He did smell rather like Mrs. Harville now.
Laconia tightened his tail on the rail and shook, starting at his nose and rippling down all the way down his furred front half. “I dread what it will take to rid myself of the stench. I can hardly smell anything else.”
Wentworth chuckled and scratched behind Laconia’s ears as the little tatzelwurm leaned into his chest. How easy Laconia made it to forget he had ever been lonely. Even so, it was difficult not to wonder—
“You are thinking again. It is never a good thing when you begin thinking.” Laconia pulled back a little and looked him in the eyes.
Wentworth dodged his gaze. “It is nothing worth bothering about. There are far more interesting things to discuss. Tell me of your conversation with that pod of little serpent-whales we saw this morning.”

Is it a little off the beaten path for Austenesque fiction? Absolutely! But what better time to try out something entirely new and different than a year like 2020?

RandomBitsofFascinaion.com.  The Dragons of Kellynch and Kellynch: Dragon Persuasion 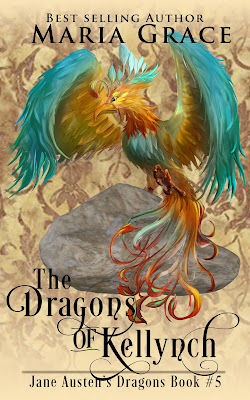 In order to secure her future, a young lady must marry well.
One would think Anne Elliot, a baronet’s daughter, would find the marriage mart far easier to navigate than a more ordinary woman. One would be wrong.
After refusing a poor, but otherwise perfect sailor, on the advice of her friend Lady Russell, Anne finds an unhappy choice before her: marry deathly dull Charles Musgrove or hope against hope that another suitable proposal might come her way before she becomes a spinster on the shelf.
Anne’s disgracefully independent choice to refuse Charles’ offer turns her world entirely arsey-varsey and not in the expected  turned upside down sort of way. She begins to see things … hear things … things like dragons.
And once one sees dragons, one talks to them. And when one talks to them, nothing is ever the same again.
Must a young lady marry well if she hears dragons?

Check The Dragons of Kellynch on Kindle 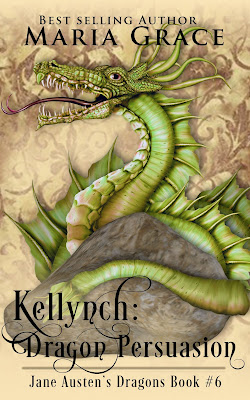 Keeping a hibernating dragon should have been a simple thing.

Should have been, but it was not. Apparently, nothing involving dragons was ever simple, at least not for Anne Elliot, junior Keeper to dragon Kellynch.

With the estate in debt, Anne’s father in denial, and the dragon’s treasure missing, Kellynch’s awakening was shaping up to be nothing short of catastrophe. Not to mention there was the pesky matter of her own broken heart and resentment against the old friend who had caused it.

Captain Frederick Wentworth had spent his life making something of himself in the Navy. With the  war that kept him employed at an end and a small fortune in prize money, he found himself beached and at loose ends. What was he to do with himself now—take a wife like Laconia, his dragon Friend, insisted? Not when none compared to the woman who had broken his heart.

Working as an agent of the Blue Order, managing dragon matters across England, seemed a much better alternative. At least until investigating one such matter sent him directly in the path of Anne Elliot, the woman who had ruined him for all others.

Now a royal dragon rages, a sleeping dragon lurks, and too many treasures have gone missing. Can Anne and Wentworth lay aside resentment, pride, and heartbreak to prevent Kellynch’s awakening from ending in bloodshed—or worse?

Six-time BRAG Medallion Honoree, Maria Grace has her PhD in Educational Psychology and is a 16-year veteran of the university classroom where she taught courses in human growth and development, learning, test development and counseling. None of which have anything to do with her undergraduate studies in economics/sociology/managerial studies/behavior sciences. She pretends to be a mild-mannered writer/cat-lady, but most of her vacations require helmets and waivers or historical costumes, usually not at the same time. 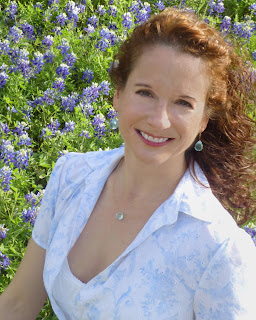 She can be contacted at

This is my favorite books so really thank full to you.

I am looking for some good blog sites for studying. I was searching over search engines and found your blog site. Well i like your high quality blog site design plus your posting abilities. Keep doing it. If you ever in search of fake driving license then you must read this article UK Fake Driving License PSD Template. The information given in this article may be useful to you in making a fake driving license. This template has fully editable Photoshop templates and high quality templates.