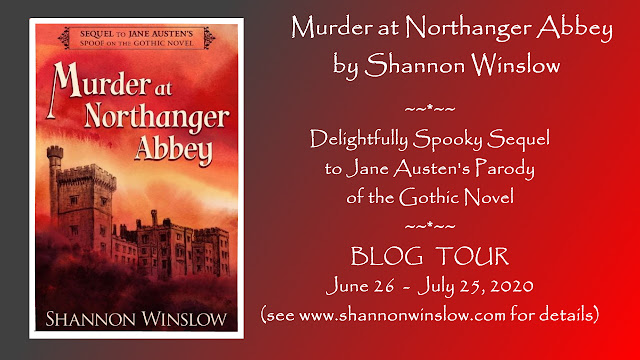 I especially enjoy writing the many letters included in my novels, trying to make each one a little work of art, as Jane Austen did.  Who can forget Darcy’s 8-pager to Elizabeth after his failed first proposal or Captain Wentworth’s iconic love letter to Anne? You pierce my soul…

But I bet you didn’t know that Henry Tilney can be just as passionate.

Today I’m sharing an excerpt from Murder at Northanger Abbey, (my new Northanger Abbey sequel) that illustrates what I mean. It’s a letter – a slightly steamy love letter, actually – that Henry wrote to Catherine during the time they were separated and waiting to marry. Since the action in this novel takes place after the wedding, this letter is included as something Catherine is remembering to help her through another difficult separation from Henry. 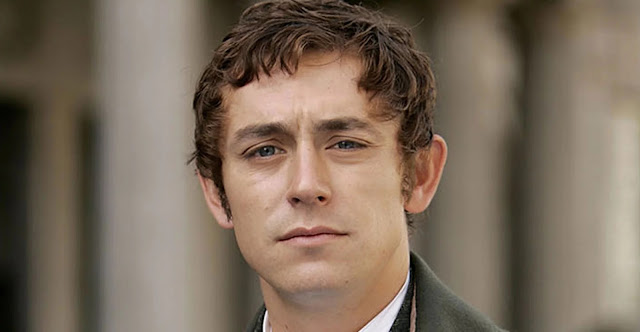 My Dearest Catherine,
May I presume to call you mine, though I cannot yet fully possess you? I dare to hope that I may, for when I look into my mind, into my heart, and into my imagination, I find you already resident there, a warm and vital part of me. In these three seats of my affection, there is no one but you, Catherine. In truth, there never was and never will be another. You have captured me altogether, and I ache with longing until our union can at last be made complete.
Do I shock you, my darling, by the force of my affection, with the strength of these sentiments? Indeed, I shock myself. You have been used to hearing only lightness and teasing from me, only joviality and laughter. That is always my preferred way. But I find that I am, after all, capable of much more serious reflections when hard pressed, as I now am by this separation. I find it is difficult to speak lightly when my heart is heavy.
And yet I do not despair at our situation. Although there currently seems no reasonable basis for hope of an early solution, I remain ever hopeful. I refuse to be reasonable if being reasonable means I must consign myself to a world where the contrariness of one stubborn gentleman should overrule all that is good, right, and fitting. If my father will be obstinate in his position, I will hold even more tenaciously to mine. I can even be patient if necessary, because I am convinced that, with right on our side, we will prevail in the end, you and I. I also believe that the reward – the deep satisfaction we may expect to find in our marriage – will be well worth waiting for. But I dare not say more on that subject here.
So I entreat you to join me in this belief, my dearest, fairest Catherine. Do let me hear from you soon to confirm your love and faithfulness, as I do now confirm mine for you. Tell me you will wait as long as it may take for our happiness to be fulfilled.
I remain ever yours, body and soul,
Henry
What do you think? Wouldn’t you be pleased to receive such a letter from you sweetheart? I know I would. Did you picture Henry Tilney as a passionate guy or just a joking goofball? I say he can be both. Who can resist a sexy guy who can also make you laugh?
And you will be happy to know that the romance and passion carries through into Henry and Catherine’s marriage as well! I admit I had fun finding ways to incorporate that aspect of their relationship into this book – the grownup pleasures of wedding life, as the cover blurb says. Nothing graphic, you understand; it’s all teasing, implication, and innuendo. Nod, nod, wink, wink, and say no more. I’m confident you’ll have no trouble filling in the rest of the details from your own imagination. Happy reading! 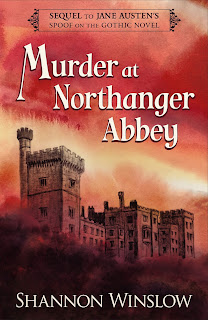 Sequel to Jane Austen’s Spoof on the Gothic Novel
Newly married to her beloved Henry, Catherine’s eyes are now open to the grownup pleasures of wedded life. Yet she still hasn’t quite given up her girlhood fascination with all things Gothic. When she first visited Northanger Abbey, she only imagined dreadful events had occurred there. This time the horror is all too real. There’s been a murder, and Henry has fallen under suspicion. Catherine is determined to clear her husband’s name, but at the same time, she’s afraid for her own safety, since there’s a very good chance the real murderer is still in the house.
This delightful sequel reprises the mischievous spirit of Austen’s original spoof on the Gothic novel, while giving Catherine a genuine murder mystery to unravel.

You can find the book at

That's the way I see it, Vesper!

Love the concept of this book.

Thanks so much for the chance to visit and share with your readers, Maria. Much appreciated!

I love this horror story. Thanks for sharing,

Thank you for sharing this useful post here. Your quality work looks amazing. Nice work! Thank you. What's your scrolling speed? Here's an article for you Mouse scroll test. This article useful for everyone.