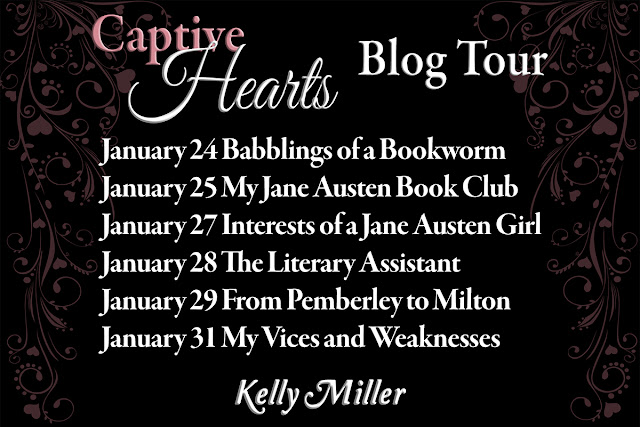 Will Captain Wentworth realize too late that he has a second chance at love?

With a successful naval career and a fortune to his name, Frederick Wentworth receives a hero’s welcome from his sister’s neighbours.

One person, though, presents a source of vexation. Years earlier, Miss Anne Elliot had reneged on her promise to marry Wentworth, revealing a significant character flaw. Yet Anne’s unmarried state at the age of seven and twenty, her altered demeanour, and her resolute avoidance of Wentworth raise questions that gnaw at his composure.

In this Regency variation of Jane Austen’s Persuasion, the captain follows the advice of a respected new friend and re-examines the agonizing circumstances of his bitter break from Anne, reaching a novel conclusion. But before he can act upon his new resolve, a dire twist of fate threatens Anne’s life. 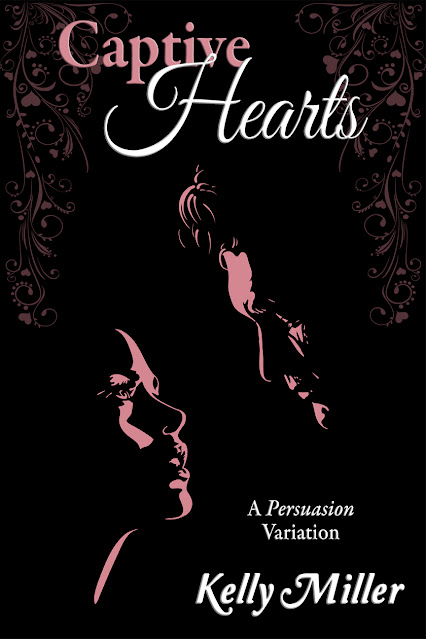 This excerpt, in Captain Wentworth’s point of view, takes place at the home of Charles and Mary Musgrove, where Anne Elliot is staying. Wentworth had been invited to go hunting with Mr. Charles Musgrove and Mr. Darcy. At Mr. Musgrove’s suggestion, Wentworth entered the house to greet Miss Louisa and Miss Musgrove. But he encountered Miss Anne Elliot alone with her ailing nephew instead.

Miss Elliot’s determined gaze in another direction offered him the opportunity to scrutinize her with impunity. Her large eloquent eyes, now averted towards the floor, drew his focus. The faint, dusky half-moons beneath them hinted at lost sleep. She wore another simple, ill-fitting dress, yet her slender, graceful form could almost be discerned.

Damn—what in blazes was he doing? He wrested his stare from her and ambled with an unconcerned air to the window. Wentworth anchored his gaze towards the landscape beyond. “I hope the little fellow is feeling better.” He glanced back at her and then chastised himself for doing so.

“Aunt Anne, I want the sweetmeats Grandpapa brought us.” The young boy pouted.

“Charlie, you know you are not to have any until this afternoon.” Her gentle voice conveyed a loving admonition. “Your father told you this not fifteen minutes ago.”

His determination to disregard Miss Elliot crumbled during her speech.

Young Charles curled his tiny hands into fists and pummelled the sofa. “I want them now!”

With a gasp, Miss Elliot crouched beside the boy and grabbed his fists. “You must stop that. You will re-injure your shoulder.”

The boy’s countenance softened and he ceased his efforts. “I am tired of being ill!”

Miss Elliot lifted her long graceful fingers to brush the boy’s hair from his eyes in a tender motion. “I know.”

Transfixed at the scene, a lump formed in Wentworth’s throat.

Crisp, heavy footsteps in the hall prompted him to wrench his sight from her. Mr. Darcy entered the room.

Miss Elliot gave the gentleman a wan smile. “Good morning, Mr. Darcy. My brother-in-law ought to be ready soon.”

He approached the gentleman. “Mr. Darcy, it appears to be a fine day for hunting.”

“Yes, it is. My wife and I walked on the west side of the estate this morning. We took a picturesque hilly track past a large pond.”

“Yes, I am familiar with it.” The path bordered Kellynch Hall.

Another male child, a well-fed cherub of perhaps two years, entered the room on his own and headed straight for his brother. “Charlie play!” The toddler gripped his brother’s arm.

“Your brother cannot play with you, Walter. He is not well.” Miss Elliot, now seated on the sofa, pried the youngster’s fingers from young Charles’s arm. “He must lie still so that his hurt shoulder may heal.”

The toddler climbed upon the sofa. Whilst Miss Elliot adjusted the blanket covering Charles, Walter latched himself upon her back.

“Walter, release me.” Miss Elliot twisted her upper body, but the child held fast with surprising tenacity. “Walter, please let go of me.”

The toddler emitted a gleeful shriek.

Mr. Darcy made a tentative step towards Miss Elliot, but Wentworth burst into action and strode ahead of the gentleman. He swooped down and grabbed Walter, lifting the child from Miss Elliot’s back, but the toddler gripped a fistful of her hair.

With Anne frozen in place, Wentworth sucked in his breath, working the tiny hand loose. More than once, his fumbling fingers made contact with her scalp, igniting tiny prickles of heat. Interminable seconds elapsed before he stepped away with the child in his arms. She uttered not a word.

With his full attention trained upon the little boy, Wentworth took the wild-eyed child to a corner of the room. It had to be frightening for Walter to be carried off by a strange man, which may have accounted for the boy’s lack of verbal protest.

He set the child on the ground, retaining hold of the toddler’s shoulders. “Now, Walter, you are quite young, but it is time you learned that when your aunt tells you to do a thing, you must obey. I understand you wish to play, but your aunt must tend to your ailing brother.”

His gaze fell upon a quarto of foolscap left on a nearby desk. “If I have your word as a gentleman that you will behave yourself from now on and do as you are told, I shall give you a toy to play with. Would you like that?

Walter’s head bobbed in an energetic set of nods.

“Do I have your word then?”

He performed a series of folds with the foolscap. As a lad, a fellow shipmate had taught Wentworth how to make a flying toy, a “paper bird.” He held the toy aloft before the child. “This toy bird can glide through the air. Would you like to see it fly?”

“Very well. Observe how I help it set off.” Wentworth held the underside of the paper bird between his two fingers and bent his arm back and forth to show the child the motion. “This time, I shall let it go.” The paper bird sailed through the air, landing on the far side of the room.

With a merry yelp, Walter toddled after the paper bird.

“I commend you.” Mr. Darcy approached him. “I had in mind to remove the child from Miss Elliot myself, but I had no plan beyond that. I do not believe I could have handled the child so well.”

He shrugged. “One learns many skills whilst at sea.”

A chorus of high-pitched voices preceded the entrance of the Miss Musgroves and Mrs. Musgrove. Walter ran towards them and held up his new toy for his mother and aunts. The three ladies exclaimed over the paper bird and extolled Wentworth’s cleverness in the creation of the novel item. At the ladies’ request, he demonstrated the toy’s construction.

However, after a visual check of the room, Wentworth’s smile became forced. Whilst he had dealt with the toddler, Anne had fled the room. 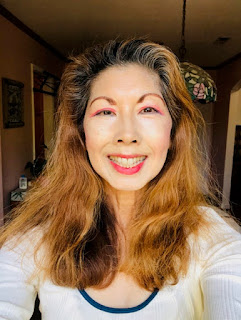 Award-winning author Kelly Miller is a native Californian and Anglophile, who made her first visit to England in 2019. When not pondering a plot point or a turn of phrase, she can be found playing the piano, singing, or walking her dogs. Kelly Miller resides in Silicon Valley with her husband, daughter, and their many pets.

Captive Hearts is her fifth book published by Meryton Press. Other books by Kelly Miller:

Death Takes a Holiday at Pemberley, a Pride and Prejudice Regency romantic variation with a touch of fantasy

A Consuming Love, a Pride and Prejudice Regency novella

a Rafflecopter giveaway
Posted by Maria Grazia at 11:50

Thanks for hosting Kelly Miller and Captive Hearts, Maria. It is always nice to visit your blog. Kelly, I loved this scene in your book! Thank you for sharing it here.

Thanks for having me today, Maria! Thank you for your wonderful support Janet! I appreciate all you do! I'm glad you enjoyed this scene!

Thank you, Janet! Always a pleasure working with you and Meryton Press 🥰

Hello Kelly,
You're very welcome and congratulations on your release.
Persuasion is my best favourite Austen novel, by the way!

Thank you, Maria! It's great to hear that Persuasion is your favourite of JA's novels! :)

I have this book on my Kindle. Kelly is an awesome writer and has the era down perfectly. I hope to work my way through all of her books this year. She is a great person, also!

Thank you so much, Barbara Ann! I really appreciate your lovely comment!

This book sounds spellbinding. I look forward to having a chance to read it. Best of luck on your blog tour, Kelly. Thanks for hosting, Maria.

The Darcys are in it?! Is there much about them? Do they have much to do with the plot?

Thank you so much, Suzan! I appreciate you support! :)

Hi Ginna, The Darcys appear in the first three chapters. They play a small but noteworthy role in the first part of the novel! :)

Thank you for this excerpt. I do love to know Capt Wetworth's view, touching and sweet.

I'm so glad you liked the excerpt, Buturot! Thank you for your comment!

Such an amazing and helpful post. I really really love it.
바카라사이트