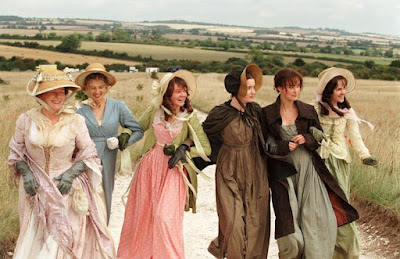 Isn't it true that we read and re-read Jane Austen because her novels and her wit can make us happy? It is undeniable truth. The subject of Jane Austen and happiness is even analized in academic paper, sometimes boasting and pedantic but nonetheless interesting.

This is what I've been reading about this afternoon.  I'm not working on any lecture about Austen in this period, I'm teaching other authors from other literary periods. It was just out of curiosity.

The first paper I found is by Robert Miles, Chair of the Department of English at the University of Victoria, Canada. His lecture/paper available online, Jane Austen, Happiness and Moral Luck aims at arguing that Austen’s capacity to make her readers happy is a key datum in understanding Austen’s place in modernity. Traditionally Jane Austen has been thought of as an Augustan writer. For recent critics, to revise Austen as ‘Romantic’ has generally meant rescuing her from the Janeites with their insistence upon the novels as ‘hetero-normative’ fairytales of domestic bliss. In this lecture Robert Miles sides with the Janeites, instead,  and Charles Taylor’s recent, revisionary account of secularization, in A Secular Age,   provides the critical framework for his reading of Austen.

It was Jane Austen who first represented the specifically modern personality and the culture in which it had its being. Never before had the moral life been shown as she shows it to be, never before had it been conceived to be so complex and difficult and exhausting. Hegel speaks of the “secularization of spirituality” as a prime characteristic of the modern epoch, and Jane Austen is the first to tell us what this involves. (from Lionel Trilling’s Sincerity and Authenticity ,Oxford University Press  1973,  p. 308 ) 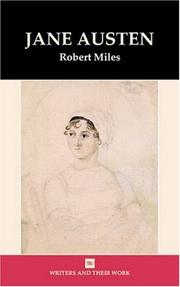 By assessing what was original in Jane Austen's fictional technique in the context of the history of the novel, Robert Miles takes a fresh look at how Austen came to be constructed as a model of Englishness. For many readers Jane Austen is the quintessential English author. Jane Austen sets out to explore the history of this identification with Englishness in the context of a tradition of criticism that has frequently tried to achieve the reverse: to establish her difference, and distance, from 'us'. Rather than simply showing how Austen differs from the heritage, Jane Austen argues that many of the reasons for her construction as an English cultural icon are to found in the works formal qualities, and often in her most innovative techniques.

Another interesting contribution to the discussion about Austen and the theme of happiness comes from Claire Eileen Tarlson , Seattle University , Washington. Her article is Jane Austen, Persuasion, and the Pursuit of Happiness ( Lethbridge Undergraduate Research Journal. 2006. Volume 1 Number 1). 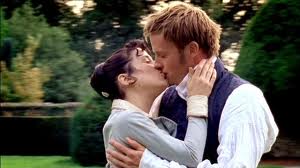 Abstract. This paper argues that there is a Romantic shift in the feminist and individualistic ideology of Jane Austen's work as her career progresses, and Austen begins to admire different cognitive qualities in her heroines. At the end of Pride and Prejudice, Elizabeth's confessed love for Darcy is a carefully reasoned one - Darcy has righted the wrongs cited in Elizabeth's original refusal and Elizabeth can justify her own acceptance of him by objective standards. Anne Elliot of Persuasion, by contrast, accepts Wentworth ultimately not on the basis of anything he has done differently, but merely by the realization of her own original emotions and motives as valid. Throughout the novel, Anne develops as this individual on her own, and by the time she finally marries Wentworth at the end of the novel, the marriage is not needed to complete her because she has already made her emotional transformation independent of the marriage proposal. The contextual frameworks for both of Jane Austen's novels Pride and Prejudice and Persuasion are so similar that they demand side-by-side comparison, but the heroines of these novels show a very different approach to characterizing the admirable woman. The evocation of Elizabeth by means of Anne's character serves to elucidate and cement this shift in Austen's tone and feminist worldview. 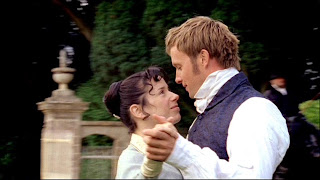 The similarities juxtaposed with a discernible shift in the qualities of the heroine strongly suggest that Anne Elliot is a reworking of Elizabeth Bennet, and that the purpose of Persuasion is to reinvent Pride and Prejudice in a way shows Austen's reconsideration of the value and motives of marriage and gives even more intellectual and emotional credit to Persuasion's heroine. There exists a carefully crafted language of allusion in Austen's works, and especially between these two bookends of her career, which seem to serve almost as a privatized discourse for Austen's own benefit. In this way, Austen is showing her own shift into Romanticism, valuing the emotional over the reasonable, and how this shift should play out into the lives of women. Elizabeth is representative of women being capable and worthy to reason in the world of men, whereas Anne's individualism gives women something even more important in Austen's assertion of the validity and worth of female emotions. 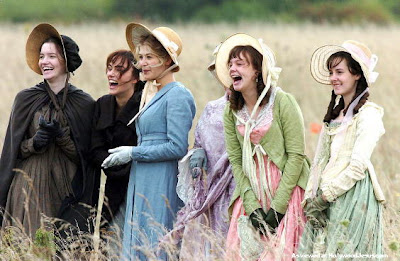 If you are interested in reading these papers,  you can find them in pdf format online: