P O Dixon writes Pride and Prejudice adaptations with one overriding purpose in mind—falling in love with Darcy and Elizabeth once again. Sometimes provocative, always entertaining, her stories are read, commented on, and thoroughly enjoyed by thousands of readers worldwide. Initially written in 2009 and published in 2010, To Have His Cake (and Eat It Too): Mr. Darcy’s Tale represents her first venture into the Jane Austen fan fiction community. Her current work in progress, Bewitched, Body and Soul: Miss Elizabeth Bennet, will be released in 2012. She resides in North Carolina with her husband and young daughter; neither of whom understands what exactly is all this fuss about Mr. Darcy. 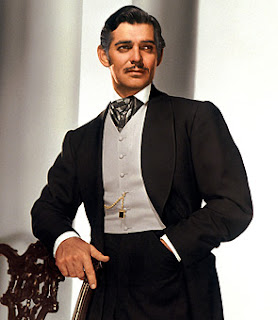 I confess. I fell in love with Mr. Darcy before reading Pride and Prejudice, thanks to Matthew Macfadyen. Once I read Jane Austen’s classic, I began to understand the enigmatic Mr. Darcy. Then I happened upon the world of fan fiction and indeed, my life has never been the same.

I admit it has not always been this way. Mr. Darcy was not my first love. Margaret Mitchell’s Rhett Butler bears that distinction. Yes, my first glimpse of him was in the movie Gone with the Wind. As with Mr. Darcy, my affection grew for Rhett Butler after reading the book.

I’m sensing a pattern here. While I shall not ascribe many of Mr. Butler’s less admirable traits to Mr. Darcy, nor do I postulate he was capable of performing many of Rhett Butler’s dastardly deeds—dare I mention Miss Belle Watling as a start. Both being gentlemen of their times, who is to say for certain? 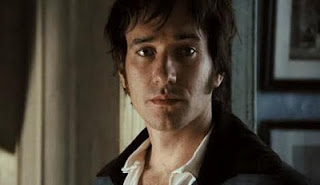 In Pride and Prejudice, Mr. Bennet had this to say about Mr. Darcy, “We all know him to be a proud, unpleasant sort of man ...” Elizabeth spoke of his arrogance, his conceit, and his selfish disdain of the feelings of others—the last man in the world whom she could ever be prevailed on to marry.

In another time, another place, these words might describe how Mr. O’Hara and Scarlett saw Rhett Butler. Of course, Elizabeth and Darcy worked through their misunderstandings more swiftly and far less painfully than did Scarlett and Rhett. Miss Jane Austen provided a satisfying happily ever after conclusion to their love story. Still, legions of writers and far more readers keep asking, “What if?”

What if, indeed? This begs the original question. What if my favorite literary heroes have more in common than I dare allow? Am I merely blinded by love? What say you?

He Taught Me to Hope
What if Elizabeth is promised to another when she meets Mr. Fitzwilliam Darcy, the one man who captures her heart and imagination like no other? As dire as their chance for “happily ever after” seems, there is a measure of hope by way of a strong and enduring bond between them.
The legend of King Arthur meets the timelessness of Miss Jane Austen’s endearing works in this delightfully entertaining Pride and Prejudice adaptation that takes you back to a magical time of enchantment and romance and lets you fall in love with Darcy and Elizabeth once again.

Still a Young Man
Widowed after six months of marriage, Elizabeth determines to leave her past behind, to enjoy life to its fullest and on her own terms. Charming, witty, and engaging, she is widely admired by all. However, everything is not as it seems. She harbours a secret.
The beautiful widow captivates a younger Mr. Darcy. He knows her better than she knows herself. He struggles to break through her protective barriers, the most daunting being her tightly held conviction that she will never marry again.
Follow Darcy and Elizabeth on this path of discovery that leads to true and abiding love.

I have always loved Mr. Darcy!

Still a Young Man
US
dawna45123@yahoo.com

Thanks for the giveaway,
Cheers,
Anisa

The I love P&P variations for the simple fact the last chapter of P&P left me with several what if's of my own.

This is an interesting twist! Sounds good! Thanks for the giveaway!
Canada

I'd like to read a what if novel, like... "Still a young man".
Thank you for the giveaway.

I'm very fond of Mr. Darcy and I'm very curious about your books. Thank you for the giveaway!

I will always love anything Darcy related!! Keep those giveaways coming!! Thank you!

US
He Taught me to Hope
molfetta91@yahoo.com
Josephine, New Jersey

I can't get enough of these "what ifs"! Thanks for the giveaway.

US
He Taught Me To Hope
jimsueh@comcast.net
Sue

I just love Darcy, and I never get tired of watching him and Lizzy fall in love, even if it seems to take them forever sometimes.

Thank you for the giveaway. (So hard to choose!)

Still A Young Man
US
monicaperry00 at gmail dot com

I've never really seen Rhett Butler as having much in common with Darcy when it comes to love. I guess because the women they love are so different and their basic characters are so different. Darcy is very duty bound which is partially why he screws up his chance at Hunsford giving her all the reasons that he shouldn't marry her. Rhett is a bit more of a rogue. He doesn't care about that kind of stuff. Though, I'll give you this, I do find Rhett Butler just as dashing as Darcy and I commend your choice in heroes.

I am intrigued by the premise of both your books and they look like great reads. Thank you for the giveaway opportunity.
If I were to win, I would want to read 'Still a Young Man'
US Resident
sophiarose1816@gmail.com

what a fantastic giveaway!!! what tough choices to make!!! LOL!!!!

I cannot get enough Lizzy & Darcy! I loved To Have His Cake!
Thanks for the giveaway!

Do I really have to choose? ;) they both sound so good!

I would love to win He Taught Me to Hope. The reference to King Arthur is so intriguing. Thanks for the giveaway.
US
lcbrower40(at)gmail(dot)com

I love Darcy! This is a great giveaway.

US
Still A Young Man
kgallamericanrejectsrock@yahoo.com

I'm encouraged by the warm response to the book giveaway. Thanks everyone for commenting for a chance to win.

Whether your choice is Still a Young Man or He Taught Me to Hope, you will find Darcy wonderfully romantic.

Great post! I love Mr Darcy and Rhett Butler! Thanks for this wonderful giveaway! I would love to read Still a Young Man.=)

The most pleasant thing of Mr.Darcy is,that he's age less.So for me,almost 60...it's not strange to say now an d then.I love Mr.Darcy...;-)

Rett Butler charmed me like no other, as for Mr. Darcy ... I would have responded just like Elisabeth :)

(Both books seem to be about hope so either sound great)

You are correct. Both books are about hope and a fair amount of patience on Darcy's part in winning over Elizabeth's heart.

And Maria, I agree Darcy is ageless. I can well imagine this great love I have for him lasting for decades to come :-)

I was disappointed not to win, but I wanted to say I just finished "He Taught Me To Hope" and loved it! Thanks so much!
Sue

There is always another what if for me, I am so interested in reading Still a Young Man. Please enter me. Julie Rakowski US rakowski_julie@yahoo.com