The celebrative atmosphere all around the Net has made me look for the perfect read to join the festive mood in honour of the 200th anniversary of Pride and Prejudice. What about this just released book by Australian Austen scholar, Susannah Fullerton?


The Book - Celebrating Pride and Prejudice 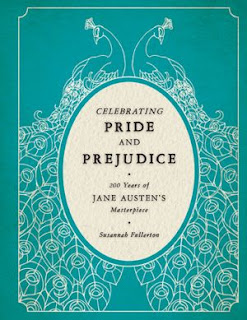 “Think only of the past as its remembrance gives you pleasure,” Elizabeth Bennet tells Fitzwilliam Darcy in one of countless exhilarating scenes in Pride and Prejudice by Jane Austen. The remembrance of Austen’s brilliant work has given its readers pleasure for 200 years and is certain to do so for centuries to come. The book is incomparable for its wit, humor, and insights into how we think and act—and how our “first impressions” (the book’s initial title) can often be remarkably off-base. All of these facets are explored and commemorated in Celebrating Pride and Prejudice, written by preeminent Austen scholar Susannah Fullerton. Fullerton delves into what makes Pride and Prejudice such a groundbreaking masterpiece, including the story behind its creation (the first version may have been an epistolary novel written when Austen was only twenty), its reception upon publication, and its tremendous legacy, from the many films and miniseries inspired by the book (such as the 1995 BBC miniseries starring Colin Firth) to the even more numerous “sequels,” adaptations, mash-ups (zombies and vampires and the like), and pieces of merchandise, many of them very bizarre.

Interspersed throughout are fascinating stories about Austen’s brief engagement (perhaps to the man who inspired the ridiculous Mr. Collins), the “Darcin” pheromone, the ways in which Pride and Prejudice served as bibliotherapy in the World War I trenches, why it caused one famous author to be tempted into thievery, and much more. Celebrating Pride and Prejudice is a wonderful celebration of a book that has had an immeasurable influence on literature and on anyone who has had the good fortune to discover it.

Other publications by Susannah Fullerton 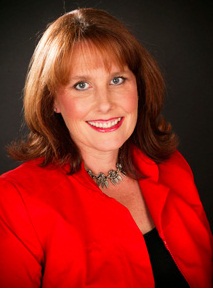 Susannah Fullerton majored in English Literature at the University of Auckland. She then completed a post-graduate degree in Victorian fiction and prose at the University of Edinburgh. For the past 15 years Susannah has been President of the Jane Austen Society of Australia. She has lectured extensively on Jane Austen in Australia and overseas and has published many articles about Jane Austen's works. She is the co-author of Jane Austen - Antipodean Views and published Jane Austen and Crime in 2004, and Brief Encounters: Literary Travellers in Australia (Picador) which was launched in May 2009. Susannah is very well known on the Australian speakers' circuit as a literary lecturer. She gives talks on famous authors, their lives and works, and on the history of England, at the State Library of NSW, ADFAS, WEA, schools and for a great variety of clubs and societies. Susannah uses her training in drama to delight her audiences with dramatic readings from novels and poems. Her interest in literature is wide ranging. She is a member of the Dylan Thomas Society of Australia, the Australian Brontë Association, the Byron Society and the Sherlock Holmes Society. She has worked on literary prize committees, organised literary conferences and is a most experienced lecturer and group leader. To discover more about Susannah's activities visit http://www.susannahfullerton.com.au

Susannah Fullerton is the President of The Jane Austen Society of Australia.

I really want to read this, but for now it's languishing on my wish list. Sigh. Happy anniversary!