UNDER THE SPOTLIGHT - PAULA BYRNE, JANE AUSTEN. A LIFE IN SMALL THINGS 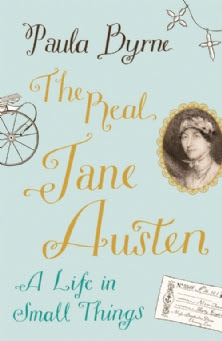 I'm sure 2013 will be filled with great Austen fun since it is the year of Pride and Prejudice bicentenary and there have been  many great events announced already.
There are also several interesting books coming out, though not all of them related to Pride and Prejudice, but all of them Austen-related . Among the ones coming out soon, here is one   I'm really curious about.


Paula Byrne announced she was writing a book about Jane Austen last year when she brought to our attention a mysterious portrait of a lady she declared to be of our beloved Jane. Many Austenites were and still are skeptical, but, maybe , Ms Byrne will win them over with her new achievement: an unusual biography of their favourite writer.

Who was the real Jane Austen? Overturning the traditional portrait of the author as conventional and genteel, bestseller Paula Byrne’s landmark biography reveals the real woman behind the books.
In this new biography, best-selling author Paula Byrne (bestselling author of Perdita, Mad World) explores the forces that shaped the interior life of Britain’s most beloved novelist: her father’s religious faith, her mother’s aristocratic pedigree, her eldest brother’s adoption, her other brothers’ naval and military experiences, her relatives in the East and West Indies, her cousin who lived through the trauma of the French Revolution, the family’s
amateur theatricals, the female novelists she admired, her 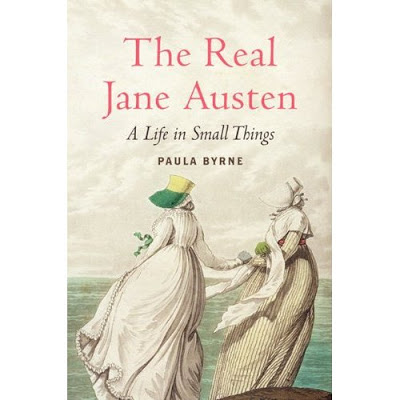 residence in Bath, her love of the seaside, her travels around England and her long struggle to become a published author.Byrne uses a highly innovative technique whereby each chapter begins from an object that conjures up a key moment or theme in Austen’s life and work—a silhouette, a vellum notebook, a topaz cross, a laptop writing box, a royalty cheque, a bathing machine, and many more.The woman who emerges in this biography is far tougher, more socially and politically aware, and altogether more modern than the conventional picture of ‘dear Aunt Jane’ would allow. Published to coincide with the bicentenary of Pride and Prejudice, this lively and scholarly biography brings Austen dazzlingly into the twenty-first century.

You can pre - order the book at Amazon.com 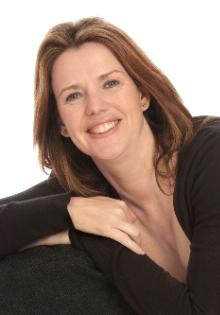 Paula was born in Birkenhead in 1967, the third daughter in a large working-class Catholic family. She studied English and Theology at the college that is now Chichester University and then taught English and Drama at Wirral Grammar School for Boys and Wirral Metropolitan College. She then completed her MA and PhD in English Literature at the University of Liverpool. She is now a full-time writer, living with her husband, the Shakespeare scholar Jonathan Bate, and their three young children (Tom, Ellie and Harry) in an old farmhouse in a South Warwickshire village near Stratford-upon-Avon.
Paula is represented by The Wylie Agency. She is an Executive Trustee of the Shakespeare Birthplace Trust and a Royal Literary Fund Fellow at the University of Warwick.
Paula is the author of the top ten bestseller Perdita: The Life of Mary Robinson (HarperCollins UK, Random House USA). A selection for the 2005 Richard and Judy Book Club and a British Book Awards 'Best Read' nomination, Perdita was also long-listed for the prestigious Samuel Johnson Prize. It tells the extraordinary story of the eighteenth-century actress, poet, novelist, feminist, celebrity and royal mistress Mary 'Perdita' Robinson (1757-1800).
Paula's first book, shortlisted for the Theatre Book Prize, was Jane Austen and the Theatre, published in 2002 and reissued in paperback in 2007 by Hambledon Continuum. Paul Johnson of The Spectator chose it as his best-ever book on Jane Austen and the Times Literary Supplement described as a 'definitive and pioneering study of a wholly neglected aspect of Austen's art.' She has also edited a Routledge Literary Sourcebook on Jane Austen's Emma.

Paula Byrne recorded a video at Chawton Museum House to present her book and explain how she worked on writing a different biography of such a well-known author whose life was quite uneventful. Rather than a conventional cronological reconstruction of events she chose to focus on small key things in Jane Austen's life.
Listen to her own words in the clip below

There is also an audio unabridged version of the book coming out as well as an e-book.
Posted by Maria Grazia at 01:11