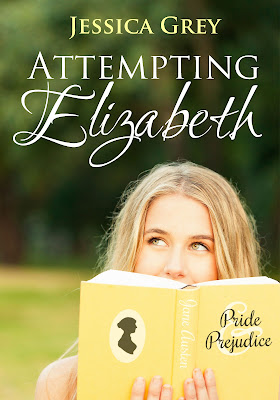 Kelsey Edmundson is a geek and proud of it. She makes no secret of her love for TV, movies, and, most especially, books. After a bad breakup, she retreats into her favorite novel, Pride and Prejudice, wishing she had some of the wit and spirit of Elizabeth Bennett.

After a particularly gaffe-filled evening around Mark, Kelsey is in desperate need of inspiration from Jane Austen. She falls asleep reading Darcy’s letter to Lizzy and awakens to find herself in an unfamiliar place that looks and sounds suspiciously like her favorite book. Has she somehow been transported into Pride and Prejudice, or is it just a dream?

As Kelsey tries to discover what’s happening to her, she must also discover her own heart. Is Mark Barnes destined to be her Mr. Darcy? In the end, she must decide whether attempting to become Elizabeth is worth the risk or if being Kelsey Edmundson is enough. 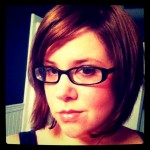 Jessica Grey is an author, Janeite, fairytale believer, baseball lover, and recovering Star Wars fangirl.  A life-long Californian, she now lives in Montana with her husband and two children, where she spends her time writing, perfecting the fine art of preschooler-wrangling, and drinking way too much caffeine.

I didn’t make it to the end, though. I was so tired out from the ill-conceived hiking excursion and my crying jag that as soon as Darcy stormed out of Hunsford cottage after being soundly rejected, I felt my eyes getting heavier. I had barely made it through the letter Darcy gives Elizabeth the next day when I dropped off to sleep.


As my eyelids drifted shut, I felt like I was being pushed and pulled from all sides. There was a loud rushing sound in my ears. I opened my eyes, but I seemed to have trouble focusing. I could bring the scene in front of me into focus, briefly; then it got blurry again. It was bright, much brighter than my softly lit living room. After a moment or so of fighting to focus, my vision cleared. The strange sounds remained in my ears, like the sounds of waves pulling in and out.
I felt different. I looked down at my body. I was dressed in a pale muslin morning dress, holding a sampler as my hands—except they weren’t my hands; they were much smaller and more delicate than my hands—were busily setting a series of small precise stitches into the fabric. I have never sewn in my life.
I looked around the room. It was lovely—filled with early afternoon sunlight from large multi-paned windows, decorated in a soft feminine style, and stocked with the most gorgeous antiques I had ever seen.
I became aware that someone was talking to me. There was a woman sitting on a small couch to my left. She was dressed in a Regency era dress just like I seemed to be and had a small lace cap on her head. It appeared she’d been speaking to me for some time, but her voice was just beginning to filter through the rushing in my ears.
The woman was dark-haired and petite and looked to be in her late thirties or early forties. She also sat with a sewing project in her lap, but unlike my hands, which were still busily working away, hers were gesturing in the air as she punctuated whatever point she was making. As her voice became clearer I became even more confused.
“...and I must say, he was paying you particular attention yesterday during our stroll. Did you not notice it? Such charming manners, and so handsome. Georgiana, are you attending me? You have quite a blank look on your face.”
Georgiana? Who was she talking to? I turned my head slightly to each side, but there was no one in the room but the two of us. The woman looked at me in exasperation, but then laughed.
“I dare say you are daydreaming about a certain gentleman. You should do me the favor of attending when I am speaking of the very same gentleman,” she teased.
I cleared my throat. “I’m sorry, I don’t know who you are talking about.” For some completely inexplicable reason my voice came out significantly higher and softer than my usual alto. And in an extremely refined sounding upper British class accent. I was so shocked I dropped my sewing sampler and it fell to the floor with a soft whoosh.
My companion looked surprised as well, but she recovered quickly with a patently fake-sounding laugh. “Oh my dear, what a dreadful tease you are turning into. Who else could we be speaking of? Do you have that many beaux that you are getting them confused?”
I continued to stare at her. The look on my face—I had a brief dumbfounded moment of realization that I had no idea what my face looked like; judging from the difference in the appearance of my hands and the tenor of my voice, it might look extremely different from my own—must have given her another moment’s pause, because she furrowed her brow and said, “Why, Mr. Wickham of course.”
If the surprise I felt at hearing my voice registered at about a nine out of ten on the shock scale, the mention of Wickham blew it right off the charts.

a Rafflecopter giveaway
Posted by Maria Grazia at 09:19

That sounds very intriguing! I'd love to have the chance to read your book!

As a Jane Austen geek, this has made me quite curious. I'd love to read this book! :)

I would like to read this book too. It has a promising beginning and I wonder if Kelsey will ever find her way to back the modern age.

This book sounds like so much fun! I'm so excited to read it! And I just love the cover!!:)

I'm curious as to why someone would need to recover from being a Star Wars fangirl? lol

It seems to be a lovely story!!

Thanks for the lovely comments, everyone.

Nicole, the prequels pushed me into Star Wars fangirl recovery ;)

Love the excerpt and can't wait to read the rest of it. Crossing my fingers!

Oh I want to read this!

I was up till 2 in the morning last night finishing it - loved it!

I can't wait to read this book. It seems amazing!