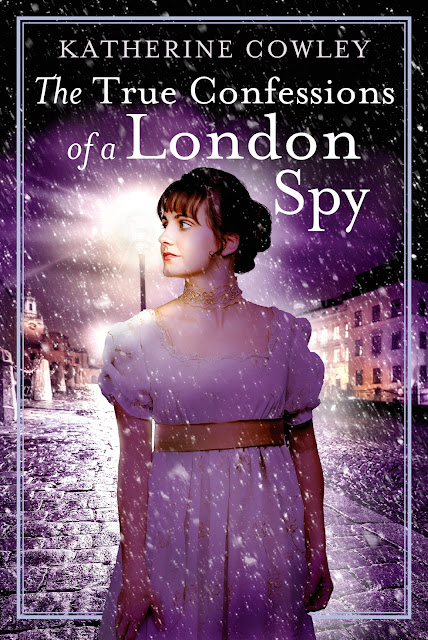 What is the book about?

The True Confessions of a London Spy is about Mary Bennet solving a murder mystery in London. A messenger for Parliament has been found dead, and there are fears that it is part of a greater plot against the government…

At least, that’s what the plot is about. In many ways, the story is actually about whether or not Mary can develop true, quality relationships with her sisters. In Pride and Prejudice, Jane and Elizabeth are fast friends, as are Lydia and Kitty. Mary is in the middle, without a deep connection to any of her sisters—or to her parents. There are so many barriers between her and her sisters, yet the point of storytelling is that it provides possibilities, and I think there is definitely the possibility that Mary could establish stronger relationships.

Which of Mary’s attributes did you retain from Pride and Prejudice? Is there anything that you changed about her? 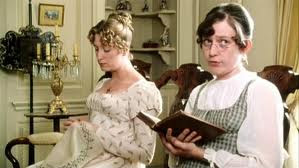 One of the things that is so-very-Mary is her moralizing statements. These are her attempts to say something profound and meaningful, and they are often either ill-timed or too much for those around her.

I like to call these statements Maryisms, and I definitely included a number of Maryisms in The True Confessions of a London Spy. For example:

“It is good to hold many people in one’s circle of friendship, to provide variety and vitality in one’s relationships.”

I tried to stay true to the Mary that is in Pride and Prejudice, but I did add some of my own details about her character, and a new interest—drawing. In my first Mary Bennet novel, The Secret Life of Miss Mary Bennet, Mary took drawing lessons, and she continues to practice her artistic skills in The TrueConfessions of a London Spy.

Another change—or more accurately, addition—to Mary’s character is one of her problem solving techniques. When she’s faced with a situation that is uncomfortable or unfamiliar, or in which she does not know the best way to respond, she considers what her sisters would do. How would Jane respond with kindness? How would Elizabeth analyze and manage the situation? How would Kitty distract someone? What sort of flirtatious statement would Lydia make in this situation? She then chooses one of her sister’s possible responses and acts it out. Her ability to apply the strengths of others to a situation definitely adds to her spy toolkit.

Pride and Prejudice was clearly an inspiration for your novel. Did other works also inspire you?

Two other Jane Austen novels influenced the book—I especially love Marianne and Eleanor’s trip to London in Sense and Sensibility, as well as passages in Emma in which Jane Fairfax and Emma play the pianoforte. There are a few Easter eggs for both of these novels in The True Confessions of a London Spy.

My approach to Mary was also inspired by The Scarlet Pimpernel (especially the musical and the 1982 film). And I’ve taken huge inspiration from Elizabeth Peters’ Amelia Peabody mystery series, which features an independent Victorian woman who wants to be an archeologist. She travels to Egypt and solves murder mysteries while pursuing her dreams of studying ancient pyramids and tombs. 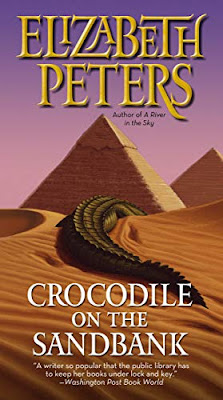 How many Mary Bennet novels do you have planned?

It is a three-book trilogy: The Secret Life of Miss Mary Bennet, The True Confessions of a London Spy, and The Lady’s Guide to Death and Deception.

The final book, The Lady’s Guide to Death and Deception, will be released in September 2022. For readers who would like updates on the series, I have a newsletter.

Can you share an excerpt from The True Confessions of a London Spy?

Here’s a passage from the scene in which Mary arrives at the Darcys’ London home. This is the first time in several months that Mary has seen her family, and now she has secrets which she must keep from them.

Mary found a blank sheet of paper and began to draw Mrs. Gardiner. Her aunt had a dignified look, coupled with a softness of features, and sharp yet kind eyes. As Mary drew, she wished she knew how to capture more than just Mrs. Gardiner’s physical features. How did one capture someone’s essence on the page?

Miss Darcy approached. “I am so glad to have another sister in the house.”

“Please, you must call me Georgiana. I insist. And may I call you by your given name?”

“Of…of course,” said Mary. Lady Trafford and Mr. Withrow had always remained formal with Mary, and as a result it had been months since anyone had called her anything besides Miss Bennet.

“We have only been to one ball since we arrived,” said Georgiana. “But we have several more invitations, and I hope that you will join us.”

Balls could provide opportunities for espionage, so she nodded. “I would find that most agreeable.”

“Lizzy is a wonderful chaperone, but I think that you could chaperone me as well.”

In Georgiana’s mind Mary had already obtained spinster status. “I am only a few years older than you,” said Mary. “I am not sure I would be suitable as a chaperone.” Besides, she needed to focus on her work, not on protecting a young woman whose personal fortune would afflict her with the attention of every money-seeker in London. She moved on from drawing her aunt’s nose to focus on the details of her mouth.

“Then we shall have to act as chaperones to each other!” said Georgiana.

Mrs. Gardiner smiled, and Mary lifted her pencil, unable to draw until Mrs. Gardiner resumed a more neutral expression. “I am sure Mary will enjoy spending time with you and Kitty when she is not busy dancing with young men herself.”

“We shall have a lovely time,” said Georgiana. “It is a pity that I cannot be fit for my new gown before the ball on Thursday, but I shall not let it dampen my spirits.”

“When will the gown be ready?” asked Mary, switching to a softer pencil. When she had begun drawing, her instructor had allowed her only one pencil, but now she had five, some with harder and some with softer leads, each of which could achieve a different effect.

“It was delivered this morning, but the seamstress is ill and will not be able to check its fit, and to be honest, it needs more modifications than a simple fitting will provide.” She paused, and then said, hurriedly, “But that is not nearly as important as her being ill. I hope, for her sake, that it is nothing serious.”

“My maid—well, one of Lady Trafford’s maids, that she has sent with me—is quite the expert seamstress,” said Mary. “She should be able to finish the dress.”

“Would she really?” said Georgiana. “That would be marvellous.”

“Assuming she is able to access any needed supplies, I am certain it would not be a burden for her.” Mary used her finger to smudge the pencil lines that made up Mrs. Gardiner’s hair. It created a nice effect, but Mary was left with lead all over her finger. She held her hand slightly in the air, uncertain of how to solve this problem without ruining her dress or the upholstery.

“Lady Trafford must truly favour you,” said Kitty, “to give you your very own maid.”

“I suppose she does,” said Mary. That must be the excuse, for no one in her family must ever learn their true relationship—that Lady Trafford had trained her as a spy. “I am very grateful for all that she has done for me.”

Mrs. Gardiner passed Mary a small table linen. Mary smiled in gratitude as she wiped the lead off her finger.

Thanks a lot, Katherine.  For being our guest today, for the excerpt, the information about your new book and for the giveaway!

I have always wanted Mary to have a fascinating life.

Bought the Kindle which I will be reading this afternoon, and ordered the paperback which hopefully will arrive by my birthday. Loved the first book. The only way it could be improved is if Colonel Fitzwilliam appears and they pair off. (my favourite couple)

I love Mary so happy to see her featured in this story.

Thank you for the excerpt. Loving this and looking forward to reading the rest of the story

Hello Mary,
Check your email box, you've got a message from me.
Congratulations! You are the winner of our giveaway!
Maria Grazia