There's a reason more to follow this lovely online series inspired by the novels CONFESSIONS OF A JANE AUSTEN ADDICT and RUDE AWAKENINGS OF A JANE AUSTEN ADDICT. You have the chance to enter a weekly giveaway of two signed copies of the novels that inspired the series.
Watch Episode 15, "A Good Wedding" ! Should a wedding be a small affair with a few friends, or a 250-guest extravaganza? You can bet that Jane and Courtney, our time-swapping heroines, have very different ideas about what makes for a good wedding. Go to http://janeaustenaddict.com/ enjoy the clip and  enter the giveaway!
2.  JANE AUSTEN FESTIVAL IN BATH 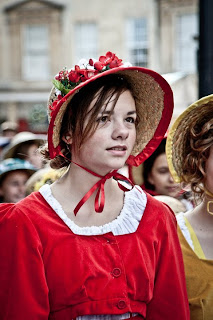 Look at these incredible shots. It isn't like being there but they are so lively that you can rather believe so! The Festival is going on and I'm so envious reading the comments and looking at the beautiful photos of the lucky ones taking part in it! It'll end next Sunday 25th September. Take a look at the events in the schedule for the next days.
CLICK HERE

Just joking, of course. But  I'm serious now. I have to officially announce that Colin Firth's King's Speech won the Toronto Film Festival. Fingers crossed for the Academy Awards. Next year we want more than a nomination Mr Darcy! I mean, Mr Firth. We want a standing ovation and a touching thanking speech. Maybe with a dedication in Italian to your (lucky) beautiful Italian wife ... We are ready for that! What about you? 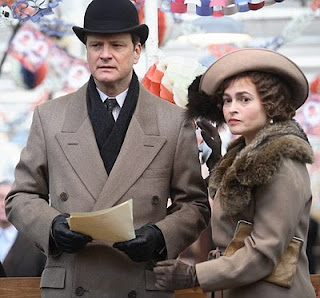 From the official site of the Festival: "Colin Firth delivers another performance of nuance and grace in this moving story of the man who became King George VI, the father of Queen Elizabeth II.
It is the mid-thirties and radio is king. In the words of King George V (Michael Gambon), the members of the Royal Family are forced to become the lowest of creatures: actors. But his son “Bertie” (Firth) is plagued by a dreaded stutter and considered unfit to be king. Haunted by a disastrous and humiliating incident in which he delivered the closing speech at the British Empire Exhibition, Bertie is encouraged by his caring wife Elizabeth (Helena Bonham Carter) to engage the assistance of an unorthodox speech therapist named Lionel Logue (Geoffrey Rush). 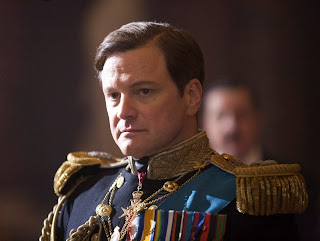 Bound by rules of propriety, Bertie is reluctant to work with Logue, particularly when he insists on ignoring royal protocol and treating Bertie as he would any other man. But gradually, through a series of unconventional techniques, Bertie learns to manage his stutter and forms an unlikely friendship with Logue. When his older brother, King Edward VIII (Guy Pearce), abdicates the throne, Bertie becomes king and must summon the courage and authority to lead his country into war.
A sensitive and penetrating character study in the guise of a rich historical period piece, The King’s Speech probes the intriguing concept of a powerful man locked in a struggle to accept his own authority. As a member of the Royal Family, Bertie enjoys powers and privileges that are alien to most people, yet he feels powerless and frustrated. It is the camaraderie that blooms between Bertie and Logue that allows him to break free from this pattern and embrace his own uniqueness.
A fascinating look inside the mind of a great man, The King’s Speech boasts heartwarming performances from an accomplished cast, particularly Firth and Rush, whose combative, respectful and tender friendship forms the heart of this touching film".
4. JANE ODIWE WILL BE MY GUEST ON TALKING JANE AUSTEN WITH... 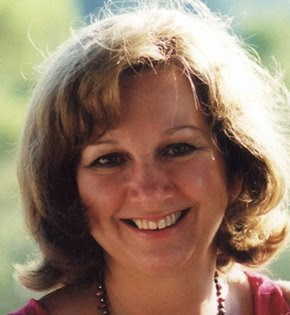 Do you remember? I've recently read a lovely sequel to Sense and Sensibility by Jane Odiwe, Willoughby's Return ( Read my review ). Jane Odiwe has been so kind to accept my invitation and she'll be my guest on "Talking Jane Austen with...". Stay tuned! There will also be a giveaway and Mrs Odiwe will also present her newest novel due to release in February 2011, Mr Darcy's Secret.