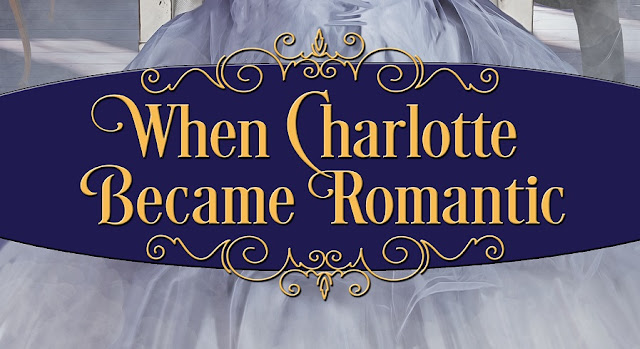 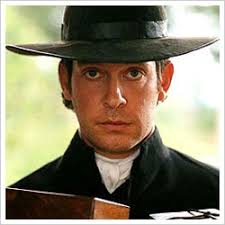 “My reasons for marrying are…”  Mr. Collins paused and considered.  “Forgive me.  I must put these in the correct order.  It was quite a muddle the last time.”
Charlotte Lucas said nothing, merely sighed inwardly at the indelicacy of the man mentioning his previous proposal to her friend Elizabeth Bennet as he was making her an offer.  But, she reminded herself, she could not expect much from the man.
He had his heart set on marrying and had been most—heartbroken was not the right word—shocked when his cousin Elizabeth had refused him.  However, during his past few visits to Lucas Lodge, Mr. Collins had paid Charlotte particular attention, and he was due to leave Hertfordshire on the morrow.  Charlotte was a clever woman; if he would make her an offer, it would have to be today.  His sly looks and careful hints had been sufficient for her to be secure of his regard.
Thus, when she espied him approaching the house late in the day, she had hastened down the stairs and out of the front door to meet him “accidentally,” where they might enjoy a private conversation.  He had started babbling as soon as she led him to the small bench near the entrance to the garden.
“First, it is the particular recommendation of my noble patroness, Lady Catherine de Bourgh, who has condescended to promise that she will visit my wife following our nuptials.”  Charlotte was not surprised that Lady Catherine formed the primary reason for his matrimonial intentions; he mentioned his patroness in every other sentence he uttered.  If Lady Catherine informed him that the new fashion was for gentlemen to wear yellow stockings, he would be sporting them the following day.
“Secondly,” he continued, “I believe it is the right thing for any clergyman in good circumstances to set the example of matrimony in his parish.” At least Mr. Collins had given some consideration to the souls under his care.  Previous conversation with the man had not given Charlotte high expectations in that direction.
“And thirdly, I am convinced it will add very greatly to my own happiness.” Charlotte tried not to dwell on the thought that he put his happiness third—beneath that of his patroness.
Of course, he had not mentioned Charlotte’s happiness at all, which was a little disappointing.  She had hoped that he might think of it a little.  But disappointment was a useless emotion when it came to Mr. Collins, something she would do well to remember.  She reminded herself again that she could not expect much from him.
It does not signify, she reminded herself. I shall have a home and independence and children. I will be content.
Mr. Collins continued without drawing breath. “And now nothing remains but to assure you in the most animated language of my sincere admiration and love!”  His smile was no doubt intended to appear besotted, but Charlotte thought perhaps his dinner had not agreed with him.
Idly, she wondered if he had used those identical words when proposing to Elizabeth.
When she did not immediately respond, he cleared his throat.  “You are the ardent desire of my heart.” Then he added, “My soul longs for your touch.” 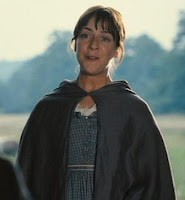 Charlotte was distracted for a moment as she considered how she might touch his soul and whether that could be interpreted as a lewd suggestion.
“I pray you, relieve my agony!” Mr. Collins’s smile was becoming more strained.  “Consent to be my wife and make me the happiest of men.”
How fortunate that I am not romantic.  If I had hoped for a romantic proposal—or indeed a sensible one—I would have been greatly disappointed.  Not being romantic saves me quite a lot of heartache.
Charlotte managed a smile, which likely bore no resemblance to sincerity, but he would not notice.  This is all a charade after all.  He pretends he loves me; I accept his offer with a similar pretense of love.  Neither of us admits that love is not possible with such a short acquaintance. Indeed, Charlotte was not certain that a creature such as Collins was capable of love—or that she herself was anymore.  At least not romantic love; she was certain she could love children.
She straightened her spine. I have made my decision.  This is the best course, far better than the alternative.  “I would be honored to be your wife,” she said softly.
Mr. Collins sprang up from the bench.  “Excellent!  This is excellent news!”  He dithered awkwardly before taking her hand and shaking it enthusiastically.  “I must speak immediately to your most worthy father.”
Charlotte ignored how he stumbled over a flowerpot in his haste to achieve the front door, only allowing herself to wilt against the back of the bench once he had disappeared.
Had the wind turned cool suddenly?  The weather was mild for December, so she had merely wrapped a shawl about her shoulders.  But now a chill seeped through her skin and into her bones.
Well, it is no matter.  The decision is made; I am an engaged woman.  There was no hope her father would decline his permission.  Having hoped to marry her off for more than ten years, her father would probably dance a little jig at the news.
No doubt the Bennet family would perceive her as calculating, believing she had taken advantage of Mr. Collins’s disappointment over Elizabeth to catch him for herself.  And Elizabeth would never understand why Charlotte had accepted such a man.  But they did not understand the truth of Charlotte’s life at Lucas Lodge.  She had given Elizabeth some hints; however, she knew little of the daily reality.  Nobody could possibly understand the dread that settled over Charlotte’s shoulders when she contemplated continued dependence upon her family.
No, she had decided.  Others would not understand, but she must give no consideration to their perceptions.  As Mr. Collins’s future wife, she must inure herself not only to disappointment but also to embarrassment, ignoring how that thought made her stomach knot.  Soon enough she would leave Meryton and the opinions of those she had known all her life.  In Kent, they would not expect anything else of her; they already knew Mr. Collins’s nature.
There was no point in second thoughts or fantasies about how her life might have been different.  Fairy tales were for girls—for women who were romantic, who could afford to be romantic. Charlotte was not among their number, although once she had made the mistake of believing she could be.  But no more.
Charlotte sat demurely. 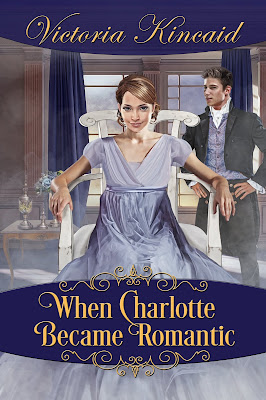 When Charlotte Became Romantic. A Pride and Prejudice Variation

In the original Pride and Prejudice, Elizabeth Bennet’s friend, Charlotte Lucas marries the silly and obsequious clergyman, Mr. Collins.  But what if fate—and love—intervened?
Desperate to escape her parents’ constant criticism, Charlotte has accepted a proposal from Mr. Collins despite recognizing his stupid and selfish nature.  But when a mysterious man from her past visits Meryton for the Christmas season, he arouses long-buried feelings and causes her to doubt her decision.
James Sinclair’s mistakes cost him a chance with Charlotte three years ago, and he is devastated to find her engaged to another man.  Honor demands that he step aside, but his heart will not allow him to leave Meryton.  Their mutual attraction deepens; however, breaking an engagement is not a simple matter and scandal looms.  If they are to be happy, Charlotte and James must contend with her parents’ opposition, Lady Catherine’s nastiness, and dangerous figures from James’s past.

Charlotte had forsworn romance years ago; is it possible for her to become romantic again?

Buy the ebook at Amazon Kindle

Enjoyed the excerpt and hope that there might be more excerpts in the future as would love to see James' reaction to the news of Charlotte's engagement.

It will always make me cringe to see anyone accept Mr Collins. Wonderful excerpt. Look forward to reading!

I really like this idea. Thanks for sharing the excerpt - I’ve always wondered what Mr. Collins’ second proposal looks like.

Well, good for you, Charlotte!

I love Charlotte stories, especially when she gets her HEA. Congratulations Victoria.

She was in a difficult position - both in P&P when we don’t know much, if anything, about how her family treated her and in this story, where it sounds like her family want her married and gone. I think we can easily lose sight of how important it was for a woman - especially one without an independence - to marry and, from a practical standpoint, he was a good option, as distasteful as he was personality-wise. Exploring Charlotte’s viewpoint on the engagement and life in general is intriguing.