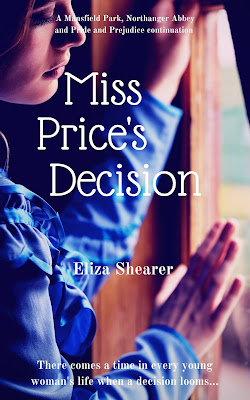 This is precisely what happened two summers ago, upon re-reading Mansfield Park, when I came across a particular sentence that inspired a great deal of Miss Price’s Decision.

Austen begins Mansfield Park with the story of the Ward sisters. As we well know, the youngest marries a Lieutenant Price, whom her family does not approve of, and ends up in Portsmouth with a rather miserly life, a drunk husband and a large brood.

Fanny, the eldest Price daughter, is sent to live with the Bertrams in Mansfield Park aged only 10. When, later in the novel, she returns to her parents’ home for a visit, she sees for the first time in years her younger siblings, who still live there: Susan, Sam, Tom, Charles and Betsy.

As for the other Price children, William is in the Royal Navy, Mary is deceased, and the remaining two older boys are no longer at home. John, the second boy, is “a clerk in a public office in London”, whereas Richard is “midshipman on board an Indiaman.” 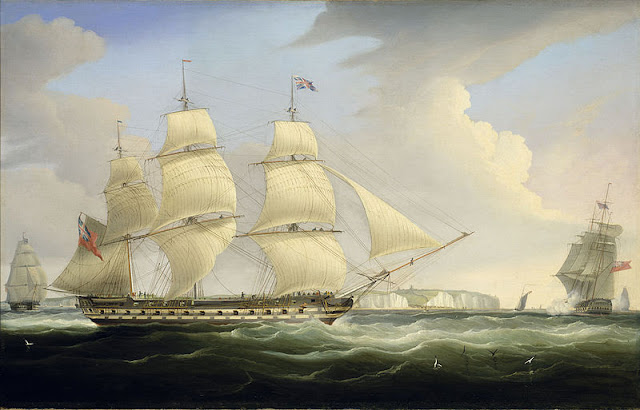 On board an Indiaman

‘Indiaman’ was a generic name used for any merchant sailing ship travelling to and from the East or West Indies. There were ‘East Indiamen’, which sailed to India, and ‘West Indiamen’, built specifically to withstand storms in the Atlantic in their trips to the East Indies.

Indiamen weren’t small ships. They were designed to carry substantial loads, some of over 1,500 tons. The dangerous journey also required them to be well-armed and prepared to fight piracy if necessary.

Finding out about Richard really helped to shape my story about Susan Price. Richard was the closest brother to Susan in age; they were probably playmates as children. And there was no reason to believe that Richard left for the East Indies on his own.

Enter Jamie Gartner, a Portsmouth orphan: he is a childhood friend of Richard’s who has just lost his poorly mother and is desperate to find a future for himself. Richard decides that he, too, wants to sail to seek adventure and his fortune, so off they go.

Jamie is charismatic and good fun, but also kind-hearted. He is a great comfort to Susan upon the death of her sister Mary, who is her best friend. Needless to say, Susan is quite in love with him at fourteen.

What follows is an excerpt of Miss Price’s Decision in which Susan’s memories of Jamie right before he and Richard leave Portsmouth for the East Indies. I hope you enjoy it!

I thought a lot about Jamie and our shared past. A memory in particular, one that I had long kept hidden in the depths of my heart, became particularly recurrent. On the day before his departure, my mother sent me to fetch my brothers, and I found them by the Square Tower on Broad Street, where local boys often congregated to fly homemade kites. It was getting dark and the wind was as cold as an icy knife. Huddled by the wall of the old medieval fortress, my younger brothers, under Richard’s supervision, were untangling the lines of several kites that the wind had bundled together. Jamie was standing nearby, and the minute he saw me, signaled me to follow him to the steps at the back of the building, where the mighty walls of the Tower hid us from the sight of anyone but the fishermen in their boats that appeared on the horizon. I had never seen him look so serious.
“Susie, do you know why I am leaving?”
“Of course I do. You want a better life,” I mumbled.
“If I remain in Portsmouth, I will forever be poor orphaned Jamie.”
I nodded and lowered my head. Clumsily, he took my hand in his.
“We will hear of each other through Richard. I will make sure he writes home like no other sailor has done before.”
“I’m not sure you will remember,” I mumbled. “The world is a big place.”
“Perhaps, but I could not forget you, even if I tried.”
I blushed, and he gave me a sweet, sad smile. In the distance, I heard Richard shout my name. The boys must be ready to go back to the house, but I was rooted to the spot.
“I will be back, Susie. I will bring you a Chinese cabinet, just like the one in Mrs Maxwell’s front room, and then I will ask you to marry me. I promise.”
He gazed lovingly into my eyes. My brother’s voice was growing insistent, but not even the sound of a fire bell would have made me look away. Slowly, as if pulled by an invisible force, our heads became closer. I closed my eyes and our lips met for the first time. His lips were soft and his chin prickly, for he had just begun to shave on Sundays, and he smelt of sea bream and musk. It lasted an instant, but my whole being tingled at his kiss and I was changed forever. I began to shake.
“You are trembling. Let us get you home,” he whispered.
We returned to the front of the building, where my brothers were waiting. Thankfully, only Richard seemed to understand what might have happened, and other than winking at Jamie, he did not give me grief.
The following night, after waving him goodbye from the pier, I cried myself to sleep. Jamie, my best friend since Mary’s death, with whom I had shared time, dreams, secrets and fears, was to be no longer by my side, and I did not think I could ever love another. 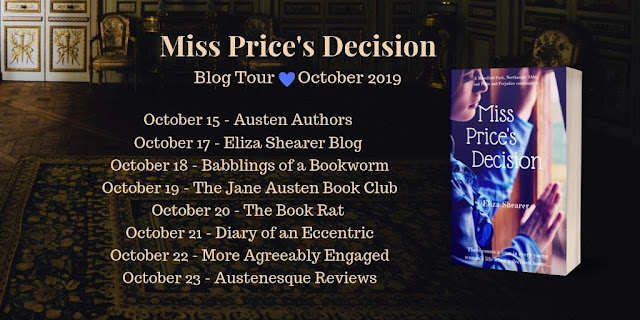 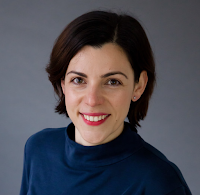 Eliza Shearer has been a Jane Austen fan for as long as she can remember, regularly convincing family and friends to join in on pilgrimages to Austen-related sites and events. She is the author of the Austeniana series of Austen-inspired variations, which include Miss Darcy’s Beaux and Miss Price’s Decision.

Having lived in different countries, Eliza is fluent in several languages and now lives in Edinburgh, Scotland, with her husband, two children, and a tortie cat. Eliza is very partial to satin slippers, but like her namesake Elizabeth Bennet, she has never cared much for cards.

a Rafflecopter giveaway
Posted by Maria Grazia at 12:16

Love the premise and enjoyed the excerpt. It made me wonder if her and Jamie meet again in the story?

Poor Susan and Jamie, how sweet

This sounds like a great idea! I’ve never heard of a story about Susan Price before, but now that you’ve written one, I cannot believe it isn’t a more common story continuation.

Internet Safety for Kids: 10 Guidelines to Help You Protect Your Children Online
https://thekochfamilys.blogspot.com/2020/01/internet-safety-for-kids-10-guidelines.html

Ten Educational Toys that will Excite your Toddler
https://thekochfamilys.blogspot.com/2020/01/ten-educational-toys-that-will-excite.html

Remedial Reading: Is It The Definition Of Insanity?
https://thekochfamilys.blogspot.com/2020/01/remedial-reading-is-it-definition-of.html

How To Hire The Perfect Nanny
https://thekochfamilys.blogspot.com/2020/01/how-to-hire-perfect-nanny.html

Child Temper Tantrums - Tops on the Best Way to Deal With Them
https://thekochfamilys.blogspot.com/2020/01/child-temper-tantrums-tops-on-best-way.html