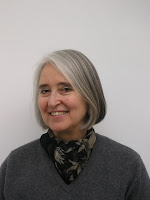 Maya Slater mainly writes fiction, but she also writes theatre and book reviews, mainly for the Times Literary Supplement. She keeps up her academic interests, and is currently a Senior Research Fellow of her  old college, Queen Mary, University of London. She is my guest today  to talk Jane Austen with me and to give you the chance to win a signed copy of her latest book, The Private Diary of Mr Darcy (USA 2009) first published in the United Kingdom as ‘Mr Darcy’s Diary’.
For further information visit Maya Slater's official site.

First of all thanks for accepting my invitation and being here with us on My Jane Austen Book Club, Maya.
It’s a real pleasure. I look forward to answering your questions.
Now, let’s start with our chat.
What are the qualities/adjectives that comes to your mind if I say … Mr Darcy?
Proud, superior, self-conscious on the one hand, and on the other benevolent, philanthropic, shy, introverted, honourable. The adjectives I’ve chosen reflect the Mr. Darcy who grew for me as I wrote my book but they’re also true of Jane Austen’s original. 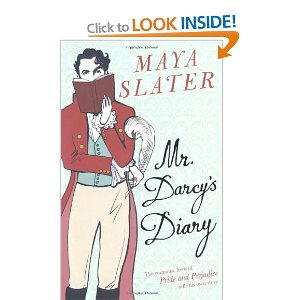 Are those the features that have made him a hero beyond time?
I wonder if his pride, which I put first, is the most romantic of his qualities: there’s nothing more attractive than seeing a proud man’s defences crumble when he finds himself passionately in love with a woman whom his family and friends regard as far beneath him.
What are the secret aspects of his personality  you decided to investigate?
There are long passages in Pride & Prejudice where Elizabeth and Darcy are apart, often in different parts of England. But as I was writing a diary, I wanted to include an account of Darcy’s life on his own, as a young man about town, and during a visit to his old schoolfriend Lord Byron, for example.
I’ve read on your site that  when you started writing “Mr Darcy’s Diary” , Mr Darcy led you where he wanted to go – and you found that he was taking you to places where Jane Austen could never have followed. This made me extremely curious! What could you add without giving away great spoilers?
I did a good deal of research into the Georgian period for my novel, and it became clear to me that Jane Austen shows us only the side of Darcy which would be seen by the ladies around him. Writing his private diary, I had to make him give a frank account of things which he would not wish any lady to know. In particular, I realised very quickly that rich young bachelors in Darcy’s time would certainly have had relationships with women long before seeking a bride. I had to investigate that side of him.
What do you think was Elizabeth’s biggest mistake, if she made any, with Mr Darcy? And what Mr Darcy’s with Elizabeth?
I think her biggest mistake came at the beginning of the book, when she sees everything Darcy does in a negative light, jumps to the conclusion that he is insufferable, and finally sides with Wickham against him without thinking.
His mistake is his belief that he is superior to her and is doing her a favour when he first proposes to her. It is only when he has learnt some humility that he becomes worthy of her. 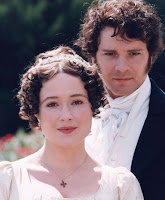 When did you read Pride and Prejudice for the first time? How much has your vision /interpretation of the characters and their relationships changed since then?
I can’t really remember when I first read Pride & Prejudice. My mother loved Jane Austen, and I was brought up knowing about her. When I first read her for myself I was definitely too young to understand the ins and outs of the love affair, the cynicism of Charlotte’s marriage to Mr. Collins, the fact that Elizabeth’s parents are so poorly matched, and many other nuances.
Would you change the destiny of any of the characters?
Would I presume? I do think, though, that Lydia Bennet’s destiny is terribly harsh. She is only 15 when she elopes, far too young to foresee the consequences of her folly. I hate to think of her shackled for life to Wickham, with his selfishness, his gambling habit and his profligacy. 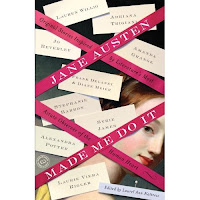 Would you write a spin-off for any of them?
Not a full-length one for the moment. But you never know... Only last month my short story ‘Letters to Lydia’ appeared in the anthology Jane Austen Made Me Do It, edited by Nattress. It’s the story of Pride and Prejudice seen through the eyes of Charlotte Lucas’s silly romantic little sister, Maria.
What about the TV/movie adaptations we’ve had so far? Have you got a favourite one?
It has to be the Andrew Davies’s 1995 BBC adaptation. And not just because of Colin Firth as Darcy, either! I loved the way Davies managed to incorporate so much of the original dialogue. In other ways, too, this version is the closest to Jane Austen’s novel.
What is the appeal of Austen’s world to you?
She is a great, great writer – brilliantly witty, satirical and yet compassionate. I love the way she presents the Regency period, the elegance and the leisurely pace of life. The characters are so vividly portrayed that I feel I know them as people – and every time I read one of her books, I learn something new.
Try to present your book to our readers in about 50 words.
In Austen’s novel, Mr Darcy is enigmatic – and I realised just how little time Austen allows him and Elizabeth to spend together during their tempestuous courtship. Writing his personal diary gave me scope for an honest description of the private life of a rich young gentleman about town. This life soon became complex and branched out in unexpected directions. For example, at one stage he becomes engaged to another young lady. And there were many other surprises – for me as well as the reader!
What’s next in your writing career? Are you working on a new project?
Yes – I’m well into a new novel set during the Second World War. A very different enterprise!
Great! That’s all for now. Thanks for your time. It was a pleasure to talk with you, Maya. Have you got a good  question to ask our readers? They’ll have to answer it in order to enter the giveaway contest attached to this guestpost. They ‘ll get a chance  to win a copy of your “Mr Darcy’s Diary”.
I enjoyed answering your questions, Maria Grazia.
My question to your readers is: At the end of Pride and Prejudice, we are told that Mr Bennet spends much of his time staying at Pemberley with Elizabeth and Darcy, but we are not told what happens to Mrs Bennet once her daughters are married. What do you think became of her? 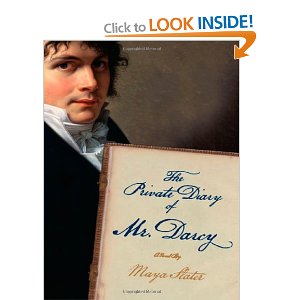 I think she finally got shipped off to a rest home and lived out her days between vexation and comfort that her daughters were married.
NIcki Nawrot

Maybe she found an officer for herself? She did admire those red coats! :)

I think she will be always visiting her daughters, she's such a mom, you know, trying to make herself useful with them or spending time her grandchildren, because if i were a mom i'll be very sad once my daughters went away!

I have a feeling she did a lot of traveling, visiting all the married ladies and trying to get Kitty and Mary hitched too. But I'm betting she spent the most time with "dear Lydia" ;o)

Well, I think that Mrs. Bennet wouldn't be welcome to either place during that time, but she might be staying there from time to time - for a short while. However, I also think that she'll be busy getting Mary and Kitty married, so she'll be staying at Longbourn a great deal too.

I think she found being with Mr. Darcy to much for her and she went on to stay with the other sisters. Perhaps traveling between to make appearances etc. I'm sure she would not be too greatly missed by Mr. Bennett who would have found it very quiet and was able to do a lot of reading in her absence. lol!

I enjoyed the interview and as to your question-

I think that Mrs. Bennet is far to busy attempting to marry off her remaining daughters while lording it over the neighborhood of her present 'successes' to do any visiting. But even if she were, I don't see an invitation from Pemberley forthcoming and I can't imagine Wickham would allow Lydia to invite her mother either.

After all of her daughters are married, I'm sure Mrs. Bennet spent her time boasting about the pin money and fine carriages Mrs. Darcy had! 5 daughters married, a little bit of bragging and some gossiping with the neighbors sounds like a good day in her world.

Thanks for the giveaway!
hmoll(at)nycap(dot)rr(dot)com

Mrs Bennet is interfering in her daughters' lives, of course!!!

What a nice question! I've always thought that Mrs Bennet spent her life boasting about her daughters' good luck!!!! And of course making plans for poor Mary and Kitty!!!!
Please enter me in the giveaway:
maribea at tiscali.it

She still had two daughters to marry off, so that was probably her focus. After all her daughters married, she traveled around visiting family and friends bragging and gossiping.
marlenebreakfield(at)yahoo(dot)com

As an avid Mrs. Bennett fan, my educated guess would be that Mrs. Bennett spent her days visiting her daughters. As a devoted, albeit hilarious, mother she would be unhappy doing anything else.

I believe she had a fatal case of the vapours and keeled over while eating cake on the couch. Mr Bennet finally has his freedom! elaine489 at gmail dot com

Mrs Bennet spent all her time flitting from daughter to daughter, interfering, boasting, gossiping, leaving a wake of nerves and flutters behind.

Thank you for the giveaway.
cherringtonmb(at)sbcglobal(dot)net

Being in Longburn talking how much proud she is about her daughters marriages and trying to match Mary and Kitty.

I think that once or if she gets Mary and Kitty married, She will spend a majority of her time with Lydia since she was her favorite and then visiting her other daughters a couple times a year.

I think she stayed at home with calme nerves... for a little while... then she had Mary and Kitty to marry off!!

I think she divides her time with Jane & Bingley at Netherfield Park, at home with her remaining daughters and Newcastle or where ever the Wickhams reside. Mrs Darcy would only invite her for Christmastide to spare Mr Darcy the uneasiness of socialising with her.

Most probably she left Mary alone but Kitty got spoiled and had to marry an officer ;)))