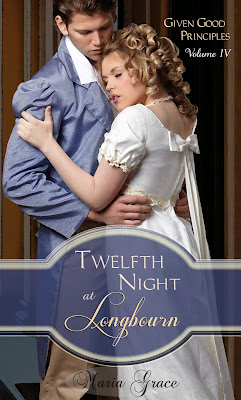 Given Good Principles started as a three part series that explores what Jane Austen’s’ Pride and Prejudice’ might have looked like if Darcy’s pride and Elizabeth’s prejudice no longer played a central role in their relationship. For both, mentors and situations provide opportunities for reflection and growth, making them very different people when they meet. Our beloved characters remain true to their essentials while they make different and arguably better decisions throughout.

I thought I was finished after Vol 3, All the Appearance of Goodness, but the characters did not agree. In the editing process, Kitty Bennet’s story ended up cut out of the finished version, and apparently she did not like that. She would not leave me alone until I gave her a share in the conversation.

Bu even then, she was a difficult muse, stubborn and disobedient. I had to start to book over not once but five different times before she was satisfied enough to let me finish.  And even then, she would not let me see the end of the story until we got there. She took me on twists and turns that I did not expect, right up until the ending.

I have to confess though, by the end, I did enjoy the merry chase she drew me along and I hope you do too. Here’s a little preview of some of where she took me.

Sunrise stole into her room and teased her awake. She tried to hide under the counterpane, but it stole through the cover, tormenting, until she opened her eyes and surrendered. Botheration! She must remember to close the curtains at night. Perhaps if she closed them now—
She stole to the window and peeked out. Street sweepers already attacked the streets with their brooms. Carts loaded with goods trundled past. Doubtless the staff was already busy as they would have been at Longbourn. No use returning to bed. A fall-front day dress that required no assistance from a maid and a simple bun in her hair would do for the day. She crept downstairs.
It was Christmas Eve. At home, she and her sisters—no wait, no one would be there to go out to cut evergreen and holly boughs for decorating the house. She stopped and sank down to the stair step, face in her hands. All those things she used to do with her sisters were over, and she might now be alone, forever.
The scent of cut boughs tickled the edges of her imagination, so real she might reach forth and stroke the needles.
“Oh, Miss!”
She gasped and jumped up. A young maid stood two steps below, her eyes very wide. “I am sorry Miss—a delivery just come for you downstairs.”
Kitty followed her into the foyer. A pile of evergreen boughs, a bunch of holly branches and a clump of mistletoe lay against the wall. The housekeeper appeared and handed her a card.
She opened it. We will miss gathering greens with you this year. When you arrive, we can collect more if you like. But for now, these will have to do.~Lizzy
Kitty forced back the lump in her throat. Her sisters, the older ones at least, were all that was good and kind and thoughtful. Even if she did not marry, there would still be those who cared about her.
“Are you pleased?” Miss Darcy peeked over the housekeeper’s shoulder.
“Pleased and very surprised.” Kitty knelt beside the evergreens and pressed her face into the needles.
The fragrance embraced her. She could almost hear the happy echoes of Christmas Eve at Longbourn.
Miss Darcy clapped softly. “I am so happy. It was dreadful difficult to keep the secret.”
“Secret?”
“Yes, Mrs. Darcy made the arrangements as soon as she invited you to come.” Mrs. Hartwell stepped around Miss Darcy.
“Just this morning, I was pining for the times we would go out in my father’s woods to cut these.”
“The woods at Pemberley have evergreen and holly aplenty and hellebore, too.”
“Oh, I love Christmas roses.”
“We shall have to look for some when we get there.” Miss Darcy clapped softly.
“Shall we hang these?” Mrs. Hartwell lifted a branch.
Miss Darcy gathered several small branches. “Oh yes, let us do. Though first we must save some for a kissing bough.”
“A what?” Mrs. Hartwell frowned.
“A kissing bough. Have you ever made one, Miss Bennet?”
“Mama insisted we fashion one each year. I often caught my father stealing kisses from her below it. My sisters and I would take turns keeping watch and counting how many berries he plucked himself.”
“I never thought of a husband stealing kisses from his wife. What a novel idea. I wonder if my brother—”
“That is not a proper thought for a young lady to consider.” Mrs. Hartwell’s tone sliced the air between them.
Kitty flinched. Catherine would not have told that story. Would she ever learn?
Miss Darcy sighed. “Is a kissing bough equally improper?”
“Since it is just us ladies here, and we are to depart in a few days, I find little harm in it.”
Kitty bounced on her toes. “What fun!”
Kitty and Miss Darcy selected the best of the greens and mistletoe while Mrs. Hartwell dashed upstairs for ribbon. They met in the morning room, where the housekeeper waited with two wire hoops saved from kissing boughs from years gone by.
“You hold these together,” Kitty placed the hoops in Miss Darcy’s hands, “whilst we tie them.”
It took them several tries and much laughter before the wire frames were secured into a sphere. They giggled and argued in the way of good-natured sisters as they trimmed and fastened boughs around the form.
“Apples! We must have some apples!” Miss Darcy disappeared for a moment and returned with a small bowl of bright fruit.
Fluffy bows attached the apples around the sphere and a cluster of mistletoe to the bottom.
“How beautiful!” Miss Darcy called for a footman to help them hang it near the parlor door.
Mrs. Hartwell stepped back and cocked her head to and fro. “I must say, that is much more attractive than I expected.”
“She is not easy to please, is she?” Kitty tittered.
Miss Darcy stared up and twirled underneath the mistletoe. “No, she is not.”

At least for other people.

In the months after her sisters' weddings, nothing has gone well for Kitty Bennet. Since Lydia’s infamous elopement, her friends have abandoned her, and Longbourn is more prison than home. Not even Elizabeth's new status as Mrs. Darcy of Pemberley can repair the damage to Kitty’s reputation. More than anything else, she wishes to leave the plain ordinary Kitty behind and become Catherine Bennet, a proper young lady.

Her only ray of hope is an invitation to Pemberley for the holidays. Perhaps there she might escape the effects of her sister’s shame.

Getting to Pemberley is not as simple as it sounds. First she must navigate the perils of London society, the moods of Georgiana Darcy, and the chance encounter with the man who once broke her heart. Perhaps though, as Catherine, she might prove herself worthy of that gentleman’s regard.

But, in an instant all her hopes are dashed, and her dreams of becoming Catherine evaporate. Will Kitty Bennet's inner strength be enough to bring her heart's desire?

On an ordinary night perhaps not, but on Twelfth Night, it just might be enough. 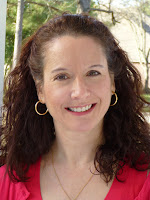 Though Maria Grace has been writing fiction since she was ten years old, those early efforts happily reside in a file drawer and are unlikely to see the light of day again, for which many are grateful.

She has one husband, two graduate degrees and two black belts, three sons, four undergraduate majors, five nieces, six cats, seven Regency-era fiction projects and notes for eight more writing projects in progress. To round out the list, she cooks for nine in order to accommodate the growing boys and usually makes ten meals at a time so she only cooks twice a month.

She can be contacted at:

a Rafflecopter giveaway
Posted by Maria Grazia at 13:53

what I am curious about is where authors are willing to take such a classic story into their own storytelling........if that makes sense.....

The main reason I want to read this book is - I won the 3rd one and I have just ordered volume 1 and 2 from amazon yesterday and so this would complete the set, unless there is more to come.

I am glad with this book. Finally, It is the complete the saga. I cannot wait to read it.
Thank you for the opportunity ;)

I'm curious to know why Kitty would want to reinvent herself into someone she is not. Even if she succeeds, there is a chance that she will make the same mistakes as before. I say just accept it and move on.

I love stories aabout Kitty, and this book sounds interesting. I've read the first book in the series, and loved it.

What I'm most curious about, as always, is how the story is turned about compared to the original story lines featuring the Bennet's and their daughters. I love just about anything that is JA-related, and looking forward to reading about Kitty. There aren't a lot of the JA-inspired stories featuring her and I think it would be nice to see more of her.

Thank you for the giveaway!! :)

Sorry. Having a really hard time posting this comment. This sounds very interesting - the 12th night theme and P&P. Also like to see what other Austen inspired fiction writers are writing.

curious to see her take on the P&P-inspired story.

Hmm, this Mrs Hartwell seems very stiff. I wonder who gets the task of loosening her up...

I am curious about how the younger Bennet sisters turn out - Kitty tries to transform herself into Catherine, but does she truly understand what went wrong with Lydia? I love reading JA stories to see the many ways in which authors envision the characters.