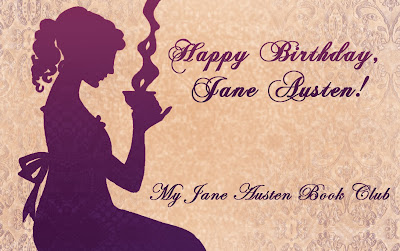 What would my life have been without Jane Austen?

In thinking about how to answer this question, what came to mind first were the thingsI now had since first becoming acquainted with Jane Austen and her writings. She is the first author that struck such a harmonious chord in me that I can pick up any of her books, open it, and read, knowing I will love it no matter how long or how short the passage. I love her way with words, her characters, and have come to love the Regency era.
I have become acquainted with so many others who feel the same way. I have met several because of our mutual affection for this lady who lived 200 years ago. I have made new friends who live nearby, as well as those who live across the country. And there are many more (including Maria!) who live in other countries and whom I would love to meet!
And of course there is the path I began to tread in writing my own novels, something that I had a passing interest in earlier in my life, but never felt I could ever do. Now I have published eight!
To get back to the original question – what would my life have been without Jane Austen? Not having a Jane Austen community, perhaps I would have found another that captured my fancy(cat lovers maybe?). Or perhaps I would be up to my neck in crafts, as I used to do a lot of crafts before I began to write.
Some other things I wouldn’t have: my English Springer Spaniel named Reggie after the dog I wrote about in “Master Under Good Regulation;” half of the books I now own that pertain to Jane
Austen or her novels; friends I have met or corresponded with(who are some of the loveliest people ); eight novels that I have published and four others started, some not in the Jane Austen or Regency genre; and finally,I would not have grown to love the Regency era in England, done tons of research about it, and enjoy stepping into Jane Austen’s world through one of my books or one of the many other authors who share my love and passion for Miss Austen and her writing.
Kara 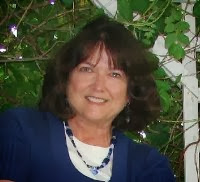 Kara Louise has been writing Jane Austen variations since 2001. She has published eight novels based on Pride and Prejudice, her most recent being Pirates and Prejudice, published this past May. Kara lives in the St. Louis area with her husband, five cats, and Reggie, her English Springer Spaniel dog. She and her husband recently moved there from Wichita, Kansas, to be near their son and his wife, who informed them four days after moving that they are expecting their first child!

As part of the Jane Austen’s Birthday giveaway, Kara Louise is offering to one lucky winner an ebook of choice of any of her eight books. Check it out in the rafflecopter form below!

It's good that Jane Austen brought us together. If not, I might not have known you and your books and meet other like-minded people.