What would my life have been without Jane Austen? Regina Jeffers answers:

If Jane Austen had not quietly crept into my world when I was but twelve, I would have developed a liking for Edith Wharton, and a recent New Yorker article summed it that possibility: “Nobody Likes Edith Wharton.” In 1929, Janet Flanner described Wharton as: “On the whole she finds herself living in a generation in which conversation is lost. She is a dignified little woman set down in the middle of her past. She says that to the greener growths of her day, she must seem like a taffeta sofa under a gas-lit chandelier. Certainly she is old-fashioned in that she reserves her magnanimity for special occasions. In belief she is still nothing of an iconoclast but has become liberal through reflection.”
Now, I ask you what kind of role model would that have been for an impressionable young girl, who was inflicted at birth with the “Cinderella” gene? A girl who craves her “Happily Ever After”? I prefer my characters to learn to love intelligently, as well as to have the weak and the powerless protected by a formal code of behavior. I also prefer the “sound” of Austen’s slightly biting voice in my head rather than the sound of wealth and disdain found in Wharton’s novels. I was raised on the ideals of duty to society, the want for education and extensive reading, religious seriousness, and the need for manners. I required an author who would speak to those issues and provide them importance. So, without Austen, I would go to sleep with images of Selden discovering Lily’s overdosed body or of Zeena tending to Mattie after Ethan Frome’s death. I am much more inclined toward the delicious Mr. Darcy, the honorable Captain Wentworth, and excessively understanding Mr. Knightley to the “reality” of Wharton’s works. In truth, there is already too much reality in my life; I require my HEA to know hope for a brighter tomorrow. That is Jane Austen’s place in my life. 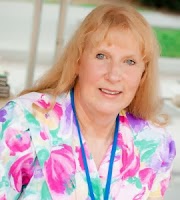 Meet Regina Jeffers
Regina Jeffers is the author of several Austen-inspired novels, including Darcy’s Passions, Darcy’s Temptation, Vampire Darcy’s Desire, Captain Wentworth’s Persuasion, The Phantom of Pemberley, Christmas at Pemberley, The Disappearance of Georgiana Darcy, Honor and Hope, and The Mysterious Death of Mr. Darcy. She also writes Regency romances: The Scandal of Lady Eleanor, A Touch of Velvet, A Touch of Cashémere, A Touch of Grace, A Touch of Mercy, A Touch of Love and The First Wives’ Club. A Time Warner Star Teacher and Martha Holden Jennings Scholar, Jeffers often serves as a consultant in language arts and media literacy.

Giveaway (see rafflecopter form)
An Autographed Copy of Regina Jeffers’ award-winning Christmas at Pemberley plus a special treat, a signed “Theo Darcy” magnet, a symbol of the Pride and Prejudice Readers’ Choice Story: The Darcy Brothers, now going on at Austen Authors http://austenauthors.net/ – new chapters added every Wednesday.
a Rafflecopter giveaway
Posted by Maria Grazia at 20:00

Thank you, Regina and Maria, for the privilege to read such a delightful post, it rang so many bells :) and it really made my day!

I can only hope to come across other lines as beautiful and thoughtful as these!

I purposely chose something a bit out of the ordinary. When I still taught school, Wharton was part of my curriculum. It was an interesting contrast to Austen. Thanks for joining us todya.

Thank you for the valuable information.iam very much impressed with this one.
Looking forward for the good posts.
whatsapp gb apk download