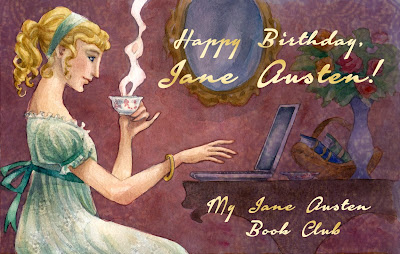 If I’ve Told You Once…
The Importance of Jane Austen
By Linda Beutler, author, The Red Chrysanthemum

“If I’ve told you once, I’ve told you one hundred times…”* we would all be a lot less clever but for the innovative use of Regency slang by that undisputed goddess of English belles lettres, Jane Austen. With her irrepressible* spirit and elasticity* of mind, Jane set a new standard for—brace yourself*—common usage in the romance novel. What we assume are colorful turns of phrase that have always been at our disposal as fiction writers, came into being through the sculpted nib of this remarkable, if sober-looking* spinster. Jane Austen continues to be the excitor* (exciter in American English) of our imaginations as the obtrusive* old maid aunt with unmodulated* mirth and a love of pink-faced* shopboys*, forever on the gad* at fashionable watering-places*. So gather your fragmented* phrases and stand your chance* in the world of Jane Austen Fan Fiction, taking palliation* in the knowledge that dear Jane volunteered* to play high* with the language,  that her success might chaperon* generations of future scribes to greatness, or at least the ambition to it.
If you don’t believe me, shut up*.
So happy birthday, Dear Author, I look forward to your attendance at my next dinner-party*. Just ring the door-bell* and let yourself in.
*First coined by, attributed to, or used with a new connotation by Jane Austen. Information source, Oxford English Dictionary, online edition. 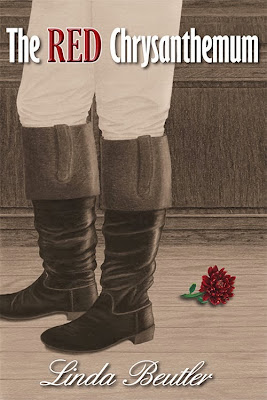 Linda Beutler is an Oregon native who began writing professionally in 1996 (meaning that is when they started paying her...), in the field of garden writing. First published in magazines, Linda graduated to book authorship in 2004 with the publication of Gardening With Clematis (2004, Timber Press). In 2007 Timber Press presented her second title, Garden to Vase, a partnership with garden photographer Allan Mandell. Now in 2013 Linda is working with Meryton Press.

Linda lives the gardening life: she is a part-time instructor in the horticulture department at Clackamas Community College; writes and lectures about gardening topics throughout the USA; and is traveling the world through her active participation in the International Clematis Society, of which she is the current president. Then there's that dream job--which she is sure everyone else must covet but which she alone has-- curator of the Rogerson Clematis Collection, which is located at Luscher Farm, a farm/park maintained by the city of Lake Oswego. They say to keep resumes brief, but Linda considers Garden With Clematis her 72,000 word resume. She signed on as curator to North America's most comprehensive and publicly accessible collection of the genus clematis in July 2007, and they will no doubt not get shut of her until she can be carried out in a pine box.

And now for something completely different: in September 2011, Linda checked out a book of Jane Austen fan fiction from her local library, and was, to put it in the modern British vernacular, gob smacked. After devouring every title she could get her hands on, she quite arrogantly decided that, in some cases, she could do better, and began writing her own expansions and variations of Pride and Prejudice. The will to publish became too tempting, and after viewing the welcoming Meryton Press website, she sent her child before the firing squad. Luckily, the discerning editors at Meryton Press saved the child from slaughter, and Linda's first work of Jane Austen-esque fiction, The Red Chrysanthemum, is ready for publication.

Linda shares a small garden in Southeast Portland with her husband, and pets that function as surrogate children. Her personal collection of clematis numbers something around 230 taxa. These are also surrogate children, and just as badly behaved.
You can buy the book at Amazon or B&N

LOL! Fun observations about Jane and her books.

Did she really started using all these Regency slang? It seems so modern to me. I'm amazed that she created a whole new vocabulary and inspired many authors to follow suit.