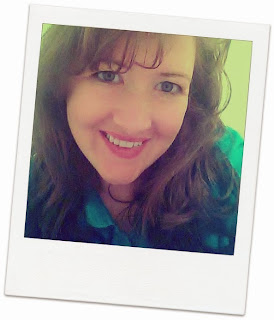 I read my first Austen novel at age 12, so 3/4 of my life has been impacted by her humor and sense of proper romance. I've aspired to her sly but gentle wit, looked to her for fashion sense, held strong to the romantic ideal of marriage for love alone, and above all, let Jane Austen guide my writing and reading.

What is a story without richly drawn characters and abiding passion? Nothing.
What kind of book would have action without thought, marriage without love, and society without a healthy dose of humor? Dry and boring.
In the end, even my career has been impacted by Jane. I aspire to writing the sort of witty romance than has one laughing, then sighing with satisfaction at the ending.
Mary Jane / Virginia 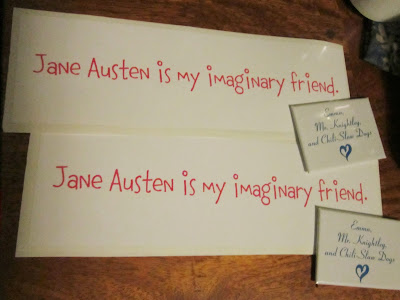 Mary Jane Hathaway is the pen name of an award-nominated writer who spends the majority of her literary energy on subjects un-related to Jane Austen. A homeschooling mother of six young children who rarely wear shoes, she’s madly in love with a man who has never read Pride and Prejudice. She holds degrees in Religious Studies and Theoretical Linguistics, and has a Jane Austen quote on the back of her van. She can be reached on facebook at her regular author page of Virginia Carmichael (which is another pen name, because she’s just that cool). 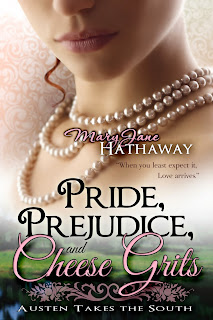 Shelby Roswell is a history professor on the fast track to tenure until her new book is crushed in a review by the famous historian, Ransom Fielding. She struggles to regain her momentum only to discover that Fielding has taken a visiting professorship at her college. The place that was once a refuge from the poverty of her past is now a battlefield of Civil War proportions.


Ransom is still struggling with his role in his wife’s accidental death six years ago and was hoping a year at Shelby’s small college would be a respite from the reminders back home. He never bargained for falling in love with the one woman who would give anything to make him leave. Together Shelby and Ransom learn that home is never very far away, and when you least expect it, love arrives.
With a cast of Civil War re-enactors, an evil wedding planner, antebellum mansions, and a mystery hidden within an old diary, 'Pride, Prejudice and Cheese Grits' will take you on a touching and hilarious ride through a modern South you haven't seen before. NOW WITH RECIPES 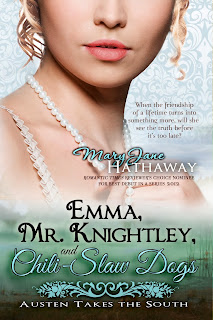 Caroline Ashley is a journalist on the rise at the Washington Post until the sudden death of her father brings her back to Thorny Hollow to care for her mentally fragile mother. The only respite from the eternal rotation of bridge club meetings and garden parties is her longtime friend, Brooks Elliott. A professor of journalism, Brooks is the voice of sanity and reason in the land of pink lemonade and triple layer coconut cakes. But when she meets a fascinating, charismatic young man on the cusp of a brand new industry, she ignores Brooks’ misgivings and throws herself into the project.


Brooks struggles to reconcile his parents’ very bitter marriage with his father’s devastating grief at the recent loss of his wife. Caroline is the only bright spot in the emotional wreckage of his family life. She’s a friend and he’s perfectly happy to keep her safely in that category. Marriage isn’t for men like Brooks and they both know it… until a handsome newcomer wins her heart. Brooks discovers Caroline is much more than a friend, and always has been, but is it too late to win her back?
With a scheming playboy, a feisty grandmama, a crooked antiques dealer, some contra dancing and a returning cast of Civil War re-enactors, ‘Emma, Mr. Knightley, and Chili-Slaw Dogs’ brings you back to a modern South only Jane Austen could have imagined.

a Rafflecopter giveaway
Posted by Maria Grazia at 23:30

And your adaptations sure fit the bill! Well done, Virginia!

Sometimes I talk to my own imaginary friends, Jane Austen & Lizzie Bennet ;) They too inspire my sense of fashion!

This is a great post. I like this topic.This site has lots of advantage.I found many interesting things from this site. It helps me in many ways.Thanks for posting this again.
artificial intelligence internship | best final year projects for cse | internship certificate online | internship for mba finance students | internship meaning in tamil