What Would My Life Have Been Like Without Jane Austen? Less—my life would have been less, for a variety of reasons.

First of all, Jane Austen taught me the thrill of delayed gratification in fiction. I’m not saying she was the only author who made me wait for a satisfying ending to a story. But I believe she was the first author whose writing made the wait a joy rather than a chore. Her 18th Century sentence structure and vocabulary slowed my reading WAY down as I tried to parse her unfamiliar style. That slower pace meant I could watch Jane elicit nuances of character that were by turns amusing (the willful stubbornness of Emma Woodhouse) and delightful (the bright, sparkling wit of Elizabeth Bennet) and poignant (the dual natures of Mary and Henry Crawford) and moving (the agony and joy of Anne Eliot as she finds the life she truly wants.)

I first began reading Austen as a graduate student, and the frenetic pace of devouring journal articles for class work or in search of theories for literature reviews was wearing on me. Reading Jane was a fun way to step back from that for a while. Surprisingly though, I began to notice that the patience I’d developed by reading Austen was spilling over into my other reading—into my nonfiction reading. Then that patience began to show itself in my research writing too.

Many years later, when I began writing fiction, that lesson spilled over into my stories as well. And as any author knows, patience is the Big Virtue—the quality that carries you through to the end of writing a novel. Jane provided not only the lesson of patience, but she became a mentor of sorts while I dissected her characters and plots and extrapolated them into Austenesque stories set in other times and places.
So profound was her influence on me that I’m not sure I would have been an author without her, and that twist of fate made a huge difference in my life—it became the part of me that wasn’t defined by my work, or my friends, or my husband and children. It was a part of me that was truly my own.
If there had been no Jane Austen, I still could have had a happy life—a good one—but I can’t help but think that it might have been significantly…less. 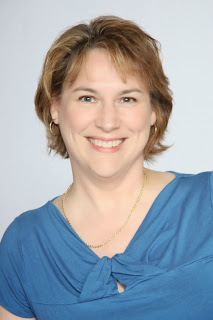 Karen M Cox writes novels accented with romance and history. Her first two published novels, 1932 and Find Wonder in All Things, each one Independent Publisher Book Awards for Romance, in 2011 and 2012, respectively. Find Wonder in All Things was a Next Generation Indie Book Finalist in Romance for 2013. Her latest offering, At the Edge of the Sea, was released in October, 2013 from Meryton Press.

Karen was born in Everett, Washington, the result of being the daughter of a United States Air Force officer, and before the age of twelve, she had lived all over the US—including stays in North Dakota, Tennessee, and New York State. Her family then returned to their home state of Kentucky, and she still lives there in a quiet little town with her husband, son and daughter. She works as a pediatric speech-language pathologist, and spends her spare time reading, writing, and being a wife and mom.

At the Edge of the Sea page: https://www.facebook.com/karenmcoxATEOTS

a Rafflecopter giveaway
Posted by Maria Grazia at 09:30

It's amazing to see how much Austen influence us, even after 238 years...

I love that you found it slowed down how you read when you picked up Jane Austen, Karen, and what details you then picked up on.

Jane Austen has taught us different things to different people. I'm pleased that you have found patience in your work and life.